His real name was Roy Harold Scherer, Jr. Hollywood needed something more glamorous on theater marquees, so it took two of the world’s natural wonders – the Rock of Gibraltar and the Hudson River – and baptized the 6’4″ truck driver from Winnetka, Illinois (population of 12,105 in 1950) with a moniker crafted from the first words of each. A star was born. The first matinee idol of his kind, Rock Hudson ushered in the era of the earthy he-man.

Indeed, the hunk was all about the American outdoors. In “Giant” (1956), Hudson is the quintessential cowboy, a strapping figure that races on horseback across the Texas planes amid a panorama of mountains and a vast sky. As Jane Wyman’s love interest in “All That Heaven Allows” (1955), he’s a gardener in jeans and a lumberjack top, with trees building high and a storm of leaves his habitat. Even in his pairing with Doris Day in some of the best romantic comedies ever made – “Pillow Talk” (1959), “Lover Come Back” (1961), and “Send Me No Flowers” (1964) – Hudson is every lady’s stud and every dude’s pal. Yes, guys liked him, too. 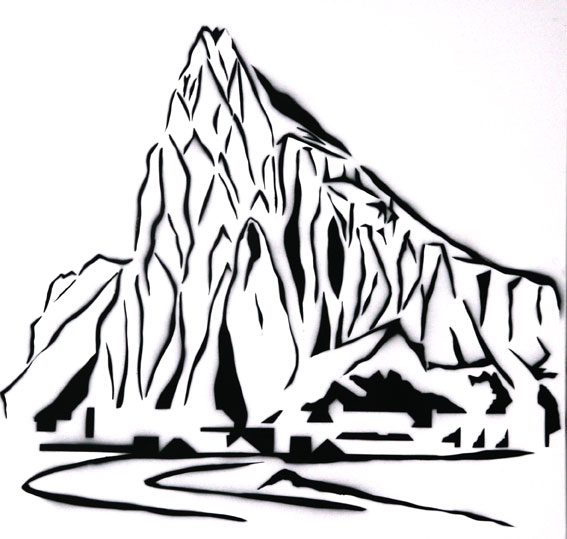 Rock Hudson was easily a film maker’s jackpot. His appeal extended to regions beyond the United States coastline. My mother herself was a fan. A comely 17-year-old in the mid-1950s, she was featured in a Philippine newspaper supplement in which she listed among her favorite things red roses and Rock Hudson flicks. 30 years later, my sister, as well, regarded him as exceptional among the leading men of his era. A wholesome, masculine image could explain the actor’s multi-generational popularity, particularly among females. James Dean was too tortured. (http://www.rafsy.com/films-1920s-1950s/rebel-without-a-cause-rage-against-the-dying-of-the-light/)  Marlon Brando was too mercurial. (http://www.rafsy.com/films-1920s-1950s/on-the-waterfront-sin-and-salvation/) Montgomery Clift was too withdrawn. (http://www.rafsy.com/films-1920s-1950s/a-place-in-the-sun-a-love-worth-dying-for/ )

Personally, I find the vulnerability integral to method acting sexy. The way Dean, Brando, and Clift manifested their soft spots beneath the armor of the classic white tee instructed me as an adolescent that manhood is not about bravado. Manhood is a complex state of being where, under attack, a guy defends his convictions of love and respect towards his fellow humans, unashamed to fall should a punch on the nose impair his footing. The honor is in the fight.

While for a boy, this makes for metamorphic cinema, a girl is reared to view manhood from a different perspective. Let’s begin with the Walt Disney fairy tales. (http://www.rafsy.com/films-1920s-1950s/snow-white-and-the-seven-dwarfs-someday-my-prince-will-come/) Every princess needs a prince, for only he has the power to rescue her from life’s perils and only in matrimony will she be assured happiness. Hence, girls grow into women with the notion that marriage is an immutable future. Fairy tales continue to exist for them, although in a different mode: Hollywood. This is why Rock Hudson was perfect. He was the alpha male that embodied princely characteristics. No matter the bind he was in, no crack ever appeared on his veneer. Even with hair unkempt, he was immaculately groomed, and that face – the strong chin and eminent nose, the dusky eyes and broad forehead – evoked the artistry of Mount Rushmore.

The irony and the misfortune is that Rock Hudson himself needed saving. He was homosexual. Since he was Hollywood’s premier box office draw, a revelation of his true nature would have lost studios millions of audiences and billions of dollars. Women would have been distraught. Men would have gloated. Everybody would have been disgusted. The attitude in pre-Stonewall America was that being gay was a psychological disorder, a condition that tweaked the brain to blindside a man to a sense of morals. And so the fate of those whose sexual disposition I share – a societal deprivation to love that drove them to dark alleys and public restrooms in search of human warmth. 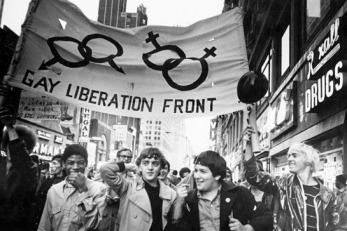 According to author Armistead Maupin, best friend to Hudson back in the day, the actor sought refuge in San Francisco. What an earthquake of desire Hudson must have triggered upon treading the city’s seven hills, followed by a blaze of broken hearts in his wake. Who could say no to one of filmdom’s most spectacular images?

Regardless, carnal release is momentary and skin deep, though we try to convince ourselves otherwise. With a hunger in the soul, we continue on our foray to cavernous venues like animals in a burrow scrounging for nourishment. Unfortunately, the subterfuge did not certify discretion for Hudson. Confidential magazine got wind of his secret and threatened to expose him. To protect Hollywood’s cash box, agent Henry Wilson sacrificed Tab Hunter, another closeted swooner, to the gossip mill instead, then married off Hudson to his secretary, Phyllis Gates, whom Wilson’s biographer revealed years later to be a lesbian. 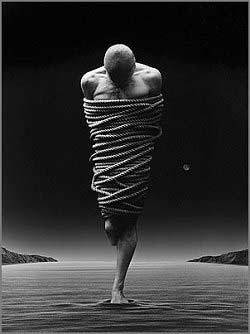 How crippling it must have been, this masquerade, this lying to the world. A draconian attitude towards homosexuality conditioned Rock Hudson to believe that he was an aberration of a human being. So ingrained was his self-loathing that when he became the most famous face of AIDS in the 1980s, he denied being gay.

My early adulthood coincided with the actor’s return as front page news. I was a freshman in college, a boy from the Philippines new to America, where its liberal atmosphere emboldened me to confront my own homosexuality. Since I was focused on the issue of being in the closet, I was ignorant of the Reagan administration’s refusal to tackle the AIDS epidemic. Politics had no role in my current crush (a German-Puerto Rican skateboarder named Ralph who had a deep voice, a square jaw, and a rounded derriere that a pair of Levi’s 501’s accentuated). Instead, the tabloid headlines of Rock Hudson imperiling “Dynasty” star Linda Evans due to a kiss when he guest-appeared on the TV series seized my attention, as did the jokes that sprouted from Hudson’s ongoing drama to survive. The man was entertainment. His suffering bore no link to me.

I was wrong. I recently watched on youtube an account of Hudson’s last months. While in Paris to receive treatment, he was staying at the Ritz-Carlton, gaunt and bed-ridden. Nobody wanted to hug him. Nobody wanted to touch him. To those who came into contact with him, if only by their mere presence of standing a few feet away, he was the loneliest person they had ever seen. What a colossal fall for a man formerly glorified as a specimen of masculine superiority. Such an elevated status is a set-up for rejection. We are all mortal. We all grow old. We all succumb to ailments. The more idealized we are, the harsher the world can be as our humanness betrays itself through every personal setback. 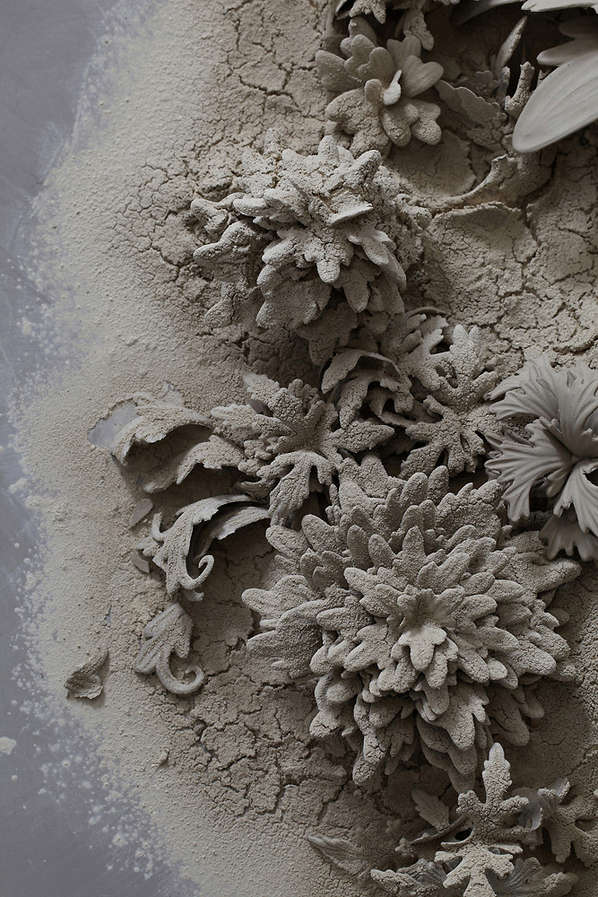 Farrah Fawcett comes to mind. (http://www.rafsy.com/actors-models-directors/farrah-fawcett-the-kiss-of-providence/) In her middle age, psychotic episodes such as vandalism of a lover’s property and incoherency on “The David Letterman Show” turned her into a stooge. Then news broke out that she was dying. Luckily for Fawcett, the virus that claimed her life did not denigrate her as a reprobate. We kept vigil. We hoped and we prayed. So did she. Ultimately, the bravery with which Farrah Fawcett faced cancer earned her something denied Rock Hudson – our respect.

As much as we’d like to believe in progress, times have not entirely changed. Despite the internet exposure to customs and lifestyles different from our own, allowing for an increased acceptance of openly gay actors such as Matt Bomer and Wentworth Miller, a code of silence continues to muzzle big budget performers whose careers are cemented in a macho image. Number one would be Tom Cruise. (http://www.rafsy.com/actors-models-directors/tom-cruise-the-art-of-survival/) Speculation has hounded him for decades so that every one of my friends is convinced that he’s gay. “He should just admit it,” a co-worker at San Francisco AIDS Foundation said, “Nowadays it doesn’t matter.”

Oh, but it does. Bare in mind that Cruise’s films do not screen in politically correct San Francisco alone, but also in the Deep South and the Midwest, in Russia and China… in places across the globe where homosexuality remains a perversion, and in some countries, a crime. Should it make headlines that Cruise prefers brawn to breasts, then ticket sales will plummet, movie studios will lose money, and Cruise will be jobless. No homophobe wants to see one derided as a pansy kissing a beautiful woman and touting a gun as he embarks on hair-raising exploits to save the world. Viewers would consider Tom Cruise both a fraud and an affront to manhood. Never mind that acting is all about… well… acting. When it comes to cinema icons, the line between fact and fiction is non-existent. And so the tragedy that is Rock Hudson. He died at 59. For all his capacity to make men laugh and women fall in love, the press summed up his legacy in a single acronym: AIDS. That was enough for a once adoring public to turn its back on him.