More than 30 years have passed, and even though we were together for a mere ten hours, he made a mark on my life as singular as a thumbprint.

Jonas and I met one summer night at a gay club in Paris. It was 1990. He was a 38-year-old Swede on vacation. I was 23, Filipino, and in the final weeks of a year-long stay. I had lived in the City of Lights before, during my junior year at Tufts University, where I had been enrolled in a study abroad program. The capital’s architectural splendor and creative vibrancy had so seduced me that, upon graduating with a B.A. in English, I returned for another year, this time to embark on a literary career.

Of course, when you’re that young and you reside for a limited period in a place perennially romanticized in Hollywood films, you do anything but write. Instead, I spent the succeeding 12 months creating an image for myself that would align with the Western standard of male desirability. I worked out, sported an ivy league cut, and donned a bomber jacket – a look somewhat of a hybrid between a skinhead and Gene Kelly. This vision of the man I wanted to be started in high school back in Manila, where the neighborhood video store would deliver tapes within 30 minutes from the moment a viewing request was phoned for. From An American in Paris to American Gigolo, the message was that love awaited in the West – in a culture that embraces freedom of sexual expression – and to get it, I needed to be leading-man handsome.

While I was a work in progress, Jonas was at his peak. We were in the club basement, which provided cubicles for carnal interludes. In jeans and a collarless gray tee, Jonas stood with arms folded in a lit corner. He was tan and tall with wavy dark hair and a physique that had fueled my adolescent fantasies. But it was the smile that got me. Grand and warm, Jonas’s smile squelched a stifling insecurity that physically I could be no match. I approached him. He might have said something (his name, a greeting). We then huddled in a cubicle.

Because men of Jonas’s stature usually overlooked me, I doubted the night could get any better, yet it did. “I wonder about you,” he said with that smile. His voice was smooth, and his English was flawless. We were now on the metro, headed to where he was staying. “It’s not always I meet someone who has a guy right after having had someone else.”

I considered his statement a compliment. Jonas was essentially telling me that I was a stud, although I was highly skeptical that my libidinousness was a rarity to him. Sex is every young man’s driving force, especially in a subculture that champions it as a rite of passage. I could only smirk.

The ease with which Jonas spoke allowed for a fluid conversation.

He was an oncologist who skied and lifted weights, bet on horses and was hooked on European football. He had gone to boarding school, where homosexuality was so rampant that he thought it was the norm and was therefore shocked at his mother’s initial coldness when he came out. For his sojourn in Paris, he was roosting at a friend’s place.

I confided that while I was out to some friends, I was closeted with my family; disclosure would occur on its own accord. At the moment, I was allowing life to take its course with scant maneuvering on my part, trusting that only by living would I find a story to pen.

So I scored again! I asked about a boyfriend.

“We’re no longer together, but I still love him. I’m helping him through psychological problems. He’s actually not my type.”

It didn’t cross my mind to ask Jonas what exactly his type was or if he had even been with an Asian before, much less a Filipino. We were enjoying each other’s company too much; I didn’t care.

His friend Fredrik, an art dealer, wasn’t home. Home was a townhouse in the Place des Vosges, once the address of such historical figures as Cardinal Richelieu and Victor Hugo. Enormous windows boasted a view of vaulted arcades and brick facades surrounding a statue of Louis XIII astride a stallion. The walls were covered with modern art, none of which appealed to my aesthetics. I was more stunned by the bright whiteness of the living room in contrast to the sensual dimness of Jonas’s bedroom.

There we both ensconced ourselves in, on a king-size bed and under sheets fluffy as an avalanche of marshmallows, our bodies in synch like notes to music.

A knock sounded on the door some hours later. It was Fredrik. Blond and lanky, he was dressed in a suit, and in introducing himself, he spoke with the same calm voice as Jonas. The conversation revealed that they had met in 1972 while cruising in a park and had briefly dated. I asked why the romance had ended. 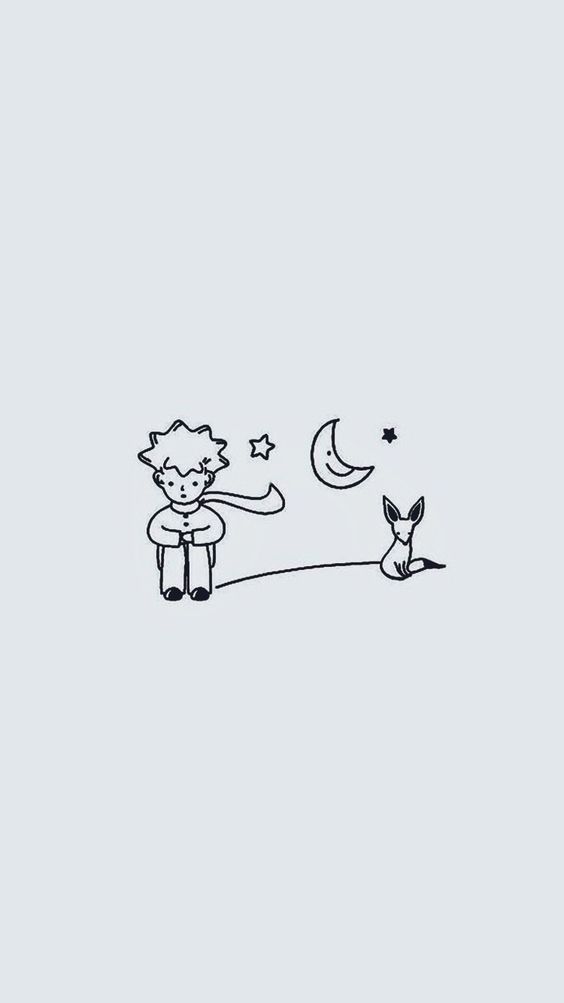 “And we are now the best of friends,” Jonas said.

More conversation ensued, then Jonas and I were alone again, snuggled in each other’s arms.

“Is that my heart beating?” he said at dawn, in mid-sleep, to the rattle of a drain pipe. And then, “I like you a lot.”

But he was going back to Sweden in two days, and I was moving to San Francisco in two weeks. Come sunrise, he gave me his address. I promised to write.

I kept my word, initiating a postal relationship that would last for over two years.

Jonas wrote of the freezing Stockholm winters; his former lover’s alcoholism; Fredrik’s physical deterioration due to AIDS and subsequent suicide from a morphine overdose; his own HIV-positive status; the spring sunshine; hope. He painted me flowers and assured me that he would never forget our night. He told me he loved me.

I told Jonas of my adventures in exploring my gay identity – the friends made and the whirl of clubs and parties as a result. But there was disillusionment, too, which I never shared with Jonas because I wanted to keep my letters joyful.

In San Francisco, I quickly realized that I was a flavor, one that men who lusted over Asians could primarily favor. Bars existed as designated venues for specific races and their admirers: The N’ Touch Club for Asians and Pacific Islanders; Esta Noche for Latinos; the Pendulum for Blacks. Meanwhile, white gay men stuck together in their own bars from the Castro to the South of Market and all the way up to Pacific Heights. Labels had been created to identify those who fixated on a race: Rice Queen, Bean Queen, Chocolate Queen, and Potato Queen.

To expand my appeal, I continued to lift weights in a relentless struggle to attain the physique of the much-coveted all-American jock. Every weekend, I sought to relive the spark I had found with Jonas – connection with him had been so easy, so instantaneous – only what San Francisco was teaching me about the inextricable and convoluted correlation between race and sex reduced all prospects of love to the color of my skin. No matter the muscles gained, the sentiment gnawed within that any guy I’d be attracted to would dismiss me because racially I didn’t fit the prototype of the gay ideal.

Jonas wrote to me for the last time in the winter of 1992. Alas, he would succumb to the disease that had claimed Fredrik as well as a swath of other homosexual men of his generation.

As for me, I proceeded in the three decades to follow on a rollercoaster journey of bliss and heartache. I would come out to family and all would be well. I now have a nephew who is 24 and himself gay. I would have one-night stands that would flourish into everlasting friendships. In the midst of the coronavirus pandemic, these friends have given me DVDs to watch and books to discuss. I would hook up with guys that appeared to have jumped out of an adult video and into my bedroom, leaving me perplexed as to why their passion for my anatomy could not have amounted upon sunrise to something substantial. Doesn’t being hot guarantee love? Through all this, the issue of race has become increasingly inconsequential.

My motto: Either a man will love me or he won’t. Best not to be analytical over affairs of the heart.

I am now 54, in the autumn of my years. In my youth, I would never have imagined the world as it is today. I find it harder to imagine still that I should be older than Jonas lived to be, he whom I once regarded as the mature man of worldly experience, who today inspires many a love story I write. From anti-retroviral drugs to HIV prevention medication, from social media to social distancing… I am in awe of the seismic changes the world has undergone ever since he has left us. 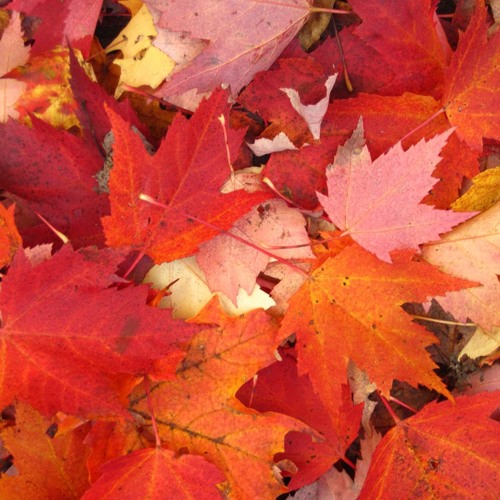 Sometimes, I have wondered what might have been had Jonas survived. But we can only control our destiny to a certain degree. Up to that point, we need to trust in fate. And fate would have it that he and I were meant for one perfect night only. Jonas was the first man I have ever made love to. I could well have been his last. For a magical instant, our lives intersected so that he could pass on to me all the vigor that was left in him to cross the perilous path from boy to man.

Surely, I have yet to encounter more loves and to endure more disappointments in the years to come. Some blows will be cruel, but never will they destroy, for I met someone who instilled in me an unwavering belief that love can happen at first sight.