Celeste’s singing reached out to all of Ermita’s denizens. A trio of male hairdressers in floral-printed blouses shared a table close to the stage with the grocer who had sold Jezm her tissue paper. Bouncers to neighboring bars took their breaks here. The collar to their Polo-branded tees raised, they clinked bottles with the construction workers and janitors and bus drivers. Women at an open market that sold rattan baskets and utensils carved in narra wood that tourists loved, women who were mothers and wives, liked to refresh themselves with soft drinks at Cherry, eat roasted peanuts and chicharon that curled up like worms.

Before long, Cherry was packed. Whatever her audience said on the streets about the Philippines either on the brink of a new era or on the verge of disaster by virtue of a housewife with presidential aspirations didn’t matter. So long as Celeste took to the stage, they were all one people, people of her lot, people who could very well have been Calinteños.

Such days were plenty, though they seemed to Celeste as one. The sun would flood into the open door, bounce off the wall-length mirror. The bar top and the ceiling beams and the ashtrays would glow. By the kitchen threshold opposite the entrance, an orchid was suspended in a tubular vase of paper thin glass. The orchid was an addition to Cherry that the Mama-san purchased with the money Celeste was bringing in. In the dim corner, its petals shone, wispy as the tail of a ghost.

Even on cloudy days, Celeste perceived brightness. On the stage, she could will Cherry to appear however she wanted and, with her music, claim the place as her own. She learned everyone’s name. She regarded her audience as sharing the same home as she, not under one roof but under one sky. Ermita was where loops of jeepney antennas and hearts painted on buses whizzed around them amid screeches and honks and cusses. Trash barrels and hubcaps shapeless as kneaded dough littered pavements. A movie billboard depicted Nora Aunor, Dolph Lundgren, and Eddie Murphy with lopsided noses and fleshy fingers painted in pinkish swirls.

Whenever Celeste opened her window in the morning, she thought of that billboard. It was not in her view… a graying white building with metal braces reinforcing one corner stood across from her… yet she saw the billboard as clearly as she did the new day. Ate Guy’s cheeks were more rouged than in life. The sun at high noon spilled atop the billboard, melted on Ate Guy’s forehead. But the eyes were unmistakably hers – penetrating and sorrowful. The billboard stood at an intersection that led Roxas Boulevard into Ermita. “Welcome to my world,” Ate Guy seemed to tell the incoming traffic, and in this world was Maria Celeste Solinas.

Of all the people who came to call themselves Celeste’s “fans,” whose faces gleamed with sunlight and anticipation as Celeste took to the stage, one person touched Celeste the most. She was a flower girl whom Celeste guessed to be thirteen years old, in a lime dress that was too big. The skirt flared out like a lampshade. Sooty as her face and legs were, the dress endowed the girl with a freshness reminiscent to Celeste of mountain dew and rain-sprinkled leaves. The flowers, they were sampaguitas. Their white petals dotted a string necklace as beads to a rosary. They emanated a scent so potently sweet that it cut through the smell of sweat and musky cologne, fried fish and exhaust fumes.

The girl moved without a sound from table to table, raising a sampaguita necklace for purchase. She endeavored to look at each person in the eyes. Nobody returned her look.

Only Celeste met the girl’s eyes, when the girl was standing alone by the dangling orchid, a necklace raised towards her. Celeste knew those eyes. She saw Nora Aunor in the flower girl. And she saw herself. There the girl stood, transfixed. She seemed to have forgotten that she had walked into Cherry to sell sampaguitas. Could it be that she was looking up to Celeste the way Celeste looked up to Ate Guy? 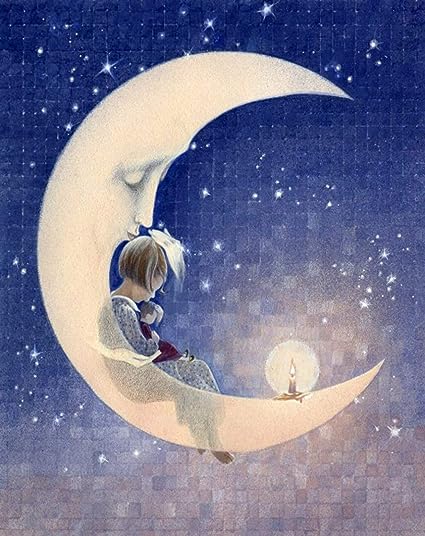 Celeste searched for the girl on the streets for days after. “Where are you from?” she wanted to ask. “Where are you going? What do you want?” With the neon lights off, Ermita was just another dusty district. Then again, not quite. Rent girls stood in doorways with their buttocks protruding from their shorts. Japanese and Australian and American men paraded the pavements, hand in hand with Filipinas. Some showed their appreciation of the Philippines by wearing short-sleeved barong tagalogs. Papa Solinas used to have a couple of those, a white one and a light blue one. He wore them on Sundays to mass. Celeste liked to run her fingers on the columnar embroidery from the shoulders to the hem. She wondered if she could do such needlework. No doubt the tourists got their barongs at an air-conditioned store, at a price Celeste would never bother with. Tesoro’s, maybe. Nobody made a barong tagalog look so good as her father had, though.

Foreigners decked in Filipino handicraft and who flaunted a Filipino girl, they were everywhere in Ermita, day and night. A lime dress on a thirteen-year-old girl should stand out, but no. Celeste discovered in her search how plentiful flower girls were, as well as newspaper boys and sweepstake ticket sellers and vendors hawking out of pushcarts salted preserved prunes and ice cream and nibble-on watermelon seeds. She also learned that the ebb and flow of laboring humanity came from all regions across the nation. They migrated to Manila in pursuit of economic advantages. By choice or by circumstance, they established their abode in Ermita. Some would stay. Some would journey onward. No matter their fate, they would find their way to Cherry. Celeste overheard folks urge one another to hear this new singer, a former maid from Forbes Park. They were saying that her voice was lovely, that her songs bespoke their feelings, their story.

As Celeste took center stage, a quietude swept through the audience. She was achieving what she had expected – unity, admiration, beauty – and something more, something she had not counted on. She had seen it in the flower girl’s eyes. She detected flashes of it in the Mama-san’s eyes, in the eyes of Guido and even of Brioness, of everyone. This spell she cast on people, there was a name for it.