How could Judy (Natalie Wood) and Plato (Sal Mineo) resist falling under his spell? The coolness with which he sports that red jacket, the face all-American in its youthfulness yet haunting in its power to express a thousand sorrows, the lone warrior heroism… James Dean as Jim Stark is filmdom’s patron saint of male angst, evidence that emotiveness in a man more so than stoicism can be a medal of courage. Already in the first frame of “Rebel Without a Cause” (1955), Jim is stripped of armor. Drunk, blond hair on its end like flames of fire, he is on the ground, a defeated soldier, amusing himself with a mechanical monkey and its clashing cymbals as the police take custody of him for vagrancy. What follows is a tale of three teens at odds with their parents and who in school are misfits. Judy hangs with a rough crowd. Plato hangs with himself. Jim is the new kid. Plato first sees Jim reflected on his locker mirror, above a photograph of Allan Ladd. He turns to the hallway to catch exactly what it is he just got a glimpse of, this beautiful and brooding creature, a kinetic energy in contrast to the static image of a movie star. It’s love at first sight.

When “Rebel Without a Cause” was released in October of 1955, James Dean was dead from a car crash a month earlier along the Salinas highway. He had made a name for himself with “East of Eden” in April of that year, another movie where he plays an isolated teen, but it is the hysteria behind the second motion picture on which his legacy rests. Aside from capitalizing on his untimely passing, “Rebel Without a Cause” is a tragedy, and set in contemporary America, it was at the time every American adolescent’s story, whether jock or bookworm, prom queen or ugly duckling. (It still is; hence, its listing at 59 of the 100 greatest films of all time as compiled by the American Film Institute.) Marlon Brando had auditioned for the role of Jim Stark. It is hard to say what interpretation Brando would have applied to the character had he been cast. The man was a great actor. However, we do know this: young folks in theaters were very much aware that the star they were anointing the icon of their generation, with his mangled heart on screen for all to see, was by then a ghost.

1985 was the year I watched “Rebel Without a Cause,” in a country across the Pacific. The conjoining of three torn outcasts, each one an emotional time bomb ticking to explode, perturbed me for days. If that was the impact the movie had on me, I can only imagine what it might have been for an audience 30 years earlier, in the maelstrom of a Hollywood legend in the making. Though the feelings Judy develops for Jim is akin to a head-on crash, the kind where a 17-year-old girl sees that special boy as her sole future, the bond that forms between Jim and Plato transcends friendship. Jim is more than a big brother, a father, or even a lover to Plato. He is Plato’s savior. Jim Stark is the first person who has ever noticed Plato, and that’s something.

He is also the film’s moral anchor. A schoolmate named Buzz (Corey Allen), who has been bullying Jim, dies in a chicken game, a dangerous sport in which the first of two drivers to abandon his car as both race to the edge of a cliff is deemed a coward. Jim is the survivor. Buzz perishes because his coat sleeve snags on the window roller, trapping him inside. “They called me chicken… you know, chicken. I had to go or I would never have been able to face any of those kids again,” Jim says to his father (Jim Backus) in explaining his role in the disaster. “So I got in one of these cars and a boy called Buzz got in the other…I want to go to the police and tell them I was mixed up in this thing tonight.“ His mother (Ann Doran) tries to dissuade him. “In ten years you’ll never know this even happened,” she says, a callous statement, especially in light of what comes next – another young death, this time by police bullet, with the Los Angeles Planetarium dominating the background, its dome as formidable as that of a cathedral. 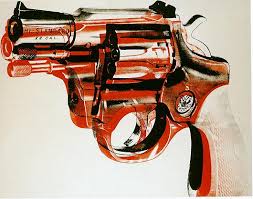 The film could have been entitled “Death Without a Cause.” Rebellion against parents, the law, and all figures of authority is a futile exercise that can lead to irreparable consequences. No matter how loud the scream, it falls on deaf ears. That’s how insensitive grown-ups are. Death is necessary in the movie to relay this message. But how do we justify senseless tragedies in real life? How macabre it is that film viewers in 1955 were falling in love with a dead man who was alive before them, ten feet tall and ripe with a promising future. We hear of this every day, a person snuffed of life for no reason. Aviation disasters, shootings, hate bombings… headlines of body counts strike home with us because the next victims could be you and me, our children and our parents.

Disaster need not always be this massive. The grim reaper works in insidious ways. We’ve all experienced the sullenness that befalls a room because of a seat left empty by a classmate we are told is never returning. Coming-of-age includes death, though how strange it is that knowledge of life’s preciousness must come at the expense of one who should be learning with us. “Class, Abello died yesterday.” The bluntness of that line whispers among my early memories an eerie chant that refuses to be silenced. I was in the second grade. My teacher, Mrs. Ocava, spoke with a grief that choked. Tears wet her glasses like raindrops on windows. That was the first thing she said as she hurried to her desk to clap her hands for us eight-year-olds to stop our morning yakking, and all she could say. No preamble exists for news of this type. I was in Catholic school, and the custom was that students were called by their last names. The story was that Abello was celebrating his birthday. In his excitement to attend his party, he tripped on a step while rushing down a flight of stairs, stumbled to the floor, where he banged his head against a concrete object. The entire elementary school gathered in the assembly ground to offer prayers to Abello. A prayer sheet was passed out that bore his image: a boy brown as the earth, teddy bear rotund, with bangs and a quiet smile. 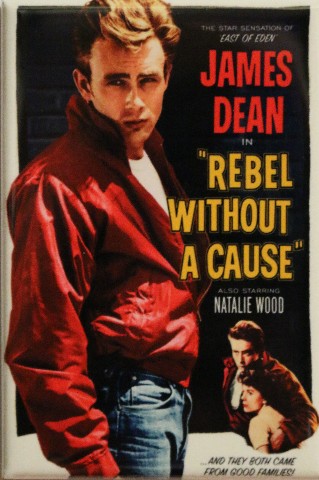 We will never understand the workings of the cosmos that single out those to be excluded from fulfilling the lifespan nature has accorded us humans. In addition to James Dean’s death at 24, neither Sal Mineo nor Natalie Wood made it to 50. He was murdered at 37. She was killed in a drowning accident at 42. Do not go gently into that good night, Dylan Thomas wrote. Rage, rage against the dying of the light. We… men in particular… are taught that when in trying moments, we must bite the bullet, have a stiff upper lip, adhere to maxims of stoicism. Austerity is exemplary of toughness. Sometimes, though, strength is in the outpouring of blood and tears. James Dean would never have become a legend had he not raged his way into our hearts. Even the most solemn of us must rage every now and then, shout at the top of our lunges for our convictions to be heard, our troubles as well as our joys. Given fate’s unpredictability, today could be our only chance.