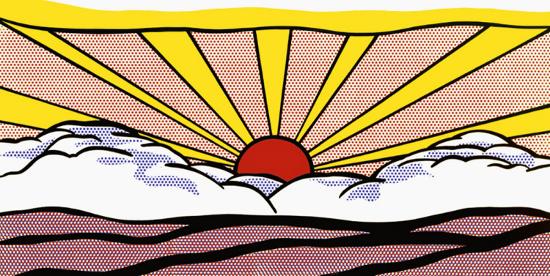 Before Madonna and Princess Diana, Farrah Fawcett was the most famous blonde on the planet. What makes her particularly interesting is that she had harbored no ambition to be a celebrity. Stunning as she was, her pre-“Charlie’s Angels” vocation, though far from simple, would have kept her out of our sight. Fawcett appeared in 1969 on “The Dating Game” as a bachelorette presented with a choice for a date among a trio of bachelors hidden from view behind a wall. The show host introduced her as such: “A former beauty title holder, she creates beauty of her own on canvass and is an accomplished artist and sculptress who hopes to open her own gallery. She’s from Corpus Christi, Texas, and finds relaxation in many outdoor sports. We’re delighted to welcome to ‘The Dating Game’ Farrah Fawcett.” (https://www.youtube.com/watch?v=LDXZNmoCmBA)

When Bachelor Number 1 was told to greet her a good evening, he asked, “What was the name, please?” Shocking. Fawcett has become so ingrained in pop culture that she needs no introduction. She is as singular to our consciousness as Marilyn, Jackie, and Oprah, women who are identifiable without a surname. Of course, nobody back then could have foreshadowed her future, not even the bachelorette herself. She was just another pretty girl who happened to be on TV, and a rather shy one, besides.

It’s bewildering that choices seemingly insignificant can result in outcomes that alter the direction of our future. That red bathing suit pinup – the tan, the Colgate smile, the nipples outlined through spandex – was a work of divine intervention. In prepping for the pictorial, Fawcett, who styled her own tresses, wasn’t on a mission to create the signature look of the 1970s, and certainly Bruce McBroom, the man who snapped 40 rolls of film as she lounged by her house pool, didn’t anticipate the best selling babe poster of all time. For whatever reason, the sex symbol of the decade was born, the kind of icon the media exalt with the phrase: “Men want her. Women want to be her.” Had Fawcett opted for a bob, had she worn a towel instead, we might never have heard of her.

Tales of small steps and accidental turns that lead to the summit of Mount Everest tickle our tongues. We imbibe them as our wine. They make us drunk on the hope that we can do it, too. And these tales are ceaseless. Here’s a Fawcett counterpart from a decade earlier. A 16-year-old girl in Neasden, England by the name of Leslie Hornby walked into a salon to have her locks shorn in the fashion of a boy’s cut. A photographer who worked with the salon liked what he saw and asked her to pose for him. “Then I went back to school because that should have been the end of it,” Hornby would reflect over 40 years later. “It was a picture of a haircut.” That might have been the case, only an editor to a journal spotted the picture on the salon wall, asked to meet the model, then printed an article entitled “Twiggy: Face of ’66.” (http://www.rafsy.com/actors-models-directors/twiggy-the-flowering-of-a-waif/) The title was an understatement. The exposure put an end to high school. London, New York, Vogue, Newsweek… grander things summoned. Twiggy’s face would be synonymous from that moment onward not only with 1966, but also with the other nine years that would encapsulate the mod revolution.

Hope sustains us, what empowers us to wake each morning and to survive rejection. Our confidence is indomitable. Show business is replete with stories of people whose instinct has told them they’re going to make it. Ali McGraw was a model when called to audition for “Love Story” (1970) (http://www.rafsy.com/films-1960s-1990s/love-story-love-means/), the mega-hit that would inspire American girls as they matured into motherhood to christen their daughters after her character, making Jennifer the most popular name of 1979. In 2012, McGraw was interviewed onstage at San Francisco’s Castro Theater in conjunction with a Valentine’s Day screening of the film, and when asked about her experience during the search process for the lead actress, she positioned her hand vertically on the level of her forehead and motioned it closer. “I knew I was going to get the part,” she said. “It was like a train coming towards me.” Lea Salonga, the Philippines’ most distinguished vocal export, recalled at a concert in San Francisco her own gut feeling when, as a 17-year-old college student in Manila studying to be a doctor, she auditioned for the principal role of “Miss Saigon.” The panel of listeners consisted of Alain Boublil and Claude-Michel Schönberg, both composers to the musical, and producer Cameron Mackintosh. After she performed for them her rendition of “On My Own” from “Les Miserables,” another musical of their creation, they requested her to sing a song of her choice. That song was “The Greatest Love of All.” Salonga was nervous that the score sheet available at the studio would not be in her key, and then, she said, that as the pianist struck the first note, “I knew my life would never be the same again.”

But at what point are we so drunk that our vision of reality blurs? For every success story, a multitude is about disappointment. I wish I could find the name of the following actress to do her justice. Alas, I cannot despite google’s omniscience, which all the more seals her fate of obscurity. I saw the actress on a TV program in the early millennium about the making of “Red-Headed Woman” (1932). A contract player for MGM Studio, she was up against Jean Harlow for the title role. Though the film was her last shot at stardom, she spoke of her loss with a smile and a laugh. And yet, a cloud passed over her eyes as she uttered that her dreams had been crushed. Warbled voice and creases on face aside, she was that young woman once more, reliving the instant when the news she had dreaded struck a gong in her that she had reached the end of the road in tinsel town. Life afterward could not have been bad for the once hopeful to survive the rest of the century in order to tell the tale. Maybe Hollywood was a necessary diversion so that she could discover her true calling. She might have had a family, something that Harlow never had, children and grandchildren to populate a playground, and with longevity, some unpleasant elements, too. For all her joviality, the defeat in her voice could not hide a yearning for an answer to the unanswerable: why does providence shine upon one and not upon the other?

As history unfolds, we, in turn, ask why the chosen pay for the privilege at such a high price. Jean Harlow died at 26 from kidney failure. In reimbursement for her tenure among us mortals, films with titles such as “Bombshell” (1933) and “Libeled Lady” (1936) memorialize her platinum vamp persona; her hand and foot prints are cemented at Grauman’s Chinese Theater; and in 1960, she was inducted into the Walk of Fame. Her star lies at 6910 Hollywood Boulevard.

Farrah Fawcett’s own star is at 7057 Hollywood Boulevard. Those of us who witnessed her ascent will never forget the seismic tremor she created across the globe. She was as huge as disco, the skateboard, and puka shells. She was also no fad, remaining in the public eye through the 1980s and beyond, unfortunately not always for reasons becoming to an angel. Her incoherency on “The David Letterman Show” in 1997, lending to speculations that she was drunk and drugged, overshadowed the finesse of her acting in “Murder in Texas” (1981) and “Poor Little Rich Girl: The Barbara Hutton Story” (1987), while an argument with a lover, director James Orr, led her to smash the windows to his home and him to slam her head onto the driveway as he attempted to choke her.

Fawcett’s last act was cancer. How the disease knocked her to the ground, three years of agony and ultimate defeat. Nevertheless, she did not fight her battle in vain, and in this she found her redemption. At heaven’s gate, having earned her wings, Farrah Fawcett left us with a gift as compelling as her smile – a documentary to inspire all to die with dignity, for our end will come soon enough, no matter how strong and beautiful we are. Until then, we must continue to hope and dream and to believe in our life choices. All this has got to amount to something.