What was she trying to prove?

That was what Nigel would ask if he found out. But he wouldn’t find out. Megan wouldn’t tell him because he had no reason to know. She might have felt differently a month ago, a week ago even, felt differently before she had gotten her own place. She didn’t yet entirely understand why the grocer boy Todd’s flirtation had propelled her to find a home for herself. If she had not met Todd, she might now have been sharing the same bed with Nigel. Being with Nigel would have been the logical move to make while she was with her parents. And then Todd had given Megan his number, Todd whose eyes and smile she kept on envisioning. They would surface in her mind without any provocation, often at night, in bed, while she lay in the dark alone, daring her to break lose, to take a risk, to act as she pleased and not as anybody else expected her to. She would think of the clandestine fashion in which he had provided his phone number. She would think of Nigel and she would think damn him should he ever tell her his heart broke because she had been unfaithful. And as the late night hours would slip into early dawn, Megan would feel her desire to call Todd build from an urge to a longing and ultimately to a need.

Yet she still couldn’t bring herself to call him. Whenever Megan proceeded to press his number on her cell phone, she would stall on the third or fourth digit. What could she say after hello? How could she navigate the conversation without the ability to gauge his reaction through his facial expressions, his physical nuances?

She had to see him.

The grocery was nearly closing when Megan walked in. It was a Saturday night. Young women in short dresses and clean shaven men wearing button-down shirts tucked out chatted in front of a bar a couple of blocks away. Megan wondered at how Todd could sever himself from the fun in his midst. He ought to be enjoying his last summer before undertaking the burdening responsibility of a chemist.

Some people who appeared to be headed to the bar were in line at the register. As scantily clad as the women were, Todd was oblivious to them, ringing up their gums and cigarettes without providing anything more than a perfunctory good evening nod in response to their coquettish grins. The counter seemed to work as a cordon that sealed him off from social interaction. This pleased Megan. She might be the only woman in the city whom Todd had honored with his phone number.

Todd didn’t notice Megan when she entered, didn’t notice her as she fell in line. Five people were before her, then four and then three. He looked up from the cash register, saw her and smiled. He gave her a big smile, the kind of smile one had when overjoyed that a person one longed to see had arrived. Megan knew that smile. She had seen it on Nigel on prom night and on the afternoon in the backseat of her father’s Cadillac. She saw it on Dylan. Dylan always had that smile.

Todd’s eyes were lighter this evening. While on their first meeting they were a deep earth brown, tonight there was a milky faintness to them. They were alone in the grocery now, she and he.

“Thank you for your number,” said Megan. What else could she have said?

“This doesn’t always happen, a phone number on a grocery receipt. In fact, it’s never happened.”

“Me, too.” Todd sounded shy compared to the first time they spoke, embarrassed. “It’s not always I give out my phone number on a grocery receipt. Actually, I never have.”

“Why didn’t you ask for my number or give me yours upfront?”

“I didn’t want to be too… too forward. So I ended up being cheesy.”

“No, not cheesy. Surprising.”

“I’ve never responded to a guy this way before,” Megan said. “Let’s start off by introducing ourselves properly. I’m Megan.” She offered her hand.

Todd had large hands, impressive hands. They had calluses, probably from lifting weights. Even so, his palm was soft and he seemed to be holding Megan’s hand rather than shaking it.

“I’ve already been through that. It was never my scene.”

“Mine neither.” Todd stepped out from behind the counter. “I have one last thing to do. Please stay. You’re welcome to.”

He shut the door, flipped the open sign to closed. Then he returned to the cash register to count the earnings for the day.

Megan asked, “You trust me with this part of your business?”

“Do I have any reason not to?”

“Since you trust me, then I trust you.” 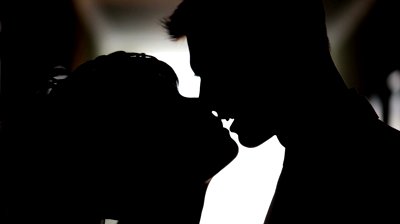 While Megan flipped through a magazine, Todd brought the money to a safe in an office located at the back of the store. From there, he asked her common conversational questions: where she lived, what work she did. He was wearing a lumberjack coat when he came out and he walked with a rugged stride down the aisle, slightly bow-legged in the way athletes were.

Megan placed the magazine back on the rack. As she looked up from the rack to face him, he was standing beside her.

“Do you have any plans for the rest of the evening?” he asked.

They looked at each other for a moment more, but there was nothing else to say and so he kissed her. He kissed her and she didn’t hold back.

She thought of her parents. They were a mere two blocks away. Megan had not dropped by their apartment to greet them. She had no intention of doing so. Her mother had been upset that Megan insisted on living apart from them, had said Megan didn’t care for them. Her father had defended Megan, stating that it was right she be on her own. Regardless, Megan would never be too far away. She was there this instant, thinking of them, yet allowing herself to live free of their or of anybody else’s opinion. Daughter, wife, mistress – whatever it was people identified her as, she didn’t belong to anybody.

So who was Megan tonight? As far as Todd was concerned, a stranger. He may know her first name, in what part of the city she lived, where she worked, but not her last name, neither her phone number nor her age. The only thing of herself Megan would allow Todd to take possession of was her beauty, for that was all she desired – to be nothing more than something beautiful to a man who struck her equally as such.

Todd occupied a studio a few floors above. It was typical of a young man’s abode: magazines were scattered on the floor; crumbs dirtied the kitchen counter; a closet door was haphazardly left open. But atypical of a young man’s possessions, a Smithsonian was mixed in with fitness journals, and poetry tomes on Whitman, Cummings and Bishop were stacked on a desk along with chemistry books. A quilt covered the bed. The pattern of cows grazing on the grass beneath a smiling crescent moon made Megan acutely conscious of the disparity between her and Todd’s ages. Really, Todd was just a boy. Was it his undergraduate studies he had just completed or graduate school? By the looks of him, he was perhaps no older than 24. Megan had never thought of herself as an older woman, yet there she was. There she was and how confident this boy was in his seduction of her. He was stroking the nape of her neck, fondling her hair, tenderly pressing his lips against hers. Nothing was rushed about him. How was it he knew exactly what a woman needed?

“Of all the women who walk into the grocery, why me?” Megan asked.

“Something about you,” Todd said.

“My ineptitude with stain removers?”

“Somewhat. Nobody asks me for assistance. Nobody. And you seem like you need someone to talk to, to be with. You have a softness that makes a man want to reach out to you.”

Was loneliness so palpable? In Todd’s touch and in his kisses Megan sensed something in his life was missing, too. No pictures hung on the refrigerator door, not even a postcard. The walls were bare. Moving boxes that had yet to be assembled lay beside a scruffy sofa.

Light shone in from underneath the front door, through the curtains, from the desk lamp on which Todd had draped a piece of cloth. Megan wanted light. She always liked to see the person whom she was making love to and she liked to be seen in return. Sex to her was the most honest of unions, more honest than courtship or marriage. No lies. No facades. No secrets. It was two people drawn together to fill an emptiness that both shared. She stood back so that she could take in the sight of Todd. He undressed slowly. He enjoyed being watched, Megan could tell. He reached out to her and gently he ran his hand down the length of her naked torso, around her breasts. He seemed to be astounded by the evenness of her color as much as she was by the starkness of his tan line.

“I was a lifeguard in my previous life.”

“Have you ever saved anyone from drowning?”

“A couple of times. A little boy and a middle-aged woman.”

They lay on his bed, on the quilt with its little boy design, sinking into a pool of midnight blue and cream stars, of M’s and O’s trailing out of the heads of cows. The sheets smelled of Ivory Snow, while Todd smelled of spice and day work.

“Beautiful,” Todd whispered. “Beautiful.” He sounded as though he were experiencing beauty for the first time.

“When do you start your new job?” asked Megan. What she really wanted to know was when he was leaving.

“Less than a month.”

“Half of your place is already empty. The boxes.”

“I’ve always lived like this, ever since I left home. When I was in school, it made no sense to unpack since I’d be moving to another dorm the following year.”

“Your parents must be surprised at the vagabond their son has become.”

“My parents were killed in a plane crash when I was a kid.”

“No need to be,” Todd whispered, so close to her face. “I never knew them. I was very, very young. My uncle and aunt raised me.”

“Maybe your next stop will be home to you for a while, a long while.” A draft entered through a crack to the window above the bed. It cooled Megan like soft breath blown on her body. Todd’s hand on her belly was warm. His perspiration on her cheeks was as freshening as morning dew. He nestled his head on her chest and shut his eyes. In repose like that, Todd appeared small and delicate. Megan ran her fingers through his hair and it felt as though she were stroking the silken mane of a young animal. She and Todd were strangers to each other, and yet not quite, not anymore. In the little bit she knew about him, he seemed to have bared all of himself. And for the brief moment that their lives intersected, she had plenty of him to carry with her for a lifetime.

“I never thought there could be such a thing as perfect. I was wrong. I’ll always remember this night as perfect, you as perfect.”

“That’s because you don’t know me,” Megan said.