Richard Gere belongs in the category that film goers have labeled Gene Tierney (http://www.rafsy.com/actors-models-directors/gene-tierney-a-picture-paints-a-thousand-words/), John Heard (http://www.rafsy.com/films-1960s-1990s/the-trip-to-bountiful-a-vessel-of-breath-and-light/), and Emily Blunt – that of underrated actor. Women associate him with his handsomeness. Men associate him with his handsomeness to women. I plead guilty to being so stricken by his good looks that when I watched “American Gigolo” (1980) in high school, I noticed nothing of his thespian talent. As male escort Julian Kaye, he epitomizes everything I wanted to be: a gym-toned sex god with scarcely a worry other than what to wear. I envied Kaye’s mornings. Like a gambler at a roulette table, Kaye pouts over and ponders an array of Italian made garments snatched from his closet and flung onto his bed. Though a bit befuddled, he’s having fun, for no matter his choice, he struts the streets a champion.

My oh my, how facile life is for the gorgeous. To a zit-ridden teen, the message to “American Gigolo” was clear, that to get ahead in the world did not involve any merit beneath the surface. Richard Gere would never have gotten the role that made him a star had he been born without that face, and without that face, he would never have had the perspicacity to channel a gigolo’s cockiness. The mold was cast, and our opinion of Gere was set. The man never failed to deliver, often with a surprise punch that made him even sexier. Here’s the reason “An Officer and a Gentleman” (1982) was a box office smash. Gere shows vulnerability, the very characteristic that elevated forerunners Brando (http://www.rafsy.com/films-1920s-1950s/a-streetcar-named-desire-forever-young/) and Dean (http://www.rafsy.com/films-1920s-1950s/rebel-without-a-cause-rage-against-the-dying-of-the-light/) to a level above the generic pretty boys of their own era. As Zack Mayo, Gere is a loner intent on being a pilot. He enlists with the air force, where he undergoes the physical endurance tactics of Sergeant Foley (Lou Gossett, Jr.), all of which fringe on abuse. The tyrant tells Mayo he’s out, and our hero breaks down, yelling as an orphan boy does to stay because he’s got nowhere else to go. How could we resist adopting him?

Women to this day swoon over the finale. Nifty in a navy aviation uniform of white suit and cap, Mayo sweeps Debra Winger’s factory girl Paula off her feet, out of the warehouse, and into a sun blazed future as wife to a dream man. Gere was against the scene. “Sentimental,” he called it, which is why it works. With his freshly minted stature as a bodice ripper in possession of a soul, no other actor could have rendered heartfelt the type of ending more typical of a Harlequin paperback. Gere’s cockiness was at full force once again, although evened by tears he sheds in an earlier scene over his doomed BFF, Sid (David Keith).

The buddy factor in “An Officer and a Gentleman” is what gets me. Zack Mayo cries unabashedly, regardless that the object of his grief is another male. His embrace of Sid, this desperation to hold on to somebody already gone, is a shout to humankind that a display of affection towards a person of our own gender need not be shameful. Love, in its entire spectrum, is a virtue.

As musical theater composer, Lin-Manual Miranda, said in his 2016 Tony Award acceptance speech, “Love is love is love is love is love is love is love is love, cannot be killed or swept away.” His chant came in the aftermath of a gun massacre perpetrated by a self-identified ISIS terrorist at an Orlando gay nightclub. Not everybody condemned the crime. Pastor Roger Jimenez of Sacramento preached to his congregation, “Are you sad that 50 pedophiles were killed today? No… I think that’s great. I think that helps society.” The Westboro Baptist Church pronounced, “God sent the shooter.” Tweets that the victims received their just due as a result of being “perverts” deluged the internet. “We live through times when hate and fear seem stronger,” said Miranda.

Since Orlando, we’ve had news of white cops murdering black men and black men murdering white cops; gunmen shooting to death 21 hostages at a Bangladesh café; and a truck mowing through a crowd of Bastille Day celebrants in Nice, leaving in its trail 84 corpses. Not all calamities make headlines. My cousin’s house burned down three days ago. Fortunately, he and his family (including four children between the ages of 13 and 21) were spared. Unfortunately, their belongings were not. They are at the moment taking refuge in a neighbor’s room, still in shock and disbelief, as my cousin figures out the first steps to recovery. 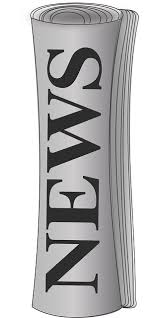 The volatility of the world beyond the periphery of our front yard puts our personal concerns into perspective. How trite my annoyance is that I weigh 160 pounds rather than my comfortable 165. Sillier still is the media coverage on the Kardashian women, the latest scandal involving racy lyrics Kanye West – husband to Kim – wrote about fellow pop star and ex, Taylor Swift. And yet, human nature compels us to resort to the paltry and salacious as recourse to the hardships.

Richard Gere is no stranger to the tabloid mill. In the year that witnessed the dissolution of the Soviet Union, Nelson Mendela’s freedom from a 27-year jail sentence, and the Persian Gulf War, Gere proved with “Pretty Woman” (1990) that he had box office potential beyond the decade of the 1980s. Fluffy as the film is, it assured him continued work, the chance for a role that could get people to at last speak of him as an actor. Then came a dose of venom. A rumor of Gere performing an unsavory act with a rodent proliferated like forest fire. The rumor was all folks talked about. If Gere made any films during the ordeal, I have no idea. He became an icon of derision, was speculated to be homosexual, and through it all, kept mum, the humiliation his burden to bear in silence.

However, there were some subjects on which Gere did not cease to be vocal. A Buddhist since the late ’80s, he has become a prominent figure against the Chinese occupation of Tibet, establishing The Gere Foundation to campaign for the region’s liberation. He is outspoken on the rights of tribal people across the globe, giving speeches about their persecution under the authority of certain governments, and stands up for AIDS awareness, particularly in India, where he co-founded the AIDS Care Home, a shelter for women and children infected with the disease. Gere is a gentleman true to Lin-Manuel Miranda’s incantation. Still, the gerbil rubbish that led to doubts about his heterosexuality overshadowed everything. Gay men I knew gloated over the rumor. For me, it was nothing more than a cheap shot at convincing ourselves that Richard Gere is one of us.

Well, he isn’t. Even if he was, big deal. I see Gere as he wants to be seen, as an activist and an actor. My favorites of Gere’s second millennium films are “The Hoax” (2006), where Gere plays an author who elaborates a scheme to pen Howard Hughes’s biography, and “Brooklyn’s Best” (2009), in which he is an alcoholic cop caught in a morass of police corruption. I will always watch his movies. I will always be a fan. I fell in love with Richard Gere the instant he held Sid to him, in a desolate motel on a hot day, mourning the loss of a life once rich with generosity and promise. Only an actor confident in his own capacity to give could have tackled this most wrenching scene with integrity.