“You don’t see acting like that anymore, not nowadays,” my sister once marveled. She was speaking of Vivien Leigh’s performance as Blanche DuBois in “A Streetcar Named Desire” (1951). I was a senior in high school, while my sister had come home to Manila for a year after having graduated college in New York. The two of us with our mother would watch betamax tapes of studio era classics, and “A Streetcar Named Desire” was requisite viewing, masterpiece that it is. I have seen it on a few more occasions ever since. True to the movie’s stature, the fusion of story, star power, and talent grows more outstanding with each passing decade, a rarity among the CGI-generated spectacles of the second millennium, all produced for the consumption of an audience medicated on Adderall.

For those who have witnessed Marlon Brando as Stanley Kowalski melt the screen, he a creature of brawn, sweat, and swagger, you understand his effect on a young me as a beast that offsets an aging Southern belle. Blanche herself dubs him a “subhuman animal,” which is precisely what makes him irresistible. The way she scopes his torso as he throws off a perspiration-drenched tee speaks of a crippling desire. She can barely contain herself. “I was played out. You know what played out is? My youth was suddenly gone up the water-spout,” she cries when the truth of her leaving Mississippi for New Orleans to stay with sister, Stella (Kim Hunter), and Stella’s husband, Stanley, surfaces: a scandal that involved a minor. Back then, the ephebophilia went over my head. I was 17. Now… 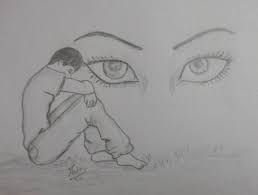 “I’m at a strange age,” I told my friend, Wendy. “I don’t know whether to feel young or old.” I turn 49 this month, January. Withal back cramps and knee stiffness from hours of sitting sedentary in an office, I weight train four days a week, boast a full set of naturally black hair on my head, and walk with agility. I’ve been told that I could pass for my thirties, and compared to my contemporaries, I am a kid, wrinkles none. Although I’m flattered at the dismay folks express at my age, the inconsistency of my actual years to my appearance frustrates me. I sense I’m a fraud whenever guys I meet a decade or more my junior assume I am a contemporary. I don’t dare mention the truth. Sensitive as women on the subject, we gay men are insensitive on hook-up sites about our discrimination against mature men. (“Young guys only. You know who you are… No fats. No fems. No oldies…”) If I am young, it is to someone who is at minimum age a septuagenarian. To my statement that I feel like a dirty old man when eying a vicenarian, Wendy said, “You are.”

Strange age, indeed. Take my gym buddy, Ed, who celebrates his birthday every October. Ed was born in 1966. He is 12 years his boyfriend’s senior, and based on the two years he and Julian have been dating, he swears that a generation gap need not be a factor for a couple in love. He also advises that I play around while I’ve still got the wares to catch a fellow’s eye. In other words, I am near the end of my shelf life. I’ve had a long run so far, one that far exceeds Blanche DuBois’s. Vivien Leigh was 35 when she starred in the stage production of “A Streetcar Named Desire” at London’s West End, 37 in the Hollywood film version. Since she was cast to play Tennessee Williams’s most troubled heroine, we can assume Blanche is within Leigh’s age range, and like Leigh, she remains lovely. A magnolia delicacy along with a flourish of the hand to recitations of poetry charm Mitch (Karl Malden). Mitch is unique among Stanley’s group of poker cads. He is urbane and complimentary, a gentleman in a fedora hat who courts Blanche with dinner, music, and flowers – the trappings of a perfect facade.

Blanche has been lying about her past and she’s been concealing her age. I may not have a shady history that needs a glossing over, but I am guilty of the latter. I used to quote my birth year at some years south so that I could be permitted into bars. Then I switched to quoting it at some years north. Now on certain online sites I block the information. So I have encounters with guys of the “like awesome like” generation. Once the moment is over, it is over. No harm done. A date, however, is something else. In this, I am no fabricator; I believe in honesty. The instant I sense a rapport, I declare that I’m in my late forties. Men have responded favorably, no matter that I don’t fall into the age criteria stipulated on their profiles. Herein is the irony: none of them might have rung my doorbell had I been upfront about being close to 50. Then again, they never asked, and because they never asked, I never told. That I should take the initiative to lay my cards on the table has garnered me points. If I had lost, it would have been worth the risk. Love is too fragile of a gift to be earned with a lie.

Blanche DuBois’s fate serves as a cautionary tale. Her deceptions chew her to threads and swallow her in one gulp like lion’s meat. What loneliness. What unfulfilled longings. The Southern belle of aristocratic lineage and exquisite beauty could have had it all. More tragic is Vivien Leigh’s own fate. The actress would later say that playing Blanche “tipped me over into madness.” She so identified with the role that in film projects that followed, she would slip into Blanche’s character and speak lines from the Tennessee Williams piece. She was institutionalized for schizophrenia and bipoliarism, during which she received electric shock treatments that scarred her temples, and with her marriage to Laurence Olivier having ended in divorce, she indulged in sexual relations with sailors and cab drivers, the kindness of strangers her only solace. (http://www.rafsy.com/films-2000s-present/begin-again-alone-on-a-pedestal/)

Of course, dirty old whatever is a matter of individual. For these couples, age takes the back seat to love: Humphrey Bogart (born in 1899) and Lauren Bacall (born in 1924); Carlo Ponti (born in 1912) and Sophia Loren (born in 1934); Robert Wolders (born in 1936) and Audrey Hepburn (born in 1929). They were together through ailment, separating only in death, and thus silenced skeptics on the pairing of naiveté and wisdom. Their counterparts today are Percy Gibson (born in 1965) and Joan Collins (born in 1933). “You go, girl,” was posted all over Facebook upon news of their nuptials. I admit that I didn’t think they would last. “She’s rich and famous. She can buy any young bloke she wants,” I posted to a friend. Collins and Gibson have been married 13 years. No fluke, those two. Now lest I forget, here’s a duo that lists as one of my favorites, Christopher Isherwood (born in 1904) and Don Bachardy (born in 1934). Slightly over 30 years apart, the author and the teen met at a Los Angeles beach party. Isherwood was 49. Bachardy was three months shy of his 19th birthday. The attraction was instantaneous, Bachardy would say in a documentary that chronicles the magnetism of their union, “Chris and Don: A Love Story” (2008). With one kiss, they embarked on a voyage that lasted over three decades.

The irony in “A Streetcar Named Desire” is that our heroine isn’t really that old nor would she ever be. She is immortal as Vivien Leigh at the zenith of the actress’s creative prowess, skin as incandescent as ever and eyes crystalline hypnotic, a candle that blazes the screen. “I don’t want realism,” Blanche says. “I want magic.” She achieves this, her deepest desire. As the cardinal force in a story that defies death, Blanche DuBois is forever young.