Some stories are so universal in their themes that every other generation reinvents them to conform to the current condition of the world, though with their essence intact. One such theme is the quest for an identity. At a time in America when cowboys were considered the good guys and Indians the bad guys, “The Searchers” (1956) premiered to commercial success and posed the question of what we would do if a person we love reestablished roots with a group of people we have been brainwashed to hate.

The movie follows cowboy Ethan Edwards (John Wayne) on a mission to rescue his niece (Lana Wood), whom Native Americans abducted when she was eight. Although Ethan completes his mission, he does so seven years later, and the 15-year-old Debbie Edwards (Natalie Wood) he finds has adopted the language, way of dressing, and rituals of the tribe that plundered her girlhood home. Meanwhile, the reunion triggers memories in Debbie long suppressed. Who is she really, both wonder. She belongs neither here nor there.

The French remake, “Les Cowboys” (2015), has replaced Indians with Muslims, the pariahs of the internet civilization as Islamophobe runs amuck over ever-deadlier terrorist attacks purportedly committed in praise of Allah. 16-year-old Kelly Balland (Iliana Zabeth) has run away from home with her Muslim boyfriend (Mounir Margoum), spurring her father, Alain (François Damien), and brother, Georges (Finnegan Oldfield), on a wild goose chase in pursuit of her. The pair travel from the comfort of a prairie town in France to Belgium, Yemen, and Pakistan, enmeshed in a decade-long hunt blotted by the breakdown of a family and unwarranted deaths. The obstacle is Kelly herself… she doesn’t want to be found… and should she be, elements of the daughter and sister so beloved might no longer exist.

Every one of us, at some point in life, embarks on a diaspora of sorts. Whether we are off to college or migrating to another land, we part from a place that since birth has provided us a sense of either belonging or disconnection in answer to a call of distant frontiers to forge our own destinies. My origin is the Philippines, the bedrock of many of my fondest childhood memories: weekend swims in a pool amidst a garden of hillocks and trees as bountiful as those in a rain forest; Grandma Antonia’s meat omelet; a house awash in light as relatives from second cousins to grand aunts gathered for Christmas; and the boom of New Year’s Eve fireworks. I could not conceive of being anywhere far and apart from family. Then puberty hit. Today the United States is my home. “Would you ever go back to the Philippines?” my friend, Vince, has asked. To visit, yes. I do often, every holiday season. To live in, no. Only the U.S.A. can ballyhoo a diversity of creeds, ethnicities, and lifestyles. As the 2016 presidential campaign has reminded us, it’s this very diversity that makes America great, a nation founded on immigrants from Europe to Asia, from Africa to the Latin continent, all who have converged on the shores and tarmacs of this world power for one unified purpose: the prospect of an auspicious future. (http://www.rafsy.com/films-1920s-1950s/sunrise-the-allure-of-the-american-dream/) San Francisco has provided me the community to be true to my nature. I can dance with another man at a bar… hands on the other’s hips, lips close as to suggest a kiss… without fear of censure, and every June, flag poles on Market Street brandish the rainbow banner in celebration of Gay Pride month. The subject of HIV/AIDS is a public discussion. For those personally affected by the disease, a support network exists. Medication is available to prolong life as are counseling and social organizations so that one need not feel alone.

This isn’t to say that America is perfect. Homophobia persists, as evidenced by the murders of transgender people (21 were reported for the year 2016) and the shooting at Pulse, an Orlando gay nightclub where a madman opened fire, killing 49 men and women. Nevertheless, America holds sacred the first amendment. Whenever we are victims of an act that violates our civil rights, we speak, we shout, we protest, we take to the streets and raise placards at arms length that demand enough is enough. And those in government do listen. Ten years ago, we would never have thought possible marriage between two persons of the same sex and the abolition in the military of a law that prohibited homosexuals from serving. The United States is indeed a sanctuary for each to exert one’s rights as an upstanding citizen. The Philippines is developing its own progressive view towards homosexuality. I have seen in 20 years the influx of gay bars in Manila, some located in the commercial center and that attract the patronage of socialites and yuppies alike. More than ever, the media allot coverage to gay, lesbian, and transgender personalities. One such public figure is Vice Ganda. A movie star and TV fixture, he is heavy on the make-up and speaks with a voice as whirly as his sashay, he is Linda Evangelista in his array of hair colors and prone to histrionics when speaking of his past as a victim of anti-gay defamations. Ganda is a stereotype, which is not entirely good. While lending a voice to a segment of Philippine society to a large scale voiceless, he does so in a way that fans preconceived notions of what it is to be a gay man.

Ultimately, homosexuals in the Philippines do not have a political force. Their presence is contained within a box of flamboyance, everyone’s favorite couturier, hairdresser, gossip, and comic relief – an overall buffoon. Blasphemous is the gay man who breaks through the encasement. Because he isn’t easily identifiable, he is somewhat of a threat, like an enemy spy who blends in a crowd, unbeknownst to all lugging a bomb in a satchel.

In “The Searchers” and “Les Cowboys,” our self-anointed rescuers believe their respective enemies have corrupted the missing girls. Filipinos far from regard Americans as the enemy, despite having been under their colonial authority for half a century. On the contrary, we Filipinos are rather enamored by Americans. We so prize Stateside products that we don a tee stamped with a Tommy Hilfiger logo as if it were ermine, and billboards along freeways feature Filipino faces that promote a Western ideal of beauty of fair skin and aquiline noses. At the same time, while in high school at the International School, my Filipino friends and I had constructed an invisible wall between Americans and ourselves. We considered them loud and sexually loose, an eyesore in frayed jeans and athletic wear as daywear. By pursuing a higher education in the U.S.A., I invited a foreign culture to mollify my conservative outlook on clothes and manners so that, upon my senior year, my father disapproved of my daily attire of shorts, high tops, and a collarless tee. Meanwhile, on the sexual front… well… let me just say I was coming into my own. 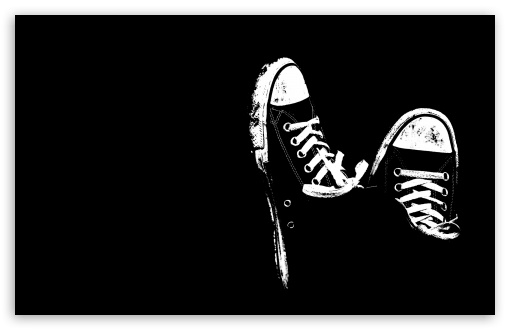 My sister, Anna Maria, never thought she would again live in the Philippines once she left for college in New York five years prior to my own departure. (http://www.rafsy.com/films-1960s-1990s/breakfast-at-tiffanys-sunshine-through-rain-clouds/) She had found her domain, there in a world capital synonymous with beauty and fashion, art and intellect. How she bemoaned being a misfit when, some 14 years later, she decided to expand her architecture firm to Asia by setting up shop in Manila. “This place really isn’t for me,” she said. We were at a luncheon during one of my visits, and she was criticizing the customs of a myopic society, namely the compliments on appearance that verge on sycophantic and the twaddle whispered over private lives, often false and pernicious. Yet in Manila she remains, and there she will be for a long time to come, perhaps for the rest of her life, for her career has flourished and her American husband shrugs off all about the culture that grates her.

Cowboy or misplaced soul, we are each a bit of both. As Ethan Edwards in “The Searchers” does right with Debbie, he gives us a closing shot a trademark of every tale about the wild, wild, West: that of a figure, stooped and solitary, lumbering into the sunset. Ethan is us either on the road to stake our territory or going back from whence we came.