It’s easy to fall to the temptation of a big city. Bright lights and skyscrapers scream of money, glamour, and adventure. Every movie star wannabe uproots to Los Angeles, the Hollywood sign perched on Mt. Lee a gateway to paradise. New York is the mecca for a dancer from hicksville with bets on Broadway. Paris is home to the “Mona Lisa”; the tallest building in the world towers over Dubai; and Shanghai is an ever flourishing metropolis of space-age edifices. The coalescence of the past and the future is never more apparent than in an urban center. To be tucked away in a borough, where barely a visitor passes through, is to be non-existent. For all its promise, however, the lure of glitter can have a menacing twist, such as what German director, F.W. Murnau, depicts in his silent classic, “Sunrise” (1927).

“Sunrise” tells the story of a man (George O’Brien) and his wife (Janet Gaynor), a doting pair content in their rustic life. By the lake one night, the man encounters a woman from the city (Margaret Livingston), who in femme fatale accoutrement of black coat and hat, seduces him. The man is so hypnotized that he consents to kill his wife so that he could run away with the woman. He takes his wife on a boat ride with the intention of drowning her, but just as he has misgivings, she suspects something is awry. They reach shore, where the wife flees, finding her way to the city. The man begs for forgiveness, pleads that she not be afraid of him as he offers her flowers and cakes. Love is revivified. On the boat ride home, a storm erupts. The boat capsizes and the man cannot find his wife, while the woman from the city awaits him near his farmhouse, assured he has accomplished the murder. 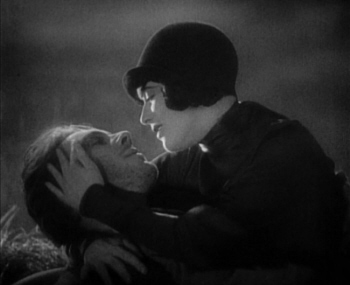 Our hero is somewhat of a dud, you might say. Cheating on his wife is one thing, but offing her, and for the sake of a random harpy with whom he has a moment under the sorcery of a full moon? Still, what a spell “Sunrise” casts on its viewers, one on par with a biblical parable. The struggle between gold and simplicity is a universal dilemma. Gold is the metal that ambition is made of, and it shimmers in our imagination with the force of a shooting star, exists within our reach in the form of a Rolex watch, a slot machine, or a sweet talking vixen. Nothing new here. As the axiom goes: every story has already been written; the novelty is in the telling. That “Sunrise” was made in the infancy of cinema as a medium of narration endows it with originality. The film is the first of its kind, a groundwork for other great films to come. Elements of “Sunrise” – its elegiac atmosphere and its spotlight on the underbelly of man’s voracious hunger for more – are evident in “The Godfather,” parts I (1972) and II (1974). We can see what dreams the woman in the city kindles in the man. She’s a visitor from a place that generates tales among folks in the boondocks of easy everything – easy living, easy pleasures, easy virtues. She’s dressed to the nines, and she’s confident about what she wants and how she wants it, the contrast to a tractable wife in blonde bun and peasant frock. No potato picking fräulein is the woman. She’s the personification of a new world, the American Dream.

America is founded on stories of loss and sacrifice. From the early pioneers to the immigrants who passed through Ellis Island, from the migrant workers of the Great Depression to the refugees of the Vietnam War, the call of a bountiful beginning invites all to the land where the eagle soars. No greater symbol of promise exists than that of Lady Liberty, torch raised to the firmament. It’s a never ending saga. Today the exodus is from south of the border and the Latin continent. Whoever the next wave of settlers, wherever from, our histories are intertwined. My aunt, Tita Tessie, started off as an illegal alien in the early 1970s. She came to the U.S. to visit another aunt, Tit Baby, a doctor, who had already petitioned residency for my grandmother, and overstayed. When an immigration officer knocked on Tita Baby’s door one day, Tita Tessie was hiding in a closet while Grandma Susan was praying. My aunt was able to elude deportation by decamping to Canada.

To this day, I don’t know why the desire to be in America. Life for the Villamin clan wasn’t hard in the Philippines, despite President Ferdinand Marcos’s enforcement of martial law. I suppose it was enough that the dollar is a force to reckon with. When Tita Florence followed, hers was a tear-soaked farewell. I can still see her at the airport, in bell bottoms and platform shoes, head bowed in grief, as her boyfriend, seated on a ledge, gazed up into her face for the last time so that with his eyes, he could implore her to stay. She let go of his hand, ever so slowly, and that was it. Life in America has been prosperous for all of them ever since. Even so, there was no knowing 40 years ago what the future would hold, yet they felt in their core that the gamble was worth relinquishing the nearness of friends and lovers, surrendering one’s homeland for unchartered territory.

My own migration to America was uneventful. I got into college, decided to stay, and during my swearing-in ceremony as a citizen nine years later, I responded to a radio interviewer who happened to be scouting the room that I wanted an American passport because it facilitates traveling. “There must be a deeper reason,” she said. No, there wasn’t. Yet I didn’t want to be trite, so I said, “Ever since I was a child, I would come to the States to visit relatives. It was always such a thrill for me to be with my cousins, to wake in the same house as they were in and just to know I could spend the whole day… the weeks ahead… with them. Coming here was like entering a land that existed in a storybook. The malls, Disneyland, Hallmark stationery… everything Americans take for granted because these things are available to them at any moment… was a treasure that could be mine just by virtue of my being here. This planted the seed of my wanting to be American. Simple as it is, that’s the truth.” 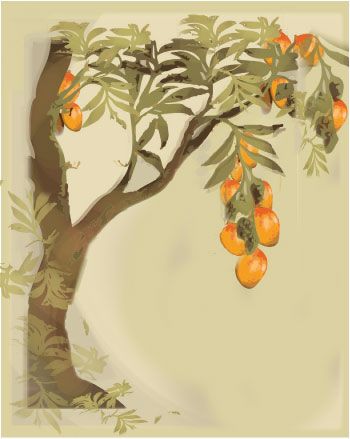 America is home. The constant spring weather of San Francisco, New York’s sleepless energy, Chicago and its blocks of monolith buildings… I adore them all. Nevertheless, as I grow older, the country of my birth summons me. In “Sunrise,” the man finds his wife adrift on a bundle of reeds, unconscious. Upon daybreak, she opens her eyes and the two kiss, never again to part, for as beguiling as the woman from the city is and all that she represents, the wife is the ballast of the man’s existence. So it is with the Philippines and me. The Philippines is where my life began, the place that nourished my dreams, and while I reside in another country, a part of me will always embrace the monsoon winds, curse a tropical storm, and take refuge in the shade of a mango tree.