From the moment of our birth, we are given ultimatums on which we are to plan our lives. We must graduate from high school by 18, from college by 22, and by 30, we are supposed to have found a long-term partner, if not a spouse. A friend has asked me how I feel about the belief that if a gay man hasn’t found a mate by the age of 50, he never will. “I don’t worry about that,” I said. “What would be the point?” For a woman, 50 is a pivotal stage. As society views feminine pulchritude to wane in a woman’s forties, come 50, she is invisible. The evidence is in Hollywood. Aging actresses wince that roles are scarcely available to them. Madeleine Stowe, Meg Ryan, Kim Basinger… the list goes on of screen ladies whose names once commanded top billing on a theater marquee and then… poof!… no more. The influx of young and talented actresses such as Carrie Mulligan and Frieda Pinto trumps experience, and when a film does require a mature actress, the opportunity is often handed to the holy grail of Helen Mirren, Meryl Streep, and Judi Dench, although as matrons suffering either the loss or the death of love rather than the birth of it. Really, now that I’m 48, what would be the point pondering a downhill journey that awaits after the road mark of 5-0?

But that is not how life has to be. In “I’ll See You in My Dreams” (2015), Carol (Blythe Danner) is a 70-year-old woman who had a youth of riches – beauty, a musical career, a husband, and a lovely daughter. It ended at 50 when she became a widow due a plane crash that claimed her husband. We wonder why it is 20 years until she falls in love again, yet there it is. It happens – the blushing and the coquettish bows of the head, the melting kisses and the swooning over a whisper. The wait was worth it. Bill (Sam Elliott) is a heartthrob, smooth and attentive. That he should ignite a flame in Carol in her golden years dispels all notions that romance must end with youth.

Given their proximity in age, the two are a logical match. The surprise is in Lloyd (Martin Starr), Carol’s pool boy, a stonehead of a lost soul who’s young enough to be Carol’s grandson yet who is prone to spurts of wisdom. He is also attracted to Carol. The two bond over a bottle of wine as he takes a break from his chores, and this leads to a night of karaoke. Typical of karaoke, the performances are playful, mimicries of singing rather than actual singing, even Lloyd’s performance, aspiring songwriter the guy may be, until Carol takes the mike with her rendition of “Cry Me a River.” The way Lloyd on the bar stool looks at her, the scintillation in his eyes, that alone unbolts the portal to soaring possibilities for Carol. She’s still beautiful. She’s still worthy of a man’s touch. She can command attention from admirers both young and old.

Of course, age matters. One destiny we all share is the grave. As the years progress, an acceptance seeps in that the career we’ve been laboring over might never be and that the one who got away is gone for good. The body ails. Time grows ever scanter. All that work and hope become so tiresome that we reach a point in which we say: “Enough. This is what I’ve got. Relish it.” That’s the key factor – to relish what we’ve got. Although the future may not be the sprawling meadow it used to be, it still exists. Maybe a blindness to this is what stymied Carol from love during her two decades of grief. Maybe. She has no answer and neither do we. Much of living and dying are an enigma. When she bewails to Lloyd her lack of comprehension of the most piercing of losses, he says with complacency, “There’s nothing to get.” What a godsend it is to Carol that this kid should be there at life’s onerous hours, Confucius in the guise of cougar-bait. She is old, and the hunt for answers to the unanswerable won’t placate the years she’s got left. Sometimes, we need to relinquish ourselves to the flow of existence because things will happen regardless. It’s the only way we can rest in peace. 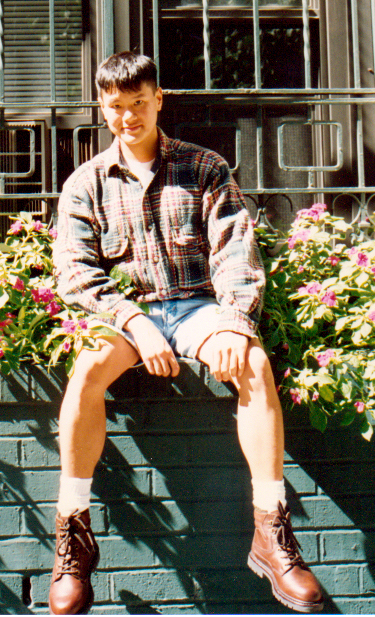 I went to watch “I’ll See You in My Dreams” with my 28-year-old nephew. He applauded it, commended the relationships depicted and Blythe Danner. He found her prettier than daughter Gwyneth, a testament to the agelessness of beauty. However, I wonder what reading he got from the film as well as what my own interpretation might have been were I his age today. That I am near the autumn of my years awards me the insight to write this posting with conviction rather than with analytical detachment. And as I ruminate over my life, I am amused that turning 20 was traumatic for me. I wasn’t a teenager anymore. I viewed 23 as the pinnacle of adulthood. Truman Capote, Carson McCullers, and Norman Mailer were literary stars at that age. (http://www.rafsy.com/films-2000s-present/infamous-the-high-risk-of-faith/) James Dean was dead at 24, while Jimi Hendrix, Jim Morrison, and Janis Joplin themselves didn’t survive to 30. (http://www.rafsy.com/films-1920s-1950s/rebel-without-a-cause-rage-against-the-dying-of-the-light/) Young as they were, they had made their mark. I wanted to be a writer, but I had no subject on which to write. Time was ticking. My first thought on the morning of my birthday was that if these 20 years went by this quickly, then the next 20 would go by even faster. I contemplated what accomplishments I could trumpet given that I had just gotten a C- in my first creative writing assignment. Answer: none.

Such is the effrontery of innocence, this incurring of expectations, the illusion that we are endowed with the superhuman capacity to fulfill them not long after the age when we have just been granted the right to drink. To measure our lives against those of others is foolish. So, too, is constricting ourselves within a time frame. I’d be lying if I said that I don’t fret over middle age. My stories and novels continue to meet rejection. That’s my youth right there. The years spent honing a craft for the reward of recognition are soon to result in a mid-life crisis of anonymity. On the other hand, I’ve always been a late bloomer of sorts. I didn’t have my first kiss until I was 19, and I was five years older than most of my colleagues at the Cornell writing program. I didn’t look 30 until I was 40, and I have yet to experience a great love. 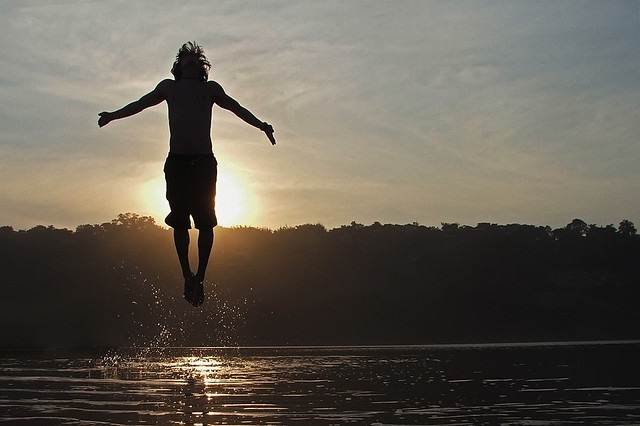 I also continue to dream. Ultimatums aside, the half-century mark can be a new beginning rather than a dead end. As long as I’m breathing and able, the goals I’ve held on to through thick and thin can reach fruition. No doubt, I am entering the stage in which my dear elderly are starting to pass on. What a daunting thought – to be alone, those who have provided emotional uplifting… parents and teachers… gone. There’s nothing I can do other than what Carol does: when the shit hits the fan, to take a vacation.