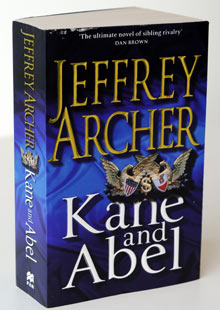 I was 14 when I read my first novel, Jeffrey Archer’s “Kane and Abel.” If my high school English class hadn’t required me to present a book report, I would never have picked it up. Reading 600 pages seemed too tedious a task, and my literary taste then leaned more toward non-fiction mysteries such as those that chronicled the fate of the lost island of Atlantis or that profiled the world’s most famous ghosts (one being the benign spirit of London’s Drury Lane Theater, who would give encouraging pats to lead actors on opening nights). I don’t remember how long I took to read “Kane and Abel,” but I do remember the principal characters and I especially remember the plot: In 1918, Abel Rosnovski migrates by ship on steerage class from communist occupied Poland to Turkey and then to America, where through hard work and an anonymous benefactor, he rises from rags to riches as the owner of a chain of hotels. During his climb, he meets Arthur Kane – a six foot-tall, blue-blooded Bostonian educated at St. Paul’s preparatory and Harvard – with whom he forges a bitter rivalry over possession of the hotels, only to discover in old age that Kane was his mysterious benefactor. Underscoring the main story line are the sweeping sub-plots from the death of Kane’s father on the Titanic to the rape and murder of Abel’s sister, Florentina, by communist soldiers to the Crash of 1929. By the end, the novel no longer seemed too long, but too short. How, I marveled, could so small of an object contain so much? 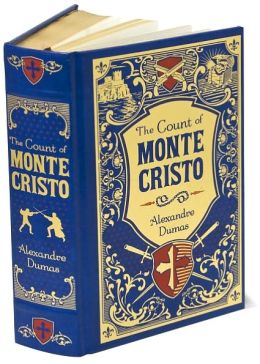 I attempted to write my own novel. I didn’t make an outline, had no idea what the beginning, middle, and end would be nor who the characters were. All I had was an image of a 17-year-old boy riding steerage class on a train from Yugoslavia to Paris, surrounded by sun-wrinkled women dressed in dirty head scarves and floor-length aprons and carrying vomiting babies. My hero, in his newspaper boy hat, would somehow reach America from France to be the next Abel Rosnovski. My attempt lasted less than an hour. I would write two lines, scratch them out, then write another two lines, until I had a page of scribbles. Finally, I gave up altogether. Yet I’d keep on reading for years thereafter, first a few more of the day’s best-sellers followed by the classics, starting with Alexander Dumas’ “The Count of Monte Cristo.” Every time I closed a book, I’d think, I wish I had written this. I wish I could write like Dumas… or whomever it was whose words were the last I’d read upon going to bed.

Soon, I was harboring the same wish with regard to films. I imagined that “Sunset Boulevard” (1950) (http://www.rafsy.com/films-1920s-1950s/sunset-boulevard-the-edge-of-madness/), “A Place in the Sun” (1951) (http://www.rafsy.com/films-1920s-1950s/a-place-in-the-sun-a-love-worth-dying-for/), and “Rebel Without a Cause” (1955) (http://www.rafsy.com/films-1920s-1950s/rebel-without-a-cause-rage-against-the-dying-of-the-light/) were adapted from stories and novels I had written. The drama and the performances compelled me to read Hollywood biographies so that after a while, fantasizing that I had been the creative force behind those films wasn’t enough. I imagined I was the characters themselves. I was brooding Montgomery Clift, whose doomed love for Elizabeth Taylor leads him to the electric chair; James Dean, so emotionally tortured, yet so cool in his white tee shirt and red jacket, that he’s only capable of half a smile; and Sal Mineo with his smooth skin and eyes close to tears in yearning for acceptance. I drew no distinction between the actors and their roles. Neither did their biographies. Their film personae were an extension of their personalities; hence, the only reality for me, the only truth, was the cinema. And that was how I wanted to pattern my life. God knows how much I wanted to look like Clift and Dean and Mineo, to be a creator, a lover, a hero, a star. I truly believed that I would be all that once I turned 18 and moved for college to the States from the Philippines. There, I thought, I would learn about the world, bloom into a man with Dean’s sexual presence, and fall in love with someone who would love me just as Clift did with Taylor. I was plotting the novel of a life I fancied. But when I finally did move, my prediction didn’t pull through. So I thought maybe at 19… maybe at 20…

20 came. I knew by then that I’d never be the man I had hoped to become. I had acne that scarred and I stopped growing at 5’7”. I had fallen in love with a boy named Ralph, but he could never love me back because he liked girls. I vented my disillusionment through art – I drew, I took a short story writing class, I kept a journal, I listened to opera – and once more, as I did six years before, I wanted to write a novel, only now I was wise enough to realize that I didn’t yet have the craft or the training or the subject. Again, I would wish of the writers I read that I were the true creator of their works. It seemed that was as far as my literary aspirations would go – wishing. I would be a copywriter or a graphic artist upon earning a BA degree, but never an author.

Then, one summer night, I went to a gay bar in Boston named Chaps. The lights were on low and mirrors surrounded the dance floor. The place was empty, save for four other men. Whether they were two pairs of lovers or a quartet of friends, I wasn’t sure. They all looked alike – tan, robust, Caucasian, and very, very tall. They dressed alike, too, in white tennis shorts and pastel tee shirts. One was standing against a mirror, watching the rest dance. I was standing by the bar, watching him. He’d smile every time one of the three – a square-jawed man with thick eyebrows and thick black hair – would look his way. Whenever the man dancing would turn back to the group, the admirer’s smile would linger for seconds more. I ordered a glass of soda water to appear more preoccupied with a drink than with them. Not that it mattered, for not once did they so much as glance at their surroundings. Yet I stayed and I drank, hoping that I’d receive a smile, a long, endearing smile that would compensate for all those celluloid manufactured illusions.

To get back to a studio I was renting for the summer, I had to cross a plaza where stood a building with granite columns and ceiling-high windows. It was drizzling. Rain drops made soft indentations in a fountain that extended the plaza’s length. I walked by the colonnade to keep dry, and mid-way across, a man ran on the rim of the fountain, his yellow raincoat sun bright against the night sky. As he disappeared into the distance, I thought of the men at Chaps, wondering where their lives would take them, if I’d ever see them again, though instinctively knowing that I never would. It was a sad thing, obscurity. As brief as my stay at Chaps had been, those men were now a part of my life and they didn’t even know it. I looked up at the monumental columns to the sky. The rain drops were thin and short like pins of cellophane. I prayed to God that I could face a life of solitude so long as I could give the world something of myself that would last. That would be my claim on Ralph, the men at Chaps, and everyone else who would break my heart in the years to come – to write for and because of them. It didn’t matter anymore that I knew not on precisely what subject to create a novel. This, I was sure, was something I’d discover in time by no great design other than by simply being alive. 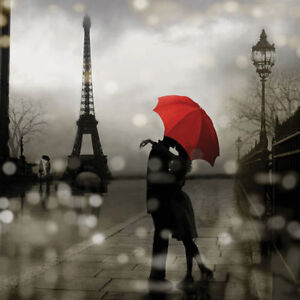 I moved to Paris that fall for a junior year study program abroad. During those 12 months, I rode a camel in the Sahara Desert, walked on the cobble-stoned streets of ancient Constantinople, and drank myself to sleep with ouzo on the white sands of Santorini. With every land I trod, I was possessing yet a little bit more of the world through my camera, my memory, my pen. I am still a traveler, and the more I possess, the more years that come between me and my 20-year-old self, the closer I am to fulfilling my prayer.