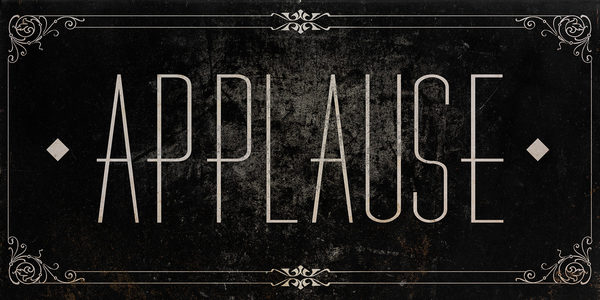 In 2004, the annual Silent Film Festival in San Francisco screened “The Four Horsemen of the Apocalypse” (1921) at the Castro Theater. Since I expected a small audience (a silent film, really?), I arrived ten minutes before show time. Big mistake. Imagine the cash registers at Costco on 4th of July. That’s how many people were waiting with ticket in hand. A line extended from the marquee down a quarter of the block to 17th Street, around the corner and up a full block to Noe Street, then around Noe. People weren’t gathered on the pavement for the feature either. It could have been anything so long as it starred the man who was seducing a crowd to spend a sunny afternoon in the darkness of an antiquated movie palace – Rudolph Valentino. I will dispel any notion you might have of everybody present as an old timer. I stress that I… then in my thirties… was there, and I bear witness to the phenomenon that a chunk of the viewers were youths who fit the Haight-Ashbury template of frayed jeans and scraggly hair. Nearly 80 years after his death, Valentino remained a big draw. As I overheard a woman say while gazing at the actor’s name on the marquee, “I guess that’s how it is when you’ve gained immortality in films.”

How did Valentino manage such a feat? For starters, he was f_ing hot by any standard, be it 1920s or 2000s. I have an indelible image in my head of footage I once saw on TV that featured a pair of flappers strapped to arm cords designed to measure the increase of heart rate upon viewing a Valentino movie. The needle to the flatline screen went berserk. So did the two women. Their eyes popped out as though their fingers had been plugged into a socket. Electricity current (or maybe it was hair peroxide) kindled their wavy flapper bob. Delirious to the point of fainting, they appeared in the throes of an orgasm. The Valentino I saw on screen at the Castro Theater justified the histrionics. There is a reason the tango scene made him famous. In a poncho and a leer underneath a sombrero, he intrudes on a couple heating up a tavern dance floor. Since the señorita’s partner refuses to budge, our star in character as Julio Desnoyers whips out a sword and stabs the poor hombre. He then grabs the lady, lunges, dips, and glides, his body pressed against hers with enough strength for an appendage to poke a hole through his gaucho pants. The persona of the Latin lover was born. Contrary to popular perception, the male archetype started with Rudolph Valentino, not with Zorro.

Valentino was the first with regards to another pop cultural phenomenon that would include James Dean, River Phoenix, and Heath Ledger – the mythologizing of a Hollywood star in the aftermath of an untimely death. Young, beautiful, and at the pinnacle of his stardom, Valentino was 31 when he died of a perforated ulcer in 1926. 50,000 mourners attended his wake in New York city. Those who couldn’t get in, smashed windows, and still others – a handful of maniacal fans – killed themselves. The next time America would witness this form of crazed adulation was some 40 years later, when Marilyn Monroe’s death spiked up the suicide rate by 12% in one week. Film historians never refer to a Valentino film as a touchstone in either artistry or technicality. Neither is Valentino remembered as a great actor. We wonder if he would be the legend he has become had he lived to old age. He could have flourished in talkies as Greta Garbo did (http://www.rafsy.com/films-1920s-1950s/flesh-and-the-devil-the-sound-of-an-original/), disappeared only to make a big bang of a comeback two and a half decades later à la Gloria Swanson (http://www.rafsy.com/films-1920s-1950s/sunset-boulevard-the-edge-of-madness/), or joined his silent contemporaries on the plummet to oblivion. At the same time, wondering of what might have been is futile. No amount of speculation can amend that the man’s passing under tragic circumstances gave him posthumous fame. I am as susceptible to the marketing of celebrity misfortunes as any member of the star-gazing public. Young death is a large reason for my romanticizing Valentino. That Valentino had a risqué personal life renders him all the more alluring. Before he was a star, he was a gigolo and a petty thief. His first wife was a lesbian. The public jeered him as a “pink powder puff” upon the release of “Monsieur Beaucaire” (1924) due to his heavy make-up, beauty mole, and flamboyant costumes. He was rumored to have given actor Ramon Novarro an art deco dildo as well as to have had homosexual liaisons all over Hollywood. The guy was literally a walking piece of sex. Plus, he could have been a friend of Dorothy. And then he was gone. No images will ever exist of Valentino’s transmogrifying into a slovenly old man with a pachyderm belly as they do for cinema’s all-time hunk, Marlon Brando. (http://www.rafsy.com/films-1920s-1950s/a-streetcar-named-desire-forever-young/)

As an artist and a gay man endowed with a highly visual sensibility, I wonder about my own legacy. I am at the age I am meant to be, at the peak of my physical power. 48 is old enough to express wisdom and young enough for future possibilities. I lift weights, have grown comfortable in my own skin, and project through my writings a voice that is distinctly my own. In my daydreams, my novels would exhibit the literary virtuoso of William Styron, packaged with an author pic that stuns with the good looks of Rudolph Valentino. However, even though people assume me to be ten years younger, the Dorian Gray effect can only last so long. Should the reveries persist past my middle years, then I’d be Norma Desmond demented. Alas, although I can always believe within reason in applause for my creative output, the face the public would associate with it could be that of a man who buys movie tickets at the price for a senior citizen. That’s okay so long as I am not prone to whatever it is John Travolta has done to make his face plasticized. The day will come when I must say without contention, “I am old.” Immortality and eternal physical beauty are attained only in young death. That is why we are hooked on Valentino and the celebrities after him who have met his fate. We project onto them a desire that we pay plastic surgeons a fortune to fulfill. The irony is that Rudolph Valentino was not on a death wish. On the contrary, he spent his last moments speaking of the future. Yet there we have it: a sex symbol for the ages who will forever be ageless.