Isabella Rossellini has said that true beauty is when you see a woman as beautiful rather than as once having been beautiful. That’s a tough state to achieve. Many a celebrated beauty spends her early blush of womanhood in front of the camera for the world to behold as a vision of spring loveliness. The permanence of film creates an illusion of agelessness, and that illusion becomes her identity. We wax poetic over our infatuation with these women and the nubility they exude. Of Greta Garbo, a film critic gushed, “Her luscious lips and volcanic, slumberous eyes enfire men to such passion that friendships collapse.”(http://www.rafsy.com/films-1920s-1950s/flesh-and-the-devil-the-sound-of-an-original/) In some form or other, the same has been said of Eve, Helen of Troy, and Nefertiti. Like the illusion itself, the praise is ephemeral. The world turns unkind to the appearance of a wrinkle and an increase in girth. The inevitability of age results in a dearth of film offers and photo shoots. Garbo became a recluse. Marilyn Monroe died.(http://www.rafsy.com/films-1920s-1950s/bus-stop-stardom-in-the-hollywood-night/) They were both just 36. As a septuagenarian, when gawkers would hound her for a glimpse of her celluloid past, Garbo scoffed, “I look like the Madwoman of Chaillot, hair hanging.” (https://people.com/archive/cover-story-the-great-garbo-vol-33-no-17/)

For a moment, Twiggy had a place in the gallery of bygone beauties. She was a relic when I was coming of age, and she wasn’t even old, a mere 20-something. Throughout the 1970s, she made a career for herself on screen (both big and small), stage, and in song, earning a pair of Golden Globe awards for Best Actress and New Star of the Year as well as a spot on the British pop charts. That she evolved past modeling, however, was nothing I was aware of. I neither heard her recordings nor saw her movies. That continues to hold true today. For all the Western shows and commercials featured on Philippine TV, many such as “The Brady Bunch” and “Gilligan’s Island” never reached the shores of my homeland. My cognizance of American pop culture didn’t happen until the late ‘70s with “Charlie’s Angels.” Yet I must have encountered Twiggy’s image somewhere…. perhaps in Hong Kong or Japan, where I had spent my toddler years and where Twiggy had been a hit… because that face and that name seem to have been with me all my life.

The first memory of Twiggy I do have dates to the early 1980s. I used to watch an afternoon TV show that would bring the viewers on a voyage through a time capsule to events and inventions of the past. In black and white footage, a girl with linguine limbs, butterfly wing lashes, and the most supercilious of facial expressions since Garbo strutted off the catwalk and into my consciousness. What invention is that? I marveled. Reporters and photographers swarmed around her as if she were Moses parting the Red Sea. It was Twiggy on her arrival in New York in the year I was born. At 18, she had such command of her audience and such awareness of her power to bring the public to its knees with a sashay and a bat of the lashes that I was instantly mired in a feeling of both envy and awe. Whatever it is we call the It factor, she had. I wanted that for myself. Disregard that Twiggy is female. Star quality, charisma, sex appeal… whatever other sobriquets It is known by… is a virtue on anybody of either gender. 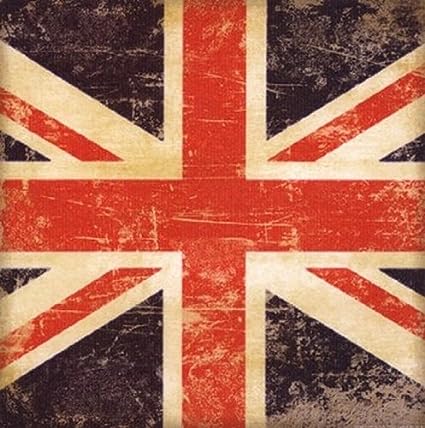 Yes, I include sex appeal because the Twiggy on TV at that moment, in all her cropped hair and flat-chested boyishness, was sexy. The way she moved, her sureness of steps and high head, and her oblivion to the camera flashes and buzzing bee interrogations put her on a pedestal. There’s something alluring about someone you want but can’t have. I encounter that on a daily basis at the gym. It’s called desire. And it’s damn frustrating. Frustration was evident on the face of every member of the press in Twiggy’s presence – the ogling, the swooning, the defeat. You don’t forget that when you’re a kid filled with imaginings of the type of grown-up you want to be.

The clip lasted for no more than ten minutes. Like a genie in a bottle, Twiggy disappeared. I wouldn’t hear of or see her again until 30 years later, with her as a judge on “America’s Next Top Model.” Amid the back stabbing whininess of under-educated girls and Tyra Bank’s atrocious get-ups, Twiggy stands out as a class act. Free of vamping and excessive botox, she is a sedate figure in bangs and tailored suits. Plus, she smiles. In her modeling pictures from the 1960s, she is often somber, as if a show of teeth would have detracted from the wattage of those marble ball eyes. Who knows? Maybe Twiggy wasn’t all that happy back then. To be thrust into the limelight at 16 is a daunting experience, after all, especially when you had not planned on it. Those of us who do not have fame romanticize the attention. We overlook the pressure of expectation and the sacrifices made. Woody Allen, for one, made fun of Twiggy. During that seminal landing in New York, the comedian asked her on a filmed interview who her favorite philosopher was. Since she had been expecting inane questions about her impressions of America, she could not answer, at which Allen looked over his shoulder at the camera with an expression of disdain.

You can almost sense Twiggy on “America’s Next Top Model,” wise with a well-deserved longevity, surreptitiously rolling her eyes across her forehead in questioning the intelligence of those girls the way Allen once questioned hers. She may have stopped schooling to become a world-famous model, but at least she had read Dickens. And she can talk. Eloquently. When Twiggy looks back on her heyday, she does so with detachment and amusement. It’s almost as if she were speaking about somebody else: “I always describe her, ‘60s Twiggy, as my little friend who sits on my shoulder.” (http://www.goodhousekeeping.co.uk/lifestyle/gh-women-celebrity-interviews/best-twiggy-quotes-to-live-by-sixties-fashion-icon) In the second decade of the second millennium, Twiggy starred in an ad campaign for Marks and Spencer in which she dons dresses with the panache of the sexagenarian that she is. That she is not the gangly teen she was 50 years ago does not bother her an inkling. In her own words, “I don’t understand people getting depressed about getting older. There is nothing you can do about it, so you might as well embrace it.” (https://www.brainyquote.com/quotes/twiggy_612673) Embrace her age, Twiggy has. She laughs. She cavorts. She’s having the time of her life.