The most erotic moment I have witnessed in cinema has a man locked in a gaze with a woman across a Brooklyn back alley. Leonard Kraditor (Joaquin Phoenix) is a tortured soul, a depressive who has attempted to take his life by means that include a razor to the wrist and a jump off a bridge into a body of water. Somehow, the guy can’t die. A pair of beautiful women is waiting in the wings, each one ready to enter center stage to play a role in the story of his survival. Sandra (Vinessa Shaw), a brunette who dresses in matronly frocks, embodies stability by dint of her family’s business ties with the Kraditors; hence, the rational choice for Leonard as a wife. Michelle (Gwyneth Paltrow) is blonde, leggy, and herself a fuck up. She’s involved with an older guy who’s married, treats her as a mere diversion, and pays rent for a flat that she fears she will be evicted from because she has finally mustered the courage to drop him. To top it off, she’s got an issue with drug dependency. That Michelle’s window is across from Leonard’s leads to complications and one steamy juncture. The film is “Two Lovers” (2008). Leonard and Michelle are on the phone – she with shirt raised and breast exposed, he with mouth agape. “You’re so beautiful,” Leonard says. Tears water his eyes. With the ardor of a man who has risen from the dead, he says again, “You’re so beautiful.”

Forget which of the two women is healthy for Leonard. For all of love’s machinations, logical it is not. Neither is it fair. Damaged people have a way of finding each other. Rarely does a coupling that engrosses us have happiness in the equation. There would be no story. In “Two Lovers,” the drama plays out in a domestic atmosphere because we are all in search of a partner for a single reason: as someone with whom to build a nest. Michelle plans on moving to San Francisco to start anew. Leonard wants to abscond with her because he feels connected to her instability. Sandra is clueless as to what is happening behind her back. The chap isn’t strong enough to tell her the truth, and though she would be better off without him, it’s his very weakness that arouses a nurturing instinct in her. Everybody is hooked on the wrong person. Some nest this imbroglio would make, one that would blow away in the morning breeze, every weed and twisted twig laid bare under the sun. 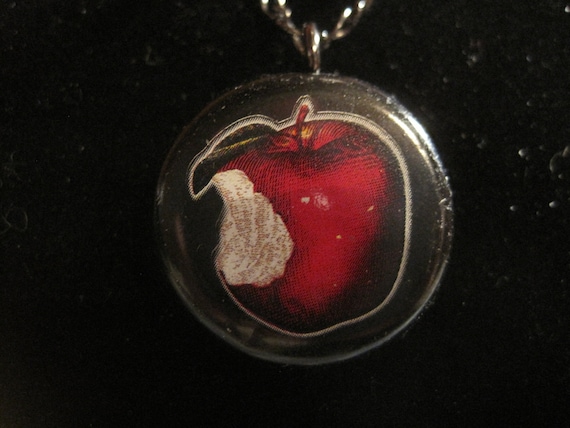 Sound familiar? Yup, we’ve all fallen slave to the inveiglement of the forbidden fruit. Mine was in the corporeal form of a 6’1”, blond-haired, muscle-bound porn star. We met online seven years ago. When I opened my front door on our initial hook up, I felt as Moses did on Mt. Sinai – flustered by a heavenly bolt of fire that incinerates a bush, the voice of God rising from the flames. Joshua was smoldering. Neither of us expected a friendship to develop… we were each meant to be a one-night stand (porn star, come on)… but when chemistry flares, it can’t be doused. I didn’t even know Joshua was in the adult film industry, and a big name at that, until in later meetings he provided me his nom de porn for me to google. But beneath the tattoos and body piercings, the salacious snarl and engorged body parts, I got to know a boy who would translate in sign language the priest’s sermons during Sunday mass in Dayton, Texas; an artist with a knack for make-up, grooming, and dressmaking; and an adventurer who once rode his motorcycle nude in the Palm Springs desert. I said I loved him. He said he loved me, too. And yet, we never so much as watched a movie together or dined out. Socially, we shared nothing. Our connection was limited to the bedroom. No small matter, sex. Even then, when someone shuns your overtures for a relationship beyond the carnal, you know where you stand, withal moments of emotional intimacy. “You put yourself in this situation,” a friend told me. True. If Joshua was using me largely as a means of physical gratification, then that’s because I allowed him to; it was my choice. I knew from the start party and play were all we would amount to.

In “Two Lovers,” Leonard makes his own choice. How he wants the baggage of hotness and problems that is Michelle. Although she wants him, too, she’s erratic. An arduous journey awaits. Nevertheless, for all of love’s tribulations, fate can turn out to be kind. In rare occasions, it could even provide a second chance, such as what it did for a friend when, during a high school reunion, he reconnected with his first love.

As Timothy described Sharon, she was the girl he had let go of, the one whose presence lingered for over a decade as a phantom of regret. In a hotel room 600 miles away from home, after dancing the night away to Culture Club and Wham! – songs they had danced to at their high school prom – Timothy was this close to running off with Sharon. She was in his arms, divorced, and still hooked on him. He had a family of his own. He loved Linda, he said, but in the 15 years since he married her, he could never stop thinking about what could have been with the other. The thought was everywhere, in every room, at the dining table, at the birth of his kids, mainly because he couldn’t quite understand why he and Sharon had split up. Then dawn came, a drizzly morn. “It was like something washing over me, a baptismal,” Timothy said. In the new day, he realized that all that was happening while apart from his family belonged to the past. The present was a wife whose goodness he had experienced when, as a hospital intern at the time they met, she had nursed his broken leg, their daughter who had needed an incubator to survive the first month of her life, and their son they had named a junior. Sharon was so close… his family was so far… yet he never felt closer to Linda and the children she bore him than at that instant and further from the woman whose head lay on his shoulder. “That was the longest goodbye,” Timothy said, “but at least now Sharon and I had a goodbye.” Love works in strange ways.

Books and songs and movies try to explain love. We think we understand this most cryptic of emotions when we read Nicholas Sparks (http://www.rafsy.com/films-2000s-present/the-notebook-do-not-forget-do-not-forget/), listen to the Beatles, or watch a Merchant Ivory production. Then we get a story like “Two Lovers,” and everything we’ve been conditioned to believe about one partner, one life, one happiness, and one sadness throws us for a loop. What does it mean to call someone the love of your life? Would that be the person within reach yet who slips away? The person who says “I do” to washing your dirty underwear and cooking your breakfast while in flip flops? Or maybe the question is futile. Granted the various reasons we love, it could be impossible to choose one.