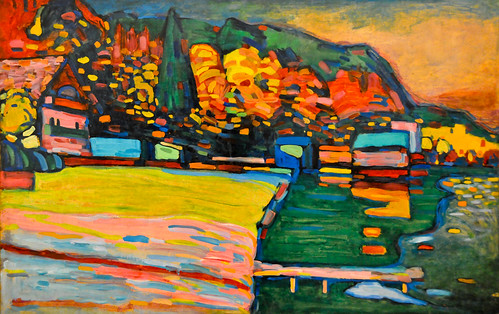 Had Matisse been God, he would have created the world of Cherbourg. Rainbow colors burnish the screen with the dewy freshness of paint on a palette. Snow flakes flurry to the ground like raining chips of porcelain china. Buildings possess the geometric precision of cut-out figures in a pop-up book. Add to the mix the music of Michel Legrand and a 20-year-old actress by the name of Catherine Deneuve in her first starring role, and what you have in “The Umbrellas of Cherbourg” (1964) is a piece of French cinema destined to be a winner at the Cannes Film Festival.

Deneuve is Genevieve, a provincial girl in the throes of first love with Guy (Nino Castelnuovo), a mechanic whose ambition is to own a gas station. They stroll on the streets of Cherbourg, sharing thoughts of getting married and having a child, which they will name Francois should it be a boy or Francoise should it be a girl. So sure are they of the future their devotion promises that everything in their midst, be it a house door or Genevieve’s dress, is as delectable as icing on a wedding cake. Conflicts arise, as they always do for young lovers. Genevieve’s mother (Anne Vernon) does not approve of Guy, and Guy receives a draft notice. It is the era of the Algiers War. This proves to be the perfect reason to implement a dramatic device indispensable to some of cinema’s most epic romances, starting with every film adaptation of “Anna Karenina” to “Sunflower” (1970) to “Before Sunrise” (1995) – a train station farewell.

Not a single misstep happens in this scene. On the contrary, it is prolonged to maximum effect. Genevieve and Guy sing their duet amid hugs and tears and kisses in the station café. The duet is so sensitively rendered (by voiceovers) that it is remembered to this day as one of Legrand’s best:

As Genevieve waves adieu to Guy’s departing train, it is raining. She grows ever so small in the distance until exhaust fumes envelop her in a fog.

Cherbourg has lost its sheen. Genevieve is left not only crestfallen, but also pregnant. She tells her mother that she will kill herself, which generates a balk and the line that a love suicide only happens in the movies. So Genevieve goes on to marry, not Guy but a traveling jeweler by the name of Roland (Marc Michel), who assures her comfort in Paris and a father to her child. Upstanding character that he is, Roland does not rescind on his word. Guy returns, and though he goes through a period of dejection over the loss of Genevieve, he finds another woman to love in the form of Madeleine (Ellen Farner), the caregiver to his ailing aunt (Mireille Perrey). This is not entirely a surprise. From the start, we sense that Madeleine will play a crucial role in our hero’s life or else she would not have been so pretty.

Every man is handsome. Every woman is beautiful. Neither villain nor villainess exists. Everybody ends up happy. Cherbourg regains its sheen. Yet “The Umbrellas of Cherbourg” is a tragedy all the same because the undying love between Genevieve and Guy on which the film stands fails to be an enduring foundation after all. Despite the oath of till death do us part, the begging to stay, and the declaration of life as worthless without each other, Genevieve and Guy are able to put their love to rest.

From a practical perspective, this is a healthy depiction of first love. No Romeo and Juliet are Guy and Genevieve nor, hopefully, are all young lovers in real life. (http://www.rafsy.com/films-1960s-1990s/romeo-and-juliet-till-death-and-beyond/) Nonetheless, we cannot deny its sadness.

For me, however, this was the beginning of my love affair with Catherine Deneuve. I am not alone here. Such is the world’s shared fascination with her that in the five decades since the premier of “The Umbrellas of Cherbourg,” her oeuvre has made for popular screenings in art theaters. On top of that, her current works merit an American release. Even in black and white, Deneuve glows. Case in point is her second film, “Repulsion” (1965), which reveals a drastic departure from the role of a pristine young woman. It is also as dark as a film could be, both visually and content-wise. Deneuve plays a schizophrenic whose hallucinations of sexual abuse lead her to murder. As erotically charged as “Repulsion” is, Deneuve does something that is a testament to her early flourishing as a great actress; she escapes being tawdry on account of her ability to imbue her character with psychological and emotional depth. Directors from Luis Bunuel to Francois Truffaut would seize upon this talent for the first half of Deneuve’s career, establishing her persona as a snow capped volcano. No other blonde beauty in the world could have conveyed both aloofness and debasement as the bored wife of a Ken doll in “Belle de Jour” (1967), one who gets her kicks by moonlighting as a whore to thugs marred with the hideous looks of a James Bond villain. (http://www.rafsy.com/films-1960s-1990s/on-her-majestys-secret-service-redemption-in-time/) In “The Last Metro” (1981), Deneuve is a fusion of regality and sexuality as the inaccessible wife of a Jewish theater owner during Nazi occupied Paris whose passion flares when she succumbs to her attraction to an actor.

Deneuve is now in her seventies. Her star is far from faded. She remains not only a fine actress, but also a beautiful woman. The secret to her longevity is not complex; she accepts her age. In one of her latest films, “On My Way” (2013), she plays Bettie, a former beauty queen on a road trip with her grandson that leads to an older person’s revelations of regrets and a desire to make amends. During one night of drinking, a young man picks her up. The next day, as sunlight bursts through the window and reveals how a woman of a certain age can look the morning after, the man says, “Wow. You must have been really beautiful when you were young. A real stunner.” For an actress to embody the role of a head turner whose looks have waned takes guts. Name any actress of Deneuve’s generation – Jane Fonda, Sophia Loren, Ann-Margret – and it is unlikely you would ever see them in a vulnerable confrontation with reality filmed for posterity.

Someday, Catherine Deneuve will no longer be. Such is the passing of the seasons, the way of life. Not to despair. We are all aware of this; hence, our duty to create art. Granted the immortality of Deneuve’s films, tomorrow’s viewers can regale in her first foray onto the world stage: in a small town called Cherbourg, as a lass named Genevieve in love with a bumpkin named Guy, joined hand in hand in lighting the universe with the incandescence of youth.