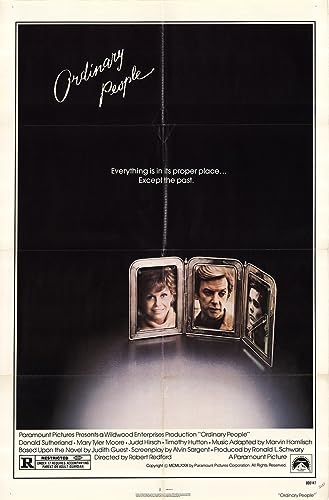 35 years have passed and the scenes continue to haunt me as fragments of a dream: a capsized boat in a stormy sea; a wreck of an adolescent boy wishing to his therapist that he, instead of his brother, had drowned; father and mother in a moment of truth as he asks why she would fixate on his shoes for their son’s funeral. “Ordinary People” (1980) was the first adult-themed movie I ever saw. I was 13 years old. My cousins and I, four guys in all, had not intended to watch it. The title advertised on the theater marquee was to some slasher flick, so we had expected gore and screaming girls. What we got instead was a family in a white-column house, polite dialogue, and Pachelbel’s Canon. My cousins wanted to walk out. I convinced them to stay; we had paid for the tickets. I didn’t know what type of film the rest of the audience thought it was in for because nobody was leaving. So what? As the story on screen unfolded, I became a different person.

The disintegration of the conversations between parents Calvin (Donald Sutherland) and Beth (Mary Tyler Moore) Jarrett from emotionally guarded to angry exacerbated by son Conrad’s suicidal alienation in no way reflects my family, yet I thought of my family even so. Conrad (Timothy Hutton) believes his mother hates him for surviving the boating accident while his brother, Jordan (Scott Doebler), dies. Beth declares to Calvin upon his disclosure of their son’s accusation that no mother hates her son. That could have been the first time I ever wondered what thoughts preoccupied my parents over me and my siblings when we squabbled. Discordances erupted over my brother’s hours on the phone, my sister’s ever shortening skirt hem, and my rebellious silence at the dinner table. What I was rebelling against, I don’t even remember. Once, while my father and I were watching a gymnastics competition on TV, he remarked that gymnasts are short. I said with a tone of agitation, “Not always.” He shook his head. “You always need to disagree with me. You are so antagonistic.” And he walked out the room. True. Dissention was the order of the day for this 13-year-old know-it-all. Adulthood, the only bridge to the generation gap, was a long time away. Until then, my parents had to suffer. And I didn’t care. 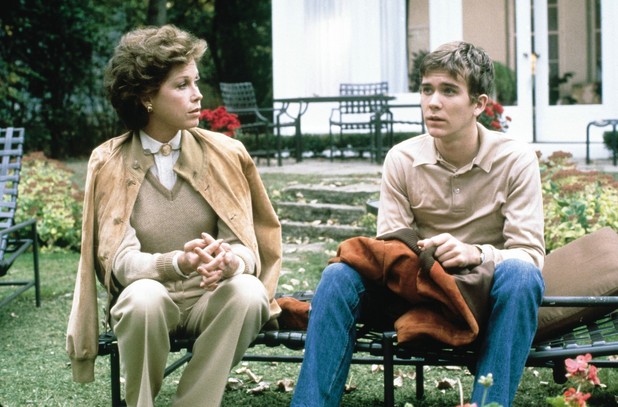 Yet whatever arguments and discussions within the walls of my home, no rift has ever occurred among us five. We had fun on summer trips to the U.S. The largeness of American malls and their overstock of products from music records to Crayola-colored socks excited me, and with all those Stateside aunts, uncles, cousins, and two grandmothers, I was never lonely. Back in Manila, our routine of school for us kids, work for father, and home tending for mother provided stability. No staged studio photographs exist of us. We didn’t need them. Candid shots of us smiling on birthdays, Christmases, and lazy Sundays are plenty, which is exactly what makes the heightened drama of “Ordinary People” spellbinding. The Jarretts are not ordinary. Far from it. I was ordinary… pampered, comfortable, and boring ordinary.

In school, my English teacher, Mrs. Olmos, mentioned “Ordinary People” to explain irony, pointing out that beneath the calm of a picturesque house in an idyllic neighborhood simmers turbulence, the opposite state from what a veneer of normalcy suggests. I felt a kinship to Mrs. Olmos, she who enunciated every syllable and whose bangles tinkled as she wrote on the blackboard. She seemed to be giving a performance. I hadn’t spoken to anybody about “Ordinary People,” least of all my cousins; they were only too eager to leave the theater once the lights were turned back on. Now here was a teacher saying that she had seen the film and had gotten something out of it, too – material for a lecture, certainly, but that wasn’t all. By using “Ordinary People” to explain the literary device of irony, Mrs. Olmos was insinuating that it is the extraordinary rather than the ordinary that inspires stories.

That was what I wanted for myself – irony in my life, to be paradoxical and raging with unpredictability, to be interesting. I had craved this for years. I used to fantasize that my parents were divorced. I had transferred from Catholic school to the International School in the fourth grade, and American students who spoke of stepparents and stepsiblings fascinated me. Two families must have been better than one. You could claim to have two homes and not be lying. As I got older and my interest in the arts flourished, I became enamored by the genius of creativity attributed to the likes of Vincent Van Gogh, Sylvia Plath, and Vivien Leigh – the schizophrenic. Substantial as their output had been, none of it stands entirely on its own as separate from the artist. “Starry Night,” “The Bell Jar,” “A Streetcar Named Desire” (1951) (http://www.rafsy.com/films-1920s-1950s/a-streetcar-named-desire-forever-young/)… we inevitably link the greatness of those works with the mental state of their creators. Van Gogh severed his ear as a declaration of love. Plath gassed herself to death. Leigh so identified with the role of Blanche Dubois that in every film she did afterwards, she would continuously slip into the character. To create with such ferocity that your emotions spew out of your pores as plasma permeating the air is indeed the stuff of legends.

Alas, no. The romanticism of lunacy belongs to the realm of the stars. I had to make do with the banality that is me. My compulsion for the movies had grown so strong that I fancied myself an actor. If I wanted to be a tortured soul, then I’d probably have more of a jolly time being one in make believe than in real life. It happened for Timothy Hutton. He got the Oscar. One problem: I couldn’t act. To spin my own stories of bliss and torment with words is a gift I would discover years later. By then I would come to accept that I’m average. This is also the reason I’m a writer. Had I been spectacular, then what would I have to imagine?

Ordinary is good. Ordinary is a blessing. Bandaged wrists are no badge of honor. As it is, I experience my share of life’s ebb and flow, and they provide me enough tears and laughter to contend with for a day.