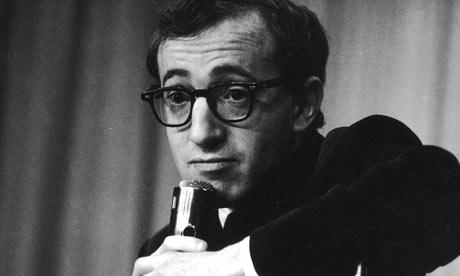 Mrs. Roney was my journalism teacher at the International School Manila. Blonde and big-boned, she was always in a dress (I remember her wardrobe exclusively as blue), and at times she wore her hair in pigtails so that she resembled a 30-something Nelly Olson. In addition to edifying us that the first paragraph of a news article must contain the five W’s and single H (who, what, when, where, why, and how), Mrs. Roney regaled the class on intrigues within the high courts of the international media. One day she held up an issue of Newsweek that featured a cover image of a soldier in the Lebanon War cradling a gun, an image, she claimed, that her photographer friend had taken but that was credited to somebody else. Another day, she stopped in the middle of a lecture on the Columbia Broadcasting System and asked me to repeat everything she had just said since I was engaged in a one-sided conversation with the person seated in front of me rather than focused on her. I said whatever it is I said, at which she responded, “Well, Rafaelito, I wish I had your talent of talking to one person and listening to another at the same time.” Mrs. Roney was absorbing with a touch of austerity as well as a fair listener, just as a teacher should be. The one time the woman in her surfaced was when she declared to the class, all aswoon with eyes bright, “Woody Allen is the sexiest man alive.”

I don’t know why that comment, but there it was. My reaction was exactly as yours: huh? Woody Allen is funny, I’ll give him that. He assures us with bawdiness in “Bananas” (1971) that sucking out the poison from a snake bite may be more pleasurable than clinical, depending on who is bitten and in what part of the anatomy. He makes hooking up at an art gallery in “Play It Again, Sam” (1972) a comedic moment. In “Annie Hall” (1977), he generates laughter when his thoughts for Annie at their first meeting are not in sync with his words. But Allen as sexy? Rob Lowe, maybe. Val Kilmer, yes. Richard Gere, definitely. (http://www.rafsy.com/actors-models-directors/richard-gere-love-is-love-is-love/) If the word sexy in association with Allen was something I was meant to grow into, the stage bypassed me in light of the biggest Hollywood scandal that would usher in the next decade – the auteur’s affair with girlfriend Mia Farrow’s adopted daughter.

It is alarming to what degree one action which unites the world in reprobation can denigrate an individual. Never mind the Best Film and Best Director Oscars for “Annie Hall” or the accolades of genius. My opinion of Allen went from funny to disturbing. Revelations of Soon-Yi Previn, 35 years his junior, in nudie photos for his pleasure screamed creep, and tabloid shots of a bespectacled hunched man with receding hair and the nose of a proboscis monkey as romantic squire to an Asian girl barely out of her teens could have been lifted from an FBI file on sexual predators in the Far East. People were not just making fun of the way Allen looked, but also for his being a pervert. I would have expected a televised defense from Allen, such as what Princess Diana did in justifying her divorce. No. He was silent throughout. His retaliation tactic instead was films, films, and more films – “Manhattan Murder Mystery” (1993), “Bullets Over Broadway” (1994), “Mighty Aphrodite” (1995) – and more Oscar recognition. No matter what my opinion of him as a person, I couldn’t resist. I no longer rented his films. I went to the theater to see every one of them. Scandal of scandals: I will never find Woody Allen sexy, but I discovered that I am one big fan.

My fandom for Allen is more than about laughter. It is about the theme that remains constant in his dearest outputs through the changing political climate, from “Manhattan” (1979) to “Hannah and Her Sisters” (1986) to “Midnight in Paris” (2011) – the burgeoning of love with the most unlikely of persons, whether that person is a precocious high schooler, a coke sniveling date from hell, or the sales attendant to an antique store along the Seine. Even when the hero or heroine ends up alone, a glimmer of hope still shines. Nothing ever fades in a Woody Allen romance.

Take the Allen film that most resonates with me, “The Purple Rose of Cairo” (1985). Mia Farrow is Cecilia, a Depression Era wife whose sole escape from her dismal life as a diner waitress married to an oaf of a drinker is the theater. Night after night, she sees the same film until something only possible in movies occurs; the hero she is enamored with (Jeff Daniels) jumps out of the screen and into her life. They dance. He professes his love. Her husband (Danny Aiello) fights him. Being a figure from a movie, he moves with suave and he survives a punch with hair in place and suit unruffled. Word gets to Hollywood about this two-dimensional entity that has come to life and is running amuck with a waitress. The actor who portrays him is ordered to coerce his character back to the silver screen.

We all want a happy ending. For Cecilia, she is promised this every night at the neighborhood theater, a place as forlorn as a brick jailhouse, there where dreams are meant to be contained. (Such was a woman’s plight in the 1930s.) At her most heart broken, Cecilia spends what little money she has left on the latest feature. The theater is practically empty. It always is. This is her home. Just when she is about to cry, the screen lights her face and her despair disappears. Fred and Ginger are towering 15 feet in front of her – he in tuxedo, she in shimmering gown of feathered fringes – cheek to cheek and both twirling on their feet as if on a cloud. Never mind that in truth they are in a sound stage with plywood partitions and lights hanging from a rafter beam. So silver is their sheen that they might as well be dancing in the evening glow.

Therein lies the message of a Woody Allen film: as the world around us falls asunder, we can rely on one thing to keep us afloat. Behold the magic of moonlight, music, and movies.