What’s in a name? If the eponym happens to be “Imelda” (2004), then the answer is a closetful. The mere mention of it generates a universal reaction – those shoes! When in 1986 the Philippines’ former first lady and her husband, Ferdinand Marcos, fled the country for exile in Hawaii, the presidential palace, Malacañang, was opened to the public as a museum of greed. I was there. Among the items I viewed: a receipt from Italian couturier, Valentino, for the purchase of two dresses the sum of $150,000; throne chairs; and a hand mirror that bore the initials IM encrusted in diamonds. The grand showcase was saved for the last. Underneath Mrs. Marcos’s boudoir, racks of stilettos, slip-ons, and pumps in leather or woven in bamboo – many of them of the same style in various colors – lined a basement the size of a department store warehouse. The place could have been a DSW outlet, only with every Ferragamo fitted for one woman and with somebody else footing the bill (namely, the Filipino tax payer). For the public’s amusement, the Ramona Diaz documentary titled after one of history’s most infamous consorts depicts much of the excesses. Everybody adores a rags to riches story, especially when the story turns sour, and this is the reason Imelda Marcos feeds our fascination. No ordinary woman can boast a trajectory from a hayseed in a third-world archipelago of a nation to a glamazon bejeweled in Cartier, ballroom waltzing in the arms of Lyndon B. Johnson and Adnan Khashoggi. At the peak of her power, the Marcoses amassed a fortune estimated at $10 billion. Their illegal holdings included such New York real estate as Lindenmere – a Long Island mansion that flaunts 16 bedrooms and seven gables – and the Crown Building. Then the People Power Revolution broke out. Mendicants and millionaires took to the streets in rallying for an end to the 20-year dictatorship. Nuns formed human barriers between tanks and protesters that chanted, “Cory! Cory! Cory!” – the nickname of Corazon Aquino,  the soon-to-be new commander-in-chief and widow of slain Marcos opposition leader, Benigno Aquino, Jr. A nation was being reborn.

That such a shift in government was about to happen was overwhelming, to be sure… the Marcoses had held the number one position in the land my entire life… but not as overwhelming as my transition from adolescence to manhood. I was on my freshman year at Tufts University in Boston when the uprising in the Philippines made international headlines, distraught that my academic experience away from home was bereft of the parties and clubbing that exhilarated my sister’s own undergraduate years in New York, and so absorbed in an image I harbored of myself as a trendsetter dressed in black and white that the current event gripping the world’s attention was of minor significance. Issues of sexuality compounded my indifference. I lived in an all-male dorm. My two roommates – one from Puerto Rico and the other from a town 40 miles southwest of Boston – griped that they were denied co-ed dorms because all the slots had been taken. I voiced the same fate. The truth was that I had opted for an all-male boarding situation, motivated by hopes of a boy meets boy romance.

Regardless, my inertia to politics and efforts to escape Tufts could not keep what truly mattered at bay. As I spent weekends with my sister, who was on her first year at the Harvard Graduate School of Design, the People Power Revolution was brewing. My mother wrote of my father’s and her involvement in a letter:

On January 7, the Management Association of the Philippines (Daddy is the president this year), the bishop, Businessman’s Conference, and the Makati Business Club had Cory Aquino as the speaker during their combined meetings at the Intercon. The affair was flashed briefly… A picture came out in the USA Today paper, January 8th. Daddy was in the picture. He gave the closing remarks on that day. Cory’s speech was very good and she intelligently answered questions from the floor… People are clamoring for change that a big number are volunteering to help Aquino. On my part, I volunteered for NAMFREL (National Movement for Free Elections) and we help any way we could.

By the end of February, the revolution swelled. The news featured scenes of military helicopters landing on Aquino territory as their pilots renounced allegiance to President Marcos and of citizens that numbered in the millions thronging Manila’s main thoroughfare, Edsa Avenue, with the banners they waved and the confetti that danced in the air yellow, Aquino’s official color. Suddenly, I was no longer invisible. Guys in my dorm would ask, “What do you think about what’s happening in the Philippines?”

I have no recollection of what I might have initially answered. Only when my Puerto Rican roommate showed me a New York Times picture of Imelda Marcos taken during her husband’s 1965 inauguration did I fully see of an existence beyond my personal coming-of-age saga. She is pristine in a bubble do and a white gown. Her smile is serene and her eyes are limpid with conquest. I wondered what must have gone through her mind at that instant. A decade earlier, she had been a salesgirl in a music store. Now… “She was beautiful,” my roommate said. She was, indeed. She was also omnipotent and omnipresent. Everyone from high school classmates to my mother’s friends had an Imelda anecdote to tell: Imelda once ordered a Philippine Airline carrier to be available at her disposal, leaving the passengers stranded at the airport; Imelda had reserved two floors at the Waldorf Astoria; Imelda would throw $100-tips to the bellboys. I most relished my father’s anecdotes. Malacañang Palace would call our home every so often to extend an invitation to a social function, all of which my father would decline. Nevertheless, Imelda Marcos would summon him for a so-called discussion on the Philippines’ economic state, during which he along with other businessmen would ride in a van to the presidential palace with the first lady as a fellow passenger. She was always seated in an elevated section at the back. “I’d be right in front of her,” my father once told me. “Whenever I turned to say something, I’d be talking to her knees.”

What did I think? I was all for Cory, but Imelda was one colorful character on the par of the evil queen in “Snow White and the Seven Dwarfs,” as comical as a Disney villainess, and because of her, the People Power Revolution bordered on entertainment. (http://www.rafsy.com/films-1920s-1950s/snow-white-and-the-seven-dwarfs-someday-my-prince-will-come/) The jokes were non-stop: raise Imelda Marcos’s 500 brassieres on a flagstaff and salute, “Erin go bra”; Imelda Marcos makes Marie Antoinette look like a bag lady; Did you hear that Imelda Marcos committed suicide? She piled up all her shoes then jumped. 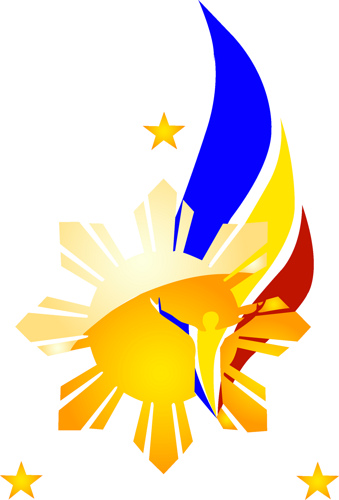 And this brings me back to the footwear. At Malacañang Palace, a pair of sandals was on display on a pedestal. Bulbs in transparent platform heels flashed with the zaniness of lights in a pinball machine. “Madame’s disco shoes,” the curator said. Ideas of my own purpose in life percolated right there. Adolescent blues, goodbye. They were momentary stuff. The factor intrinsic and everlasting to my being was my identity as a Filipino man. It’s no coincidence that I was born two years after the Marcoses ascended to power. The stories about their exploits became my stories. The nationalism that led to their debacle was in my blood. Write it, I thought. Hence, my calling.