I went to watch “Hello, My Name Is Doris” (2015) with a group of gay men. We were about a dozen in all, and we ranged in age from our forties to seventies (with the exception of one tricenarian in possession of an old soul). I loved the film. As someone soon to turn 50, I saw in the title heroine my own attempts to retain a youth that no longer is and my imaginings of a life that could have been. Doris Miller (Sally Field) is a dreamer somewhere in the half-century mark. Dolled up in Minnie Mouse hair ribbons and vintage ensembles of cardigans and pleated skirts the muted colors of a 1970s snapshot, she has been severed from living due to an adulthood as caregiver to an infirm mother. She is given the chance to compensate for the years lost when her mother dies and she befriends John (Max Greenfield), an officemate so much of a charmer that every one of his gestures, be it a parting kiss on the cheek or late night phone calls, awakens in her the probability of a romance.

Half Doris’s age, dimples, eyes as translucent as afterglow, and a hot bod… John can put anybody in a trance. He sure did me. Plus, he’s got slicked hair the brown of chestnut combed high in replicating the style of bygone movie gods (think Montgomery Clift). If I had hair like that, I’d ornament my hip pocket with a comb. So the fantasies begin. For me, my John came in the form of an online hook-up ten years ago named Scott.

Now before I proceed on Scott, allow me to emphasize that I rarely get hits online. A lucky night for me generates five messages despite the numerous appeals on my part, and of those five messages, even rarer is my attraction to any one of the senders. Imagine, therefore, my incredulity when I first saw Scott’s pictures. Holy mackerel, I thought. With dark follicles and a swimmer’s physique, Scott could have been cousin to Doris’s own object of infatuation. I had not even sent the man a message. He would later tell me upon our meeting that a filter search produced my username (feednseed), which he found “interesting”; thus, his initiative to reach out to me. In his message, Scott didn’t merely introduce himself nor did he limit his communication to some lame remark such as “what are you up to right now?” (my line); he provided his phone number. I would also learn that Scott was new to the site. He had signed up three days earlier, and within 72 hours, his profile garnered over 300 hits. “I started clicking on each one,” he said, “and then I stopped. It was too much. Ridiculous.” That was how oomph the man was. 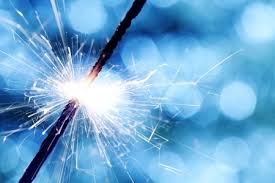 Unlike with Doris and John, I had the fortune of consummating my desire for Scott. More than that: we formed a connection. I recall the precise second the zap of a visceral charge transmitted between us. We were rolling in the sheets when at one point I released myself from him to lie on my stomach. I turned my head. Our eyes met. I chuckled and so did he. And that was it. As if upon the touch of our fingertips, my insides burst with all the good feelings known to human – Scott had brought me to life. Doris may not have a physical interlude with John, but she does experience this form of internal light in talks where they share bits of themselves never before divulged to others and in the comfort of one another’s company. Their friendship has the marking of a love affair. So instantaneous and entwined is their connection that no wonder Doris develops delusions of a courtship.

Delusions, however, played no part in whatever I envisioned as possible between Scott and me. The guy asked me out to dinner after our first night. There’s nothing to misinterpret about a date, particularly when it ends with a smooch at the MUNI station. It’s this easy, I thought on the subway ride home. Love doesn’t require effort. Love happens on its own. My sister has said that the right person “fits like a glove.” If the disparity in age between Scott and me had caused concern (I was 39; he was 28), it dissipated as the subway chugged along. On the window, against the blackness of the underground tunnel, my reflection was a beaming face. Although I can’t say for certain that Scott and I were a fit, something was right. The rightness gradually eroded in the string of missed opportunities that ensued. The letdowns consisted of missed phone calls. I didn’t pick up when he attempted to contact me at work for lunch. He tried once again during a weekend I had left my phone at home while with my parents in Monterey. Indeed, something as innocuous as failing to answer the ring of a mobile or to respond to a text can alter the course of a relationship. Scott must have assumed I was no longer interested.

I believe the real deal breaker came on our second sexual episode. An adult film was playing on the TV monitor. I was far from the right frame of mind. The happenings onscreen preoccupied me more than did Scott, and this led him to comment that I was disconnected from him. My efforts afterwards for future meetings, both romantic and erotic, resulted in declines. How is it that our initial encounter should offer such promise and end up two months later generating a bust? In addition to a spectacular first night and first date, Scott sent signals that I read as an invitation for a boyfriend. He would sign off his e-mails with the closing of “hugs and kisses”; he left a voicemail expressing concern in response to my voicemail that my father had a stroke; and those missed phone calls, no doubt they suggested his interest in me exceeded the platonic. A friend said that my being distracted during Scott’s and my second mating might not necessarily have put him off, that perhaps the inclination to have me as a partner was never there to begin with. If it had been, he said, then Scott would not have given up, for love spurs a person to dive in, not to hold back.

I didn’t need to wonder for long. In his last e-mail to me, Scott blatantly stated, “I do not feel the same way about you.” This the night before I was scheduled to appear at a function to read from and promote my novel, “Potato Queen.” (http://www.rafsy.com/art-of-storytelling/the-reward-of-being-an-author-it-isnt-money/) We’ve all been up through the late hours of dawn, in a state of such helplessness that we lose our hold on life, in the darkness of our rooms. Add heartache to this. I sat in bed, the walls around me creating a box that entrapped, and I screamed at the slashes ripping apart my insides. I wanted Scott. I was in love with him (or so I thought). I was angry and desperate and lonely, the condition Doris sinks into when she faces a moment of truth about John.

Yet on I went with my appearance the next day, dressed as a kid in a Superman t-shirt. Silver-haired men constituted a large chunk of my audience. The event was in a hotel banquet room. The carpet was frayed and stained. (I don’t even remember the color.) The chairs were brown vinyl cushions in metal frames. One fellow reader, a professorial type advanced in age – bald with spectacles and a raspy voice – spoke about a liaison with a go-go boy in Bangkok, the basis of his memoir.

While mouthing answers to a Q&A, I guessed at what might have been had I calculated my moves more carefully in order to have circumvented certain gaffes with Scott: I should have brought my phone to Monterey; I should not have been messed up on our follow-up fuck; blah, blah, blah…. I questioned when I would have another chance with another guy, at what age would the golden goose of reciprocated love be mine. I’d be damned should I find my match in a macho dancer five decades my junior. Scott would have been perfect.

Alas, it was not meant to be. What the heck. Tomorrow remains as it does for Doris. Spunky woman that she is, she permits neither age nor failure to deter her dreaming. Certainly, other men exist with whom she could experience the connection she does with John, and in so doing have someone’s hand to hold by the fireplace. The potential is available to us all, whether young or old, so long as we keep our hearts open and welcome love’s setbacks with the fierceness we do its blessings.