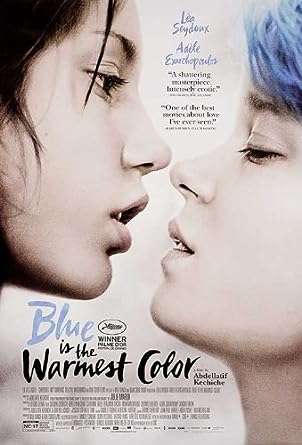 My e-mail to friends and family of “Blue Is the Warmest Color” (2013) upon its theatrical release in the U.S.:

Outstanding movie. Personally, I think it could have been edited because some scenes are prolonged. One lengthy sex scene comes to mind. At the same time, though, I was fascinated by both the directorial and acting processes behind the simulated love making… behind every frame, for that matter. The passion, emotions, and intensity are so palpable that I was lamenting what was lacking in my own life. I mean, I get sex all right, but not like that. What transpires on screen is more than just a love affair. It is a collision. I could see the wreckage and the flames and the debris exploding from the eyes and pores of both actresses. Every touch, every kiss, every embrace are a matter of life and death. And French teenagers are soooo intelligent. Jean Paul Sartre, “Dangerous Liaisons,” Picasso – the characters talk about these subjects with the fervor that we gay men talk about fuck parties on Folsom Fair weekend. (http://www.rafsy.com/films-1960s-1990s/dangerous-liaisons-the-danger-of-love/)

A collision. This is exactly what I felt with the film adaptation of “Romeo and Juliet (1968). (http://www.rafsy.com/films-1960s-1990s/romeo-and-juliet-till-death-and-beyond/) Like Shakespeare’s most celebrated couple, Emma (Léa Seydoux) and Adèle (Adèle Exarchopoulos) in “Blue Is the Warmest Color” are young, so young that they nose-dive into an eddy of hungry glances and devouring kisses, uncaring of what might be because the only thing that matters is now. “Seize the day” is the creed of the young, and this they do. Each one is to the other an apple as robust and sanguine as a heart, coated in lacquer the shine of tears and sweat. With such enticement, a romance is inevitable, and with many tender age romances, it doesn’t bode well. “Do you still love me?” Adèle asks towards the end of a three-hour run. It’s a common question, and it’s a hard one. A future depends on the answer. The bluntness with which we can reply in the negative staggers me. Whatever the shortcomings of our partners, we are just as marred by our own failures. Even though an affair may end, is it possible for love to die? Memories must keep a flicker of love burning, an eternal flame. Emma shakes her head. We wonder about her truthfulness when she is as distraught as a wounded cat, face down and eyes tinged with regret. Amid snot, muffled crying, and kisses, Adèle tries to prove Emma wrong in an instant that involves one girl’s hand under the table as the other parts her legs. The flesh is a potent elixir, indeed.

Emma and Adèle have their youth ahead of them. Regardless of what may become of the two, what they possessed while it was in their grasp is enviable. “Just say stay,” a colleague at the writing program once told me about the separation that happens the morning after. I was at Cornell University, and I had met someone during a weekend in Manhattan, which is a five-hour bus ride away from Ithaca, the town where the university serves as its backbone. Peter was visiting from Minneapolis. After introducing ourselves at a club, we took a cab to his hotel. I lay on his lap during the ride as he stroked my hair. It’s bewildering, the affection born from a handshake and ten minutes of basic conversation. “You have a ‘50s look to you,” I said. He was clean cut with long sideburns and blond waves, a look reared on tuna casserole and apple pie, on Photoplay cover shots of Tony Curtis and Tab Hunter. His room was tidy. Shirts were folded into squares in an open suitcase; fresh sheets covered a queen bed; and a Kenneth Cole shopping bag suggested about him a bit of the preppy and a bit of the yuppy.

The night air was nippy. Moonlight permeated the blue of the sky with a frosted tint. Indoors, we were hot and sweaty. The next morning, as the sun shone through the curtains, I asked, “Should we exchange numbers?” Peter said, “I thought about that, but considering the kind of sex we had, maybe we shouldn’t.” We had been animals for the hours before daybreak, far from dating material. I consented. As we parted at a coffee shop some blocks away, we stood facing each other. He was a little taller than I, and the dazzle of a new day glazed his eyes. We motioned to kiss, but then I stalled. “I know,” Peter said. And I never saw him again.

Animalism is precisely the chemistry between Emma and Adèle, a mating between two lionesses, both unrestrained and ravenous. This is sex. This is love. No, Peter didn’t know what I was thinking. It was because we had devolved for our moment together into thrashing body parts – grunts and spit, muscles and meat – that we should have kept in touch. Defeat prevented me from kissing him. “Stay,” I wanted to say. But we had been in his hotel room, and young and complacent as I was, the submissive between the two, I allowed him the final word, a decision I so regretted that I later requested a friend who was then living in the city to print me a web listing of all Peter Wagners in Minneapolis. “You’re obsessing over him, Raf,” my friend said.

Probably so. A missed opportunity had happened a few months before with a guy named Mike. To my inquiry about a future connection, Mike said, “It usually doesn’t work the second time around.” He went on to recount an experience to defend his opinion. We were in bed. Steam clouded our reflection on a wall mirror. Mike was tan and sinewy with hair the shade of corn and James Caan curly. His last name was Harney. “Sounds like horny,” I had said a moment earlier. “Don’t even start,” he had responded. “I’ve had that all through school.” I thought this cute of him, that he would share with me something he had been sensitive about as a kid. A personal tidbit as minor as that had made the sex between us more than skin deep. Since we were in a bathhouse, we were on neutral ground. Still, I gave in to saying goodbye and leaving it at that. How difficult would it have been to say instead, “I’m different. I believe the second time can be even better. Here’s my number”?

Now here I am, nearly 20 years later, my memory of Peter and Mike stained by the dreadful incantation of remorse: what if… what if… what if… E-mails and phone calls might have amounted to nothing. Or they could have sparked gunpowder. The beauty of “Blue Is the Warmest Color” is that our nubile femme fatales take a risk with gunpowder. They don’t think about their actions. They’re as spontaneous as children with a lollipop. When the debris settles, Emma may claim that her devotion to Adèle no longer is, but she does assure Adèle that she will always think tenderly of her, that time will never lessen her relevance. Neither one loses anything in the long haul. That both will live forever in one another’s hearts is a gain for each.

The only love in which we lose is the love that could have been. 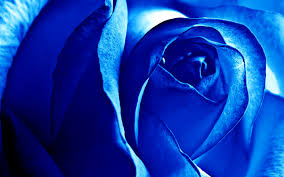