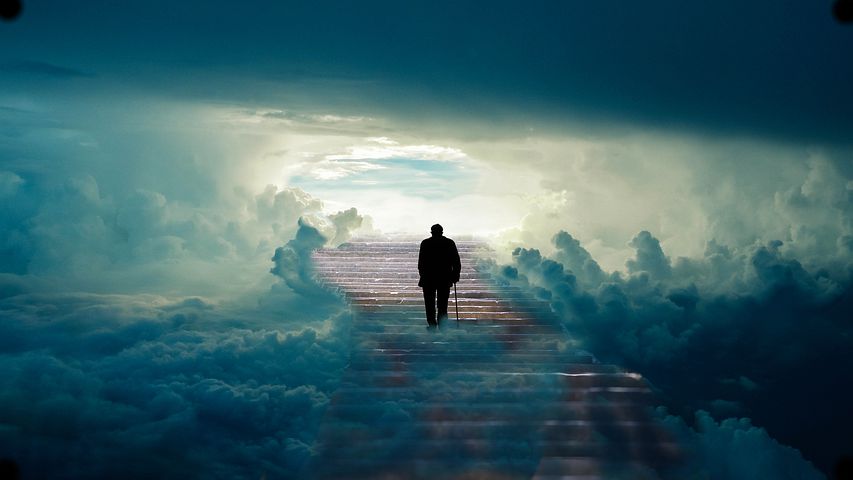 No, forgive me.
If you no longer live,
if you, beloved, my love,
if you have died,
all the leaves will fall in my breast,
it will rain on my soul night and day,
the snow will burn my heart,
I shall walk with frost and fire and death and snow,
my feet will want to walk to where you are sleeping, but
I shall stay alive… 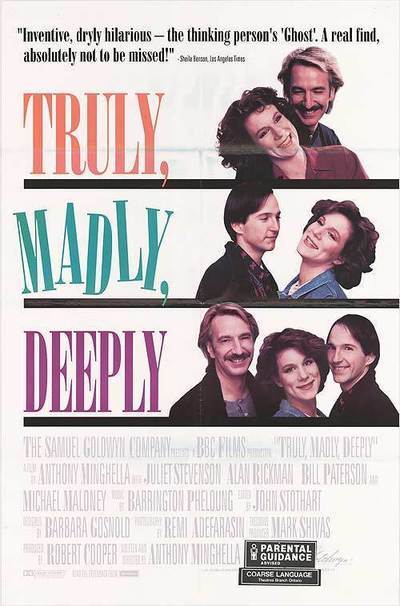 Although Pablo Neruda’s poem, “The Dead Woman,” is in part the inspiration to “Truly, Madly, Deeply” (1990), the heroine of our film, Nina (Juliet Stevenson), isn’t dead. She isn’t even dying. She’s healthy, young, and vivacious. A worldly Brit, she speaks Spanish, has the capacity to make others smile, and is attune with the social issues of the day from racism to class discrimination. What people do not see is that she is not completely alive. Her great love, Jamie (Alan Rickman) – a cellist of acerbic wit and who bears Donald Sutherland’s profile – has died. It isn’t clear to us how long ago he died or how, but we sense it was unexpected and that too much time has passed for Nina to still be grieving. Fortunately, she will be happy again. Jamie returns from the grave. He, too, cannot let go, not until Nina regains a life. To this end, he helps her the best way a ghost can – by giving her a taste of existence six feet under.

Friendships do thrive, so one is never alone for an eternity. Jamie has actually found himself a gang of buffoons, all of who happen to be as talented a musician as he. The problem is that these guy spirits are constantly with him. Nina’s flat transforms into a frat house of sorts. They turn over furniture, lounge in front of the telly, and walk in unannounced. Life with Jamie was never this messy. Regardless, Nina deals with it because love is about tolerance, and love is one emotion Nina has no shortage of, which is why men are attracted to her at every turn. One suitor rises above the others as the saving grace. He is Mark (Michael Maloney), a magician who has roses and doves up his sleeves and who possesses the virtues of patience and compassion. 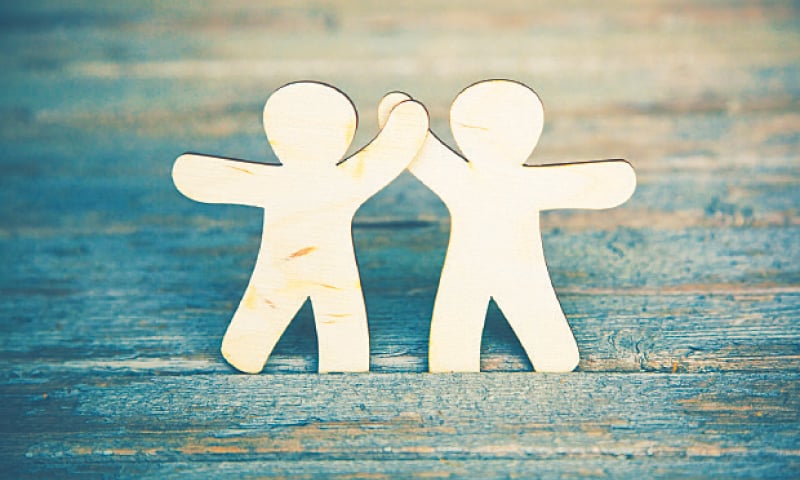 The beauty of “Truly, Madly, Deeply” is that it makes us believe in the plausibility of a second chance. People in our lives come and go. As difficult as it is to say goodbye, that we are able to do so warrants us closure. With those who depart suddenly and bereft of a parting word, we have a void in our hearts that we fill with desires of what endearing things we could have said and done. Not to have expressed a simple thank you is itself a loss. Nina is lucky that Jamie returns to show her that love should not be wasted on the dead. She is lucky that Mark enters the picture to share in her zing for life. Reality doesn’t provide such a perfectly packaged gift. We are often left alone to find peace within ourselves. A second chance comes from our ability to move past grief and regret, to forgive ourselves for letting slip by the moments available to us to do well. Accept it. We are guilty of stupid things all the time.

I’m not sure I know how to grieve. I’ve lost people – a couple of friends in a car crash, a cousin to cancer, and both my grandmothers – but while I shed tears at their funerals, I carried on in a matter of days with my frivolous diversions of weekend clubbing and shopping at Armani Express. I do have regrets, however. I didn’t care when Nena left my family after nearly ten years of cooking our meals and doing our laundry. I wasn’t sad when our dog, a Dalmatian named Heidi, died. Given the separation between upstairs and downstairs in Philippine culture, I had been guarded with my affection for the domestic help, and with Heidi, a church sermon when I was a child preached that it is a sin to love animals.

On Thanksgiving weekend some years ago, I took care of a friend’s puppy and something happened. I started to miss Heidi. She used to keep my father company as he’d tan in the garden. She’d shut her eyes and raise her face to the sky as if about to take wing to the sun. One day the piano chair fell on her tail. For the wound to heal, the gardener cast her tail in wood so that whenever she would wag it, a bang against walls and hard-surfaced furniture announced her approach. Those were the years when Nena would treat me with my favorite dish of steamed pork or chicken macaroni as my after school lunch. I knew she had cooked something special just for me whenever she would tell me to look in the oven as I walked through the door. She had neither a husband nor kids of her own. It was solely for us whom she pressed our shirts and boiled rice with the duty she would have had her own kin. Her fingers were rough and brown as ginger root from years of loyalty. 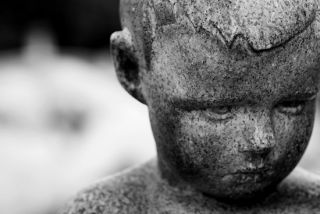 All these memories along with a hodgepodge of others from that period in my life surged forth because of my friend’s puppy. I was close to turning 40 and had been in America for nearly 20 years, here where people embrace animals, where the distinction between the haves and have nots is less pronounced. Attribute my regret to westernization or to age, either way, I wish… truly, madly, and deeply wish… that I had hugged Heidi more and had told Nena how kind she had been to ascertain that I was never hungry. I loved them both, and I love them still. They never knew it, and they never will. That’s regret.

Maybe grief is a drowning emptiness mixed with anger. In a wrenching scene with her therapist, Nina cries that she is angry, angry at people in love, at people wasting love. Most of all, she is angry at Jamie for dying on her to love alone. If this is grief, then nobody has to die for it to be experienced. How often have we been angry at ourselves for wasting love? For not grabbing it when it was clearly making itself available to us? For not daring to approach it because of the fear of rejection?

Nina learns to go on without Jamie. For one thing, she’s too smart to lock herself away in a cold flat in the company of the dead. Then again, breathing the air of the four seasons has nothing to do with intellect. It’s largely a matter of common sense. When something feels right, exorcise all ghosts of holding back and jump at the golden moment, or else spend every tomorrow mourning a life that could have been. 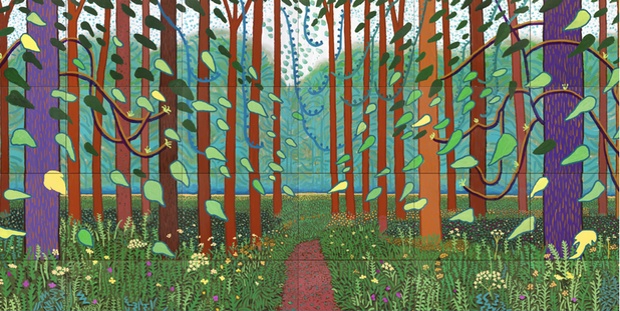