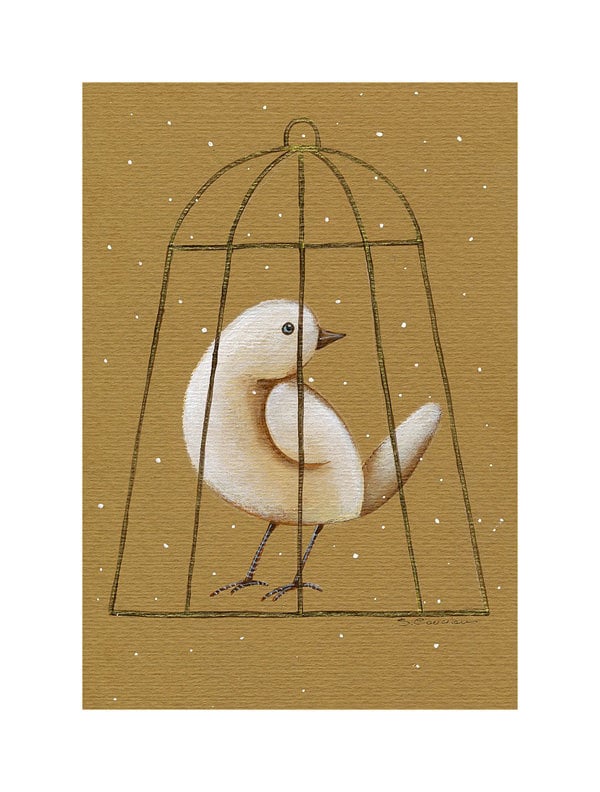 Milly Theale (Alison Elliott) has everything in her favor – youth, beauty, wealth, benevolence – except time. She is dying. She is also a pawn. It is the turn of the 20th century. The Industrial Revolution has witnessed an alliance between the old world and the new that is singular to its epoch: the marriage of European noblemen to American heiresses. Empires indestructible for centuries have crumbled to modernization, placing British blue bloods at the mercy of the tycoons of commerce. To preserve a lifestyle of transatlantic cruises and country manors, penurious royals offer titles to the likes of the Astors, Vanderbilts, and Whitneys in exchange for a dive into their coffers.

In “The Wings of the Dove” (1997), New York wows London society in the person of Milly. She’s given a chance at a ladyship when a lord (Alex Jennings) financially strapped requests a betrothal. Milly declines, for she is interested in another man, a journalist of charm but with no pedigree and who himself has an empty bank account. Merton Densher (Linus Roache) likes Milly, too. He even falls in love with her, which confounds matters. He’s supposed to be in love with Kate Croy (Helena Bonham Carter), the ward and niece to Aunt Maude (Charlotte Rampling), doyenne of the beau monde. He and Kate want to marry, only Aunt Maude disapproves of the match given his humble circumstance. Because a woman in love is resolute, Kate refuses to comply with her aunt. She devises a strategy to win Merton the grande dame’s consent, that Merton seduce Milly to include him in her will. This he does, and he and Kate get more than what they bargain for.

Flash forward a hundred years later. Times have changed. The criteria to be a member of the elite is in constant flux in the 21st century. Classes intermarry. Anybody has a chance at upward mobility. Hail to Kate Middleton, the commoner turned duchess and future queen of England. She joins ranks with movie stars, rock stars, and supermodels – the new breed of aristocracy – as tabloid material. The one factor sacrosanct through the periods is our stance as a warrior to be with the person we love. With this comes complexities as ancient as the first embrace: What sign do we look for to wield our sword? And if the beatings persist, at what point do we accept our loss?

A friend a few months ago asked me if I was being a “defeatist” in my pursuit of a bartender I had approached while he was at work. Although my response was no, Pablo’s use of the word defeatist reverberated with me. I never thought my wooing of Steve to be a battle, as a third party was not involved nor were elements conspiring to keep us apart. The question stated that Steve himself was the force I needed to overwhelm. Pablo had reason for this. I had been agog over my first conversation with Steve. He would hold me by the wrists and give an inviting blink. He also related to my literary inclination. Science fiction is his genre. Aliens, he explained, embody a disconnection that we all sometimes feel as strangers in the midst of a crowd. “I’m really a loner,” Steve said – another commonality between us; he spends his days reading kindle. And then, “I wrote part of a novel in high school.”

That Steve referenced a project at a phase in his life that for me was 34 years ago made me gulp. High school can’t be too far away for him, I thought. The man was born in 1985. While he was in his cradle, I fretted over my college acceptances. But it was a promising first conversation, and one overdue. I had been noticing him for two years at the gym. Approximately my height (5’7”) with the physique of a wrestler, dark hair and eyes and a sturdy nose complimented by a pair of glasses, he’s a little bit geek, a little bit jock, and one hundred percent sexy. The night I had the guts to introduce myself, he was in a pair of tight briefs, his uniform at 440 Castro every Monday, that being underwear night. On this occasion red was his color of choice. The green signal to test my luck had occurred at the gym a few weeks earlier. Steve gave me a prolonged look as he walked across the weight area. Our eyes met, and they remained connected for much more than a second. I was aware of where he works because I would use the men’s room at 440 Castro before hopping onto the underground MUNI for home. To pacify my nerves that Monday, I reasoned that as a bartender, he has to be cordial, clumsy with conversation should I be; cordiality is the nature of his job. Me: I see you at the gym often. I’ve always wanted to introduce myself. I’m Raf.

Steve: Yeah, I see you around, too. Steve.

Me: I always come here to use the restroom. Don’t worry. I’m not stalking you. Only a little.

Jackpot! Whatever the cons I perceived to a connection gave way to rationale in the course of an hour. First of all, age. I could allow the wide gap in our years to be a factor and thus ignore him. Even then, Steve and I would continue to exist, so we may as well exist together, even as pals (with benefits). As for his being a bartender, which another friend would later say could be cause for incompatibility to my profession of writer and educator, I defended Steve on account of his youth, that he’s in the beginning stage of his journey as a man. However, none of this is the reason for my so-called defeatism. As promising as our introductory words were, Steve was polite a week later when I returned for another go, and that was it. The third meeting was even worse. It was a blunder. I sat on a bar stool, silent and ill at ease as a dunce in a corner, while Steve darted from one end of the counter to the other, mixing drinks and flashing smiles at customers, paired with a few amicable words. Then I ran into Pablo on the street near 440 Castro a few days afterwards. Kate Croy avows that she would do anything and everything for Merton. This is what convinces the man to use Milly. The intimacy that develops between the two permits Milly a share of life’s treasures outside of her gilded cage, and as Merton becomes ever more entrenched in Kate’s scheme, he gives Kate an ultimatum, that she accepts him as he is, nameless and moneyless. The heiress must be set free, a pawn no more. “No,” I told Pablo. I could not possibly be ceding to defeat because this attraction to Steve isn’t love. Where then is my battle? Love is the kiss of destiny between Kate and Merton. Love is Milly coming to life when Merton enters a room. Love is Merton seeing Milly for the beauty of her soul.

Still, Pablo could have a point. Talking to a guy while he’s at work isn’t conducive to discovering the potential mate in him, what more when the place is a gay bar, distractions galore – drinks, men, music, men, erotic videos, men, and more men. “Ask if he’d be up to doing something social. An art gallery opening. A picnic,” Pablo said. To every suggestion, I responded that I didn’t sense any chemistry on Steve’s part, that courtship should not be this hard. The prolonged look, the holding of my wrist, the blinks as if Steve were smooching me with his eyes… they might have meant nothing or they might have meant something, be it for a moment, which itself poses a brain-twister. That one moment should give me a mission to fight for. Love could be in hiding. Never mind the things I told Steve at the gym in the months following my dunce night, things that have caused me to bite my tongue since I imagine he reacted with a roll of the eyes. (“You look tired… You seem sad…”) He did check me out one Monday at 440 Castro when I stripped down to my undies, and he really doesn’t know me. I am still a story he has yet to read. It doesn’t hurt that Steve might find me physically attractive either.

“The Wings of the Dove” is high drama about high stakes, a tale of conventions now obsolete. Then again, not wholly. I’m a simple man, and Steve is simply a bartender… yet how tangled my situation. Whatever it is that rouses the heart to palpitate, it never goes out of style.