Pop culture is divided between two generations – pre and post “The Sound of Music” (1965). Like “Star Trek” and the Beatles, the musical is one of those mid-20th century phenomena that children and youths of the 1960s own and that continue to impact everybody born in the decades after. There’s the score; that’s a given. Most everybody below 60 has the soundtrack recorded in one’s subconscious and can name at least two favorite songs. (“Do-Re-Mi” and “Sixteen Going on Seventeen” for me.) The cinematography is such that we feel the crispness of the Salzburg air, smell the edelweiss, and taste the mountain dew. Then we’ve got the story, a buffet of genres, each one complimentary to the other to concoct a feast for the soul: coming-of-age, romance, family drama, and war. Even though I didn’t watch “The Sound of Music” until high school some 20 years after its premier, it had been summoning me way before. In the fifth grade, a girl named Marianna strutted around class one day, head high, declaring that she was naïve. The film had been screened at a theater, and she, an aspiring dancer in ponytail and flats, fancied herself as Liesl (Charmian Carr), the eldest von Trapp daughter with the va va voom bosom whom her suitor, blond and mushy-eyed Rolfe (Daniel Truhitte), leads in a pas de deux in a moonlit gazebo. I wouldn’t know until I was 17 anything of the character with whom Marianna identified, when betamax finally provided the opportunity for a private viewing. I had never even heard of the word naïve. I did sense, however, that Marianna had experienced magic, for so dreamy was she, as if she had been swinging on a star.

A couple of years later, in the seventh grade, I caught the film on TV mid-way through, in the scene where Maria (Julie Andrews) walks down the aisle, her wedding veil a train of gauzy lace, and a choir sings “How Do You Solve a Problem Like Maria?” to the majestic blast of trumpets. That was all I saw because it was dinnertime, and the rule in my house is no TV during a meal. Boy, was I pissed. But I was in no position to argue with dad. I felt as if I were the only kid in the world who had never watched “The Sound of Music.” My brother and sister had before I was born, when the film was first released and pop culture history was about to happen. In every house we moved into, in whatever part of Asia and America, a record of the soundtrack came with us. The album cover that features a painting of Maria in a pink dress as she runs atop a hill, valise in one hand and guitar in the other, to the glee of Captain von Trapp (Christopher Plummer) and his brood promised three hours of enjoyment. My family must have been spectators to the captain’s ball for my parents to buy the thing.

The enjoyment continues. I say this as someone who has seen the film six times ever since I was 17 going on 18, the last viewing having been during Thanksgiving last month. What distinguishes “The Sound of Music” from many other musicals is that it is based on fact, which all the more highlights its message of hope. We love Maria not just because she’s a caring soul, but also because she’s a strong force, and this she only realizes of herself as she steps out of the safety net of the convent to tackle the duty of governess to seven children and, later, to confront special feelings she has developed for the captain. As the Reverend Mother (Peggy Wood) advises the novice, “Maria, our abbey is not to be used as an escape.” And then these immortal words:

Love hits Maria with the brunt of a rock. Her mind is in a jumble. She had never conceived of marriage, least of all to an elite naval officer of aristocratic lineage. She’s only a village lass, one sworn to chastity in the service of God. Herein is the reason that “The Sound of Music” is a classic: anyone of us can empathize with Maria. “There’s no pattern or design to love,” a friend has told me. “You don’t plan on it.” Howard was then 38, a figure of wisdom and experience compared to my 23 years. We met at 24 Hour Fitness. He would tell me as we’d spot each other on the bench press of his youthful escapades in parks, his conquests aquiline-featured bodybuilders in uncompromising positions behind bushes. What a surprise Howard must have been to those men, he clean cut with a boy’s scout demeanor. Although he spoke fondly of them, his ultimate preference was a younger version of himself, an Asian of athletic build and hiker legs and a nice guy above all, someone he could call family.

Outside the gym, I would see Howard at the N-Touch on Polk Street, a club for us Asians and their “admirers.” The N-Touch was a replication of a Bangkok boy joint. A narrow passage lined with a bar on one side and a ledge on the other led to a dance floor no larger than a hole-in-the-wall diner. Bleachers were positioned in front of mirrored walls, and a disco ball hung above. Its seediness packed in a crowd on weekends, and it offered tales that feed our appetite for the ironic: two Asians, initially in search of white guys, would pair up with each other, and Rice Queens – a label for non-Asians with a weakness for Asians – would be locking lips at the chime of midnight. Howard was always open to the probability that tonight could be his night. To him, every strike out brought him closer to a win.

Howard did get lucky, and it wasn’t at the N-Touch but at a party. When he later spoke of the moment he met Lance, he didn’t depict it as anything exceptional, which is exactly what renders it exceptional. Ten years younger than Howard and the boyfriend to another, in a moment as unpremeditated as two people stuck in an elevator, Lance was a shimmer of gold at the end of the rainbow. This was over a decade ago. Howard and he have since adopted a child. No pattern or design to love, indeed. The world is a labyrinth of portals that open to myriad destinies. Whether it is Salzburg during the rise of the Third Reich or San Francisco at the cockcrow of the second millennium, a door could lead to marvels that bless our lives with music. We just need the courage to turn every knob that comes our way.

I’ve always longed for adventure, to do the things I’ve never dared, and here I’m facing adventure, then why am I so scared?

So sings Maria on the path to the von Trapp mansion. We share her apprehension when we ourselves journey beyond our doorstep into the future, and just as she does, we assay to overpower it. Of this I would remind my students during my tenure as a lecturer at Cornell University. All ten writing programs I applied to in my first attempt at a fellowship rejected me, including Cornell, I’d tell them. I tried a second year, this time limiting my choices to eight universities with Cornell off my list. Again, I was declined admittance. On the third year, I had intended to stick to the eight, but added Cornell, and only as an afterthought because I had extra money to spare for the application fee. It was the one place that took me in. Every student in every class I taught appreciated this bit of myself that I confided in them. I saw the deference on their faces – mouths agape and absorption in the eyes. An easy climb up a mountain makes for a dull narrative.

We find strength in stories of dreams pursued. The outcome might be uncertain; failure is as much a contingency as success. Nevertheless, we believe in the best because life wouldn’t be worth our energy otherwise, so we strive in spite of the odds, and for this we deserve our laurels. 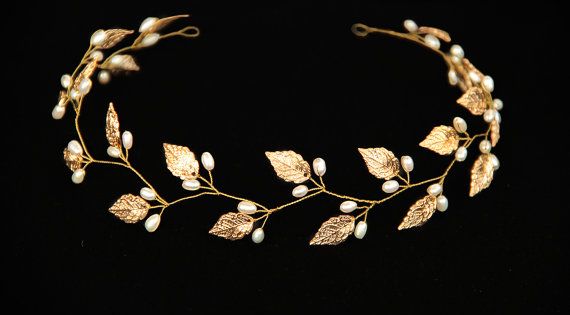