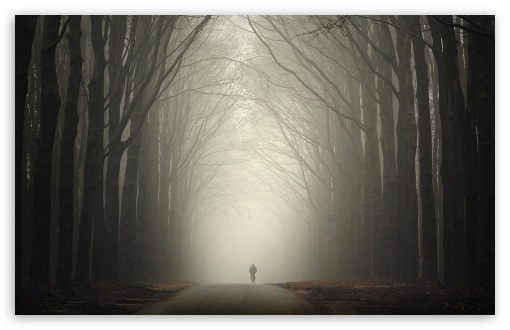 I wonder about women of a certain age in a country such as the Philippines, where people swear by the dogmas of tradition, who have never married, what their history is, what loves and passions might have torn them apart. My family had a cook named Lita. She was in her fifties and had been with us for close to 25 years when she suffered a stroke while in her sleep. She couldn’t speak upon awaking, and paralysis incapacitated her. The medic who tended to Lita informed my parents that had he arrived a minute later, she would have died. An operation was performed, followed by months of rehabilitation. This was a year and a half ago. Lita is now able to walk with a cane, although her speech remains impaired, and she is no longer under our employment. She is back in her hometown. The other housekeepers maintain contact with Lita. They tell my mother that her brother, who is meant to be her caregiver, is never present except to leech off her for money. “Does she have anybody with her?” I asked Cory, our current cook, over Christmas last month. “No,” she said. “So she’s lonely,” I said.

Yet Lita doesn’t let on about her difficulties. During her recovery, the maids were impressed by her resilience. “She pushes herself to get better,” they told me. When in San Francisco I had first heard of her stroke, I questioned what my outlook on the future would be had I been in her situation (would I will to live or would I choose to pull the plug?), and then I lamented that she would no longer accompany my mother on my mother’s visits. Still, her presence remains. Lita is a little woman, thin as a whippet with a black bob that frames a sallow face and hands made sturdy from years of grooming the kitchen into her dominion. Despite my mother’s and my prodding, she would prefer to stay in the condo rather than to tour the city, busying herself if not with our meals then with the laundry and other errands. On her downtime, she read Tagalog romance paperbacks. A cousin came to stay with us once, and she said to me, “Lita has a ring on her finger. I’m afraid to ask about it. It could be a sad story.”

If a sad story were linked to Lita’s ring, then it would be one, I imagine, on a cinematic scope. A woman hungry for affection, frail, secluded… a heroine of such a description exists in Fosca (Valeria D’Obici). The film is “Passion of Love” (1981), set in 1860s Italy, in a provincial castle that serves as a military outpost. There Captain Giorgio Bacchetti (Bernard Giraudeau) has been stationed. His dispatchment separates him from Clara (Laura Antonelli), his girlfriend in Milan, a woman beautiful in the classic sense of the word – angelic lips, elegant in form and demeanor, soft spoken – a contrast to Fosca, who is sickly and brusque. Under the care of her cousin, the colonel (Massimo Girotti), Fosca lives in the castle. Giorgio learns of her residency upon hearing her cough echo through the halls. Curiosity results in a meeting, and while he is appalled by Fosca’s appearance, he learns she has a poetic vision of love. She lives vicariously through romance novels, for although she was once a wife, it was to a count who had duped her into marriage only so that he could skedaddle with her dowry. Now Fosca wants Giorgio. He doesn’t want her, yet how persistent and near she is, and how increasingly far Clara grows and difficult, besides; Clara is married and mother to a young boy.

Melodrama feeds the soul. We might consider ourselves above the violins, too sophisticated to accede to the contrivances of emotion. For all our snobbery, we can’t deny that tears and kisses have their value; love is our first introduction to life. I shouldn’t be surprised, therefore, that Lita should be on the par of Fosca in her consumption of epic romances, albeit those penned by pulp authors and not by Jean-Jacques Rousseau. Whatever the literary caliber, love stories serve a primary purpose. So potent is the appeal of melodrama that even Stephen Sondheim, a man of refined culture if there ever is one, created “Passion,” a musical based upon “Passion of Love,” lavish with wondrous declarations of devotement, many of which come from Fosca’s lips:

For now I’m seeing love like none I’ve ever known, a love as pure as breath, as permanent as death, implacable as stone, a love that, like a knife, has cut into a life I wanted left alone… Loving you is not a choice, it’s who I am… I do not read to think. I do not read to learn. I do not read to search for truth. I know the truth. The truth is hardly what I need. I read to dream…

To dream. I’m on the same page as Foscsa. I dare say that Lita is, too. I don’t seek answers in films and books to questions about our journey on earth; rather, films and books are semblances of the lessons in life to which I am already a student. Whatever wisdom I gain, I will do so in reality. Not yet knowing what soul-stirring events I will experience is what gives birth to dreams, and “Passion of Love” is one story that insinuates no dream is improbable, which is what attributes Fosca her authority. She is a pestilence to Giorgio – omnipresent, tiresome, noxious. She is aware of this. Despite her apologies and endeavors at keeping her distance, the intensity of all that she is lingers in the air, infiltrates Giorgio’s thoughts, so that much about the invalid that the captain initially considers a nuisance causes a reversal in his feelings for her.

Love can happen to anyone. We know this. Even so, the questions we confront are ceaseless, riddles for every generation: What triggers love? What is it about a person that excites passion? Why do some of us grow old in solitude? Some years ago I watched a woman on TV talk about her son, a kid between seven and ten with burn scars that deformed his face. She recounted an incident at a restaurant, where the boy noticed seated a few tables away a man and a woman intimate the way lovers are. He turned to his mother and asked, “I’m not going to have that, am I?” Sincerity glistened his mother’s eyes as his mother repeated her answer to the viewers, that people will not always be kind to him, kind as he himself may be, but somewhere, somehow, someone will see beneath the surface all the good that he is; therein love will flourish.

These are hopeful words, neither delusional nor pandering. Dreams and hope go hand in hand. They’re a necessity as much as the air we breathe, the foundations of a future. So some of us may never marry. That doesn’t mean our hearts are dormant.