“Ice Castles” (1978) promises a story that will get you sobbing into a Kleenex. Let’s start with the Martin Hamlisch/Melissa Manchester theme song. Soft focus silhouettes naked trees. A figure skater performs loops and axels in a snowy wonderland. Hair Goldilocks blonde, she is covered from head to feet in white winter apparel. Music starts with the tap of a piano, a soothing tune that evokes a ballerina in a jewelry box, and then a lover’s plea:

Please don’t let this feeling end. It’s everything I am, everything I want to be. I can see what’s mine now, finding out what’s true since I found you, looking through the eyes of love.

Eyes are primary in “Ice Castles,” literally and allegorically. Lexie Winston (Lynn-Holly Johnson) is an ascending star, Olympic material. During an ice skating stunt, she suffers a fall, banging her head against tables and chairs chained together at the edge of the rink. The accident claims Lexie’s sight, which drives the girl to hole up in her home, dreams of gold thwarted, until boyfriend Nick Peterson (Robby Benson) demands she stop with self-pity and prove herself a champion. With Lexie’s will invigorated, Nick becomes her eyes.

“Ice Castles” doesn’t offer much surprises. The movie is set up so that from the moment tragedy strikes, we know our heroine will rise above it, doubly so upon the guidance of a handsome beau who serves as her motivational pillar. Yet as we all know, cinema speaks to us because it lends verisimilitude to our personal trials, a looking glass to the human ability to soar as a sparrow from the abyss of despair, and “Ice Castles” is no exception.

Now I can take the time. I can see my life as it comes up shining now. Reaching out to touch you, I can feel so much since I found you, looking through the eyes of love.

Tragedy recognizes no boundaries, an unwelcome presence lurking in the shadows eager to violate our well-being at any moment, anywhere. We could never have expected the turn of events on April 15, 2013. What started as a jubilant marathon in downtown Boston ended in chaos. A pair of terrorists detonated two homemade bombs concealed in a backpack. Building fronts blasted. Rivulets of blood flowed on streets and pavements. The attack killed three people and injured more than 260.

In the years since, the media have followed the recovery process of some of the victims, their resilience an example to all. Dancer Adrianne Haslet-Davis, her left leg now a prosthetic, has returned to the stage, and severe burns on James Costello did not prevent the man from finding love with nurse Krista D’Agostino. (http://people.com/celebrity/boston-marathon-bombings-one-year-later-5-inspiring-stories-about-survivors/) Newlyweds Patrick Downes and Jessica Kensky endured a combination of 40 operations on their limbs and ruptured ears, with Downes losing one leg and Kensky losing both, yet married they remain and indefatigable in their rehabilitation, which for Kensky included writing a children’s book, “Rescue and Jessica: A True Friendship,” based upon her relationship with her rescue dog. (http://people.com/human-interest/boston-marathon-bombing-survivors-patrick-downes-jessica-kensky-hbo-doc/)

Then we have the most famous endurance story of all, that of Christopher Reeve. (http://www.rafsy.com/films-1960s-1990s/superman-a-lasting-legacy/ ) In 1995, following an equestrian accident in which he was thrown off a horse, Reeve was hospitalized in a week-long state of delirium, only to regain his mental stability a quadriplegic. He wanted to commit euthanasia. His wife, Dana, didn’t deny his wish, but in her promise that she would never desert him if he were to give life a second chance, he turned his handicap into incentive for a new beginning. Reeve founded the Christopher and Dana Reeve Foundation and spoke at the Democratic National Convention, appeared on Larry King and gave speeches across the country, all on a mission to promote awareness of and fund research for physical disabilities. On the creative side, he remained as dogged as ever, producing and starring in a 1998 remake of Alfred Hitchcock’s “Rear Window” (1954) as well as authoring his autobiography, “Still Me,” and making a guest appearance on “Sesame Street.”

Nobody wants to go through what Lexie in “Ice Castles” does, and while we commiserate with her, we are tears and smiles when the end credits roll. “Ice Castles” is just a movie. Back to reality, we read the papers, walk the dog, and empty the trash, mindless of how crucial our physical faculties are in accomplishing the most routine task. To appreciate, we need to lose, as Boston marathoner Jessica Kensky did on that fateful April day in 2013; hence, the change in the way she reflects on the past: “I’ll think back to Christmas and say, ‘Oh, yeah. I had legs then, that Christmas’ or ‘Oh, I had a right leg at that birthday party.’” 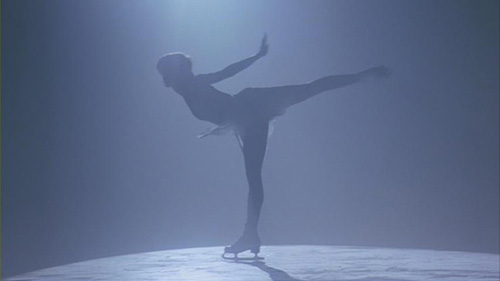 Lest we think we are safe in our bubble, darkness of another sort threatens to fall upon us. Heed the words of Great Britain’s heir to the throne (https://www.youtube.com/watch?v=MY2m6JKQKeY):

“A recent report suggests that attacks are increasing on Yazidis, Jews, Ahmadis, Baha’is and many other minority faiths. And in some countries, even more insidious forms of extremism have recently surfaced which aim to eliminate all types of religious diversity. We’re also struggling to capture the ripple effects of such persecution.”

Prince Charles’s 2016 Christmas speech summates a year that witnessed the rise to power of Donald Trump, Rodrigo Duterte, and Maha Vajiralongkorn. Trump took oath on January 20, 2017 as the 45th president of the United States of America. (http://www.rafsy.com/films-2000s-present/race-triumph-of-the-will/ ) This despite campaign speeches that roused antipathy among his supporters towards marginalized groups, primarily immigrants and people of color, and that inflamed Islamophobe by categorizing all Muslims as potential terrorists. It should be no surprise that the first head of state he personally called to invite to his inauguration ceremony was Duterte, himself notorious as the Donald Trump of the Philippines because of his denigrating remarks about women and persons with disabilities. Add Vajiralongkorn to the bag of questionable rulers. The Thai king has raised eyebrows on account of his womanizing and addiction to gambling, but none more so than when he appointed his pet poodle, Fufu, as air chief marshal of the Royal Thai Air Force in 2007.

With such amorality exhibited among the three, we can indeed only struggle to capture the ripple effects of religious persecution, which include the elimination of LGBT rights, an escalation in hate crimes, and the ferment of white supremacy groups. The F.B.I. has confirmed that by orders of Vladimir Putin, Russia – a nation that condemns gays and lesbians – hacked the American presidential election in favor of Donald Trump. The day after his win, swastikas were spray painted on walls and automobiles in cities from coast to coast. The bigoted ideology that these men uphold as leaders of two of the most powerful countries on the planet sets a dangerous example to humanity.

The world seems to be reverting to the 1950s, a decade Senator Joseph McCarthy mired in xenophobia with his Communist witch hunt, branding treacherous anyone who lived by convictions disconnected from Anglo-Christian values. Many are once again blind to the colors that illuminate our neighborhoods and deaf to the diversified voices that harmonize around us. With homogeneity enforced upon us, we are crippled from being true to who we are. Fear not. The 1960s came to the rescue. As Hillary Clinton pronounced in her last campaign speech, “Love trumps hate.” The cloudy days that loom nearby could only mean another Civil Rights Movement awaits in the horizon.

Like a figure skater, history goes in circles, and whenever champions fall, they get back on their feet. 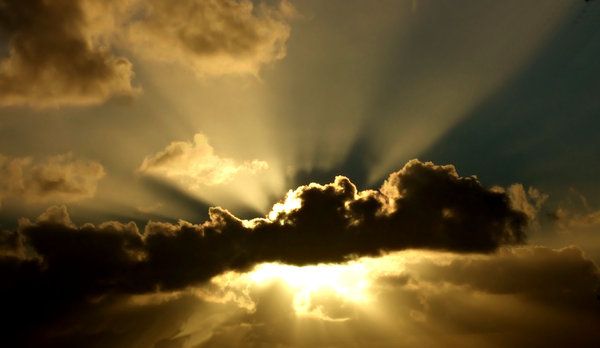