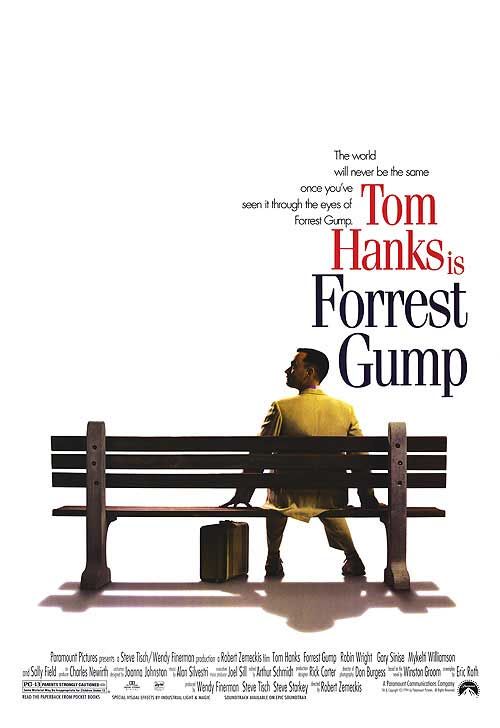 Life is like a box of chocolates. You never know what you’re gonna get. The first lines to “Forrest Gump” (1994) are candies for thought. A man trapped in the intellectual stage of an eight-year-old recites them, and aptly so; Forrest (Tom Hanks) is meant to be an inspiration for us adults to be in touch with our inner child. Reason exists to his philosophy, at least as far as his own existence is concerned. Marvelous things happen to our hero, all without a thought on his part. Forrest doesn’t plan. Neither does he gruel over education and hard work as the rest of us do. The only input required of him to wreak the benefits of the world is to get out of bed each morning.

For this mechanical act, Forrest’s lucky star shines upon him day to day. Through a series of coincidences and random occurrences, he becomes an honorary guest to the White House, an athlete who excels in a variety of sports from football to ping pong, a celebrity, and a war hero. Yes, a war hero. That a mentally handicapped person would be entrusted with a gun to protect our motherland is perplexing and frightening. But Forrest wouldn’t have gotten his chocolate in the form of the Medal of Honor otherwise, and certainly, we can congratulate him for rescuing comrades who stumble in the battlefield, even though he does so devoid of emotion. His rationale is that when something falls, to pick it up, not that a man is in peril and so needs help. He might as well be picking up a fallen pencil. That we understand what he doesn’t is apparently enough for Hollywood to construct a story on a character who drifts through life. Thank goodness this is just a movie, and one that requires its audience to suspend disbelief from beginning to end. There’s nothing real about “Forrest Gump,” nothing relatable. If there’s one thing “Forrest Gump” impels us to ponder it is this, that we must face the truth: life is not like a box of chocolates.

Life is more like a box of strawberries. How enticing that red fruit is. We salivate over the mere sight of it. Beware now. Not every picking in the box is as it appears. Getting the right strawberry is a gamble. The brightest and the plumpest of the lot can be sour, while a tiny one at the bottom, somewhat blackened on the side, can melt like a sugar cube on our tongues, and there are some yet that are as bland as they look and leave us neither discontented nor satisfied.

As I write this, I sit at the Haneda Airport in Japan for a ten-hour layover, en route from San Francisco to Manila for Christmas. I am flying Nippon Air (ANA). Normally, I take Philippine Airlines (PAL), which provides a direct flight. The fare, however, was 4K at PAL this year for business class. My sister’s agent found a pricing at $3,400 with ANA. I jumped at the deal. I was to leave in the morning of the 16th of December, Wednesday, for a two-hour layover in Haneda, where I would then catch a flight that would land in Manila at 9:45 pm on Thursday, the 17th. What a succulent choice, a strawberry ripe for the picking. I have historically departed on PAL on Wednesday night, with an arrival scheduled at 4:30 AM on Friday due to the international time zone. With ANA, not only would I be saving $600, but I also would be saving a day. In addition, I’d get a full night sleep on the bed of my youth instead of a restless repose in the odd hours of the morning. 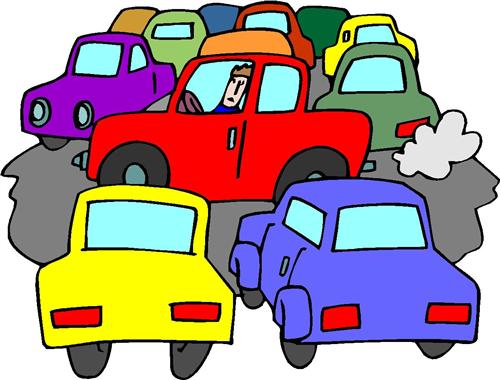 ANA turned out to be a bust. The carrier bumped me off my flight. Wednesday morning seemed to conspire against me from the second I called for Uber. Uber was going to charge me $56 to the airport as opposed to the $40 I have gotten in the past. I attempted to cancel, but the app on my cell phone for me to do so was out of service. Instead, I responded of my intention to a notification text. The driver called to say that he was waiting anyway. When I told him I’d rather not, he yelled that a cancellation was not an option. “Don’t yell at me,” I said. “I’m not yelling,” he yelled. I hung up on him. Inquiries with Luxor Cab revealed a rate of $65. Another attempt with Uber got me the $40-quote, only the time of my driver’s arrival would tick at five minutes… four minutes… six minutes… five minutes… seven minutes… six minutes… five minutes… eight minutes… As I was waiting outside my building, a taxi happened by, Luxor Cab.

By then, I was antsy. I had planned to be on the road at 8:30 am. It was nine. Streets were blocked off in the city, resulting in bumper-to-bumper traffic. What should have been a 20-minute ride turned into 45 minutes, during which the driver spoke non-stop about an ex-wife from 30 years ago who was jealous of his current girlfriend and how, having been young, he had not been ready to be father to the kids he had sired with the ex. “Will I be there by 9:45?” I asked. “Yes,” he said. My flight was scheduled to leave at 11:10.

9:45 it was, and yes, I made it. I fell in line at ANA. Once I reached the counter, the ANA representative told me that I needed to fall in line with the carrier supplying the aircraft, that being United Airlines. We’ve all flown United, have stomached the crowd while we wait… wait with patience exponentially drained… to get to the front. The seconds tick as if counting down to blast off, and we’re stuck, moving at the pace of a slug. Five minutes prior to the cut-off time of 10:10 for check-in, I was directed to another line, which wasn’t moving at all because a lady at the counter needed an issue resolved. A United rep informed me that I was too late. When I told her I had been waiting all the while, she waved her hands to shoo me off to another line and hurried away. Disgruntled passengers mounted by the number, as those barred from various flights piled up. Worse yet, aside from being rebooked, I was downgraded to coach because business class was filled.

This incident will come to pass. Already yesterday I dismissed it as a blip in life. Regardless, its aftertaste is not sweet nor will it ever be. It’s something I’d rather forget. After this posting, I shall never speak of the major inconvenience that United Airlines has dealt me. And although I had not anticipated it, I hold my share of responsibility. I made a conscious decision of ANA over PAL based on the practicality of spending less money and the advantage of being in Manila at a certain hour. Nothing of the arbitrariness in “Forrest Gump” occurred. I don’t regret my decision. What happened hasn’t rattled any hopes. Decisions I do regret involve those made from fear of rejection or failure – ignoring a guy I would rather have said hello to, sulking at home instead of attending a party, disregarding Tin House as a possible publisher to a story… Forrest doesn’t regret anything. That’s because he doesn’t lay claim to any decision.

As I said, the events of the past days are a blip in life. Most strawberries are as delectable as their packaging promises, and we make our choices wisely. Just don’t expect all of them to be coated in chocolate.