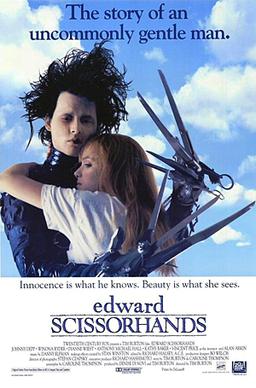 What persecution life would be if we were incapable of holding those we love. This is the curse our title hero in “Edward Scissorhands” (1990) abides by for his duration on earth. As if deprivation of human contact were not enough, Edward (Johnny Depp) has an added cross to bear. An inventor’s creation, he is immune to the biological function of aging, which renders the sum of his years equivalent to infinity. The inventor, a nameless genius in the guise of Vincent Price (he of the graveyard eyes and ghost-white hair mold) was not motivated by malice when he implanted an inanimate object with a heart and a brain. He wanted to make a man in the vein of Adam, the embodiment of kindness and innocence, a creature in his likeness who could reinstate Eden to the paradise God had intended, Eden in this tale being the garden to the inventor’s castle that rises ominous on a hill overlooking American suburbia.

For reasons known only to a genius, Edward has shears for fingers. The inventor intended to replace them with the tendrils you and I possess, only on the day he was to do so, he croaked. Alone, non-existent to the world beyond, Edward seeks solace in the garden, sculpting shrubs into animal forms – his imaginary friends – until the afternoon Avon lady, Peg Boggs (Diane Weiss), ding dongs her way into the castle and wisps Edward off to the neighborhood downhill, an enclave of houses painted the colors in an M&M packet. With his taciturn demeanor and lugubrious eyes, our hero is a hit, particularly among the ladies, all of who offer him their heads so that he could groom their hair after every fad of the 20th century from the beehive to the asymmetrical cut.

No tale of innocence lost would be complete without a love interest. Here she is in Peg’s daughter, Kim (Winona Ryder), Edward’s light and darkness. Because of her, Edward soars so high that he kisses the moon. Because of her, he plummets so low that his existence henceforth is a bottomless pit. A nick on the cheek, a gash on the hand, blood, tears… for all the beatific transports of love, it can also rip our flesh and drain us of our substance, leaving us dry and forsaken. How can it be that an embrace, an act expressive of compassion, can inflict harm? Perhaps this is why break-ups happen.

Such partings need not be exclusive to a romance. A friendship can suffer the same fate, the kind of friendship between two persons so emotionally conjoined that a disagreement, minute as it may be, results in a reaction the toxicity of a power plant explosion. When the parties involved both happen to have sensitive personalities, the relationship is all the more fraught. So it has been for Doug and me these past 25 years; we are proportionately guilty of cutting one another to shreds.

The night  Doug and I met I was wearing a brown button-down shirt with white stripes, one designed by a Japanese label, and a pair of GAP jeans. (I have a knack for remembering my attire on life’s impactful moments.) A friend, Eric, introduced us at the End-Up, a San Francisco club with a dance floor and sliding glass doors that lead to a back porch, the perfect set-up for a co-mingling of bootie wiggling and conversation. Eric was one of my first gay friends upon my move to San Francisco half a year earlier. He had been telling me about Doug, describing him as this cute guy from the Midwest who had an affinity for Asians, while simultaneously informing Doug about me so that by the night Doug and I first shook hands, our curiosity for one another had already been roused. He has thick palms, I thought. And, of course, I was taken by Doug’s boyish handsomeness: brown eyes, brown hair succulent curly, and a cleft chin.

Not until a barbecue shortly after that night did Doug and I exchange numbers. We went on a dinner date. He was quiet throughout the meal, speaking only when I would ask questions and smiling at my effort to fill the silence; I was so at a loss for dialogue that I rambled on about tennis lessons I had taken at 13. Regardless, we went on a second date. On this occasion, I was more hopeful. I threw a duffel bag of condoms and lube into my car trunk, then I drove us to Twin Peaks, a hill where couples make out in their cars to the panorama of the city, balls of light scattered about like an ocean of electric pearls. Though Doug and I might have kissed, the duffel bag never left the trunk. As we called it an evening, Doug held my hand. Politely, he said that he enjoyed my company but that he wasn’t looking for a boyfriend. He did call me three days later, this time with the intention of a social interaction, and herein began our friendship.

Just as with Edward Scissorhands and Kim Boggs, Doug and I became close in gradual steps, none of this crashing sensation of two persons having found in each other a kindred spirit. We developed a bond that could not have been possible had we been lovers. As a result, no filter exists to screen our words. Doug has a self-deprecating sense of humor, the very virtue that has been the root of our many arguments. His fair complexion, his self-perceived skinny legs and other physical “flaws,” his attraction to men of color… Doug has joked about these. Frequently. But the jokes are his alone to make. Should anybody else poke fun at him on the same matters, he would consider it an affront, which he has accused me of committing. I have shot back by telling him he has no intellect. My rejoinder occurred in a video store. We were searching for a film with which to spend the evening. That he considered boring my choice, “The Story of Adele H” (1975), uncorked my arrogance. 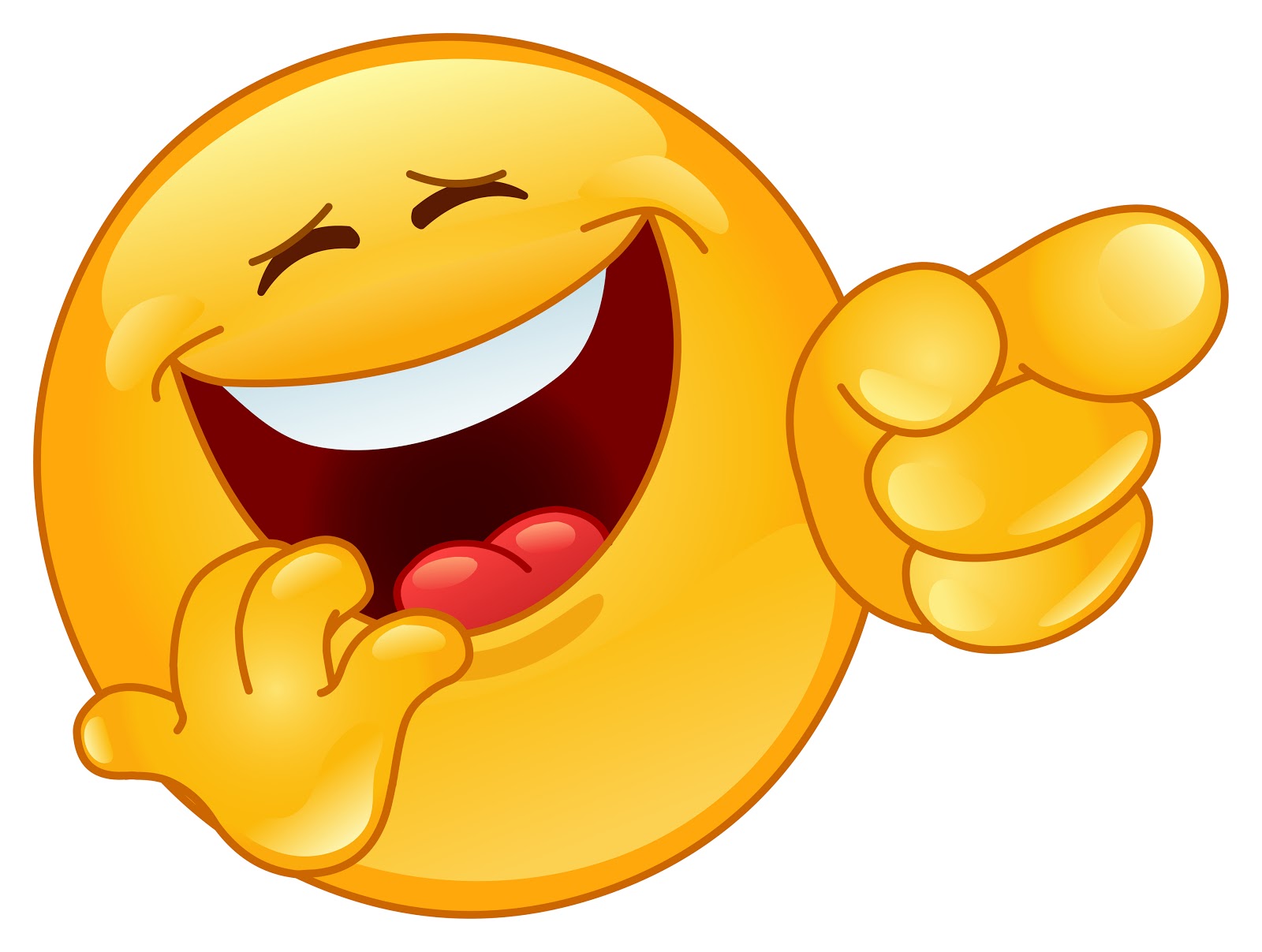 Not that Doug isn’t worldly. He and I have a shared interest in cultures beyond the comfort of our upbringing and an appreciation of beautiful things. We dress similarly in blazers and tailor-cut shirts. He studied in Scotland and has toured Asia. He read “One Hundred Years of Solitude” upon my recommendation. Yet the criticisms we hurl at one another, how they cut. He is callow for never remembering my birthday. I am trivial in my demand that he keep my home tidy during his stays. He is infantile in his temper flares. I am cruel for calling him a child. Nevertheless, present in each other’s lives we will always be. As Doug himself has admitted, we’ve been friends for too long for one to do without the other.

We accept our friends’ foibles as much as they accept our own. Ultimately, their assets win in the end. This is the benefit friends have over lovers. Edward and Kim never get the gift of time to develop the flame that kindles between them… so dangerous is Edward’s touch that he can only adore Kim from afar… but for the brief moment they do have, she uncovers the human beneath the freak, and this enables her to grow from a spoiled girl crazy about the neighborhood meathead of a jock (Anthony Michael Hall) to a woman who comes to understand the true meaning of love. This is the Kim whom Edward cherishes forevermore.

As for Doug and me, we live in two different cities now. He is in Los Angeles, while I remain in San Francisco. It’s just as well. The last time we spent time together, two Thanksgivings ago, we were at each other the way a dental drill strikes a nerve. Apart from him, I heed little thought to our outbursts. I remember instead the way we were – two young guys fresh in exploring our identities as men attracted to other men, grateful that through this one commonality, we found other mutual interests that made us feel we had finally found someone to belong to. 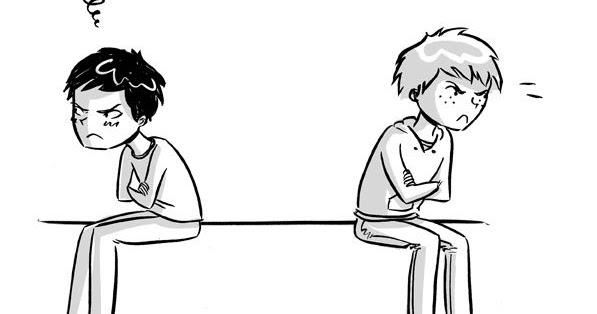