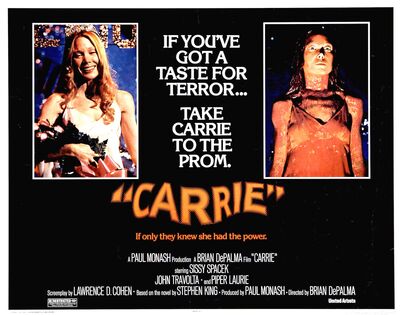 Sissy Spacek portrays the titular character in “Carrie” (1976), the Stephen King tale of a teen who possesses telekinetic powers that unleash a high school blood bath. I was nine when I first saw the film in Manila, and I couldn’t stop talking about it. Scenes today iconic slaked my appetite for over the top cinema: girls harassing Carrie White in a locker room shower as she experiences her first period; our heroine, the butt of a bad joke, soused in pig vital fluids; prom partiers trapped in a blaze; and flying daggers that crucify Carrie’s bible fanatic mother (Piper Laurie) on the pantry door. Hardly viewing for a child, the film shows in mortal form evil elements already present in many Disney classics. “Sleeping Beauty” (1959), “Pinocchio” (1940), “Snow White and the Seven Dwarfs” (1937) (http://www.rafsy.com/films-1920s-1950s/snow-white-and-the-seven-dwarfs-someday-my-prince-will-come/)… they all depict a battle with a dark force. We can say then that Disney is a precursor to the real deal, a mousy girl who moves objects with her mind, and not always to meritorious effects either. And yet, we like her because we are like her.

“Carrie” is about bullying. Therein lies its global appeal. For all the doting we get in the home, outside is a different matter. I speak on behalf of the best authority. In nursery school, on days that I arrived early, the classroom would be empty. A flight of stairs led to the front door. Before I’d exit the car, I’d trail my eyes up each step in dread of what lay in store for me at the top: the teacher’s son would sit me on a chair then slam a basketball against my face. During Physical Ed in the fourth grade at the International School Manila (ISM), we had to climb a rope. A boy turned to me as he and I approached the front of the line, and with a look of alarm, he asked, “Are you all right? You look pale.” Curt was a rare one to express concern. Soft and clumsy in sports and always the last chosen to a team, I was the subject of many an insult for fumbling up a chance at a goal or a home run. Guys dubbed me Fagalito. Jeers due to my fey mannerism persisted into high school. While at Bancroft Elementary in Walnut Creek for the sixth grade, my girth had been thrown into the mix since I was so fat that, one day, a button popped out of my shirt.

That was the 1970s and the ‘80s. Bullying in the computer age has grown ever more barbarous. Teen suicides are rampant. Audrie Pott and Jadin Bell, both only 15, hung themselves in 2012 and 2013 respectively. The former was sexually assaulted by three boys who posted online pictures of her taken during the rape, and the latter was harassed both in person and on the internet for being gay. Megan Meier, 13, had been struggling with weight and self-esteem issues when she, too, hung herself in 2006 because a boy who had seduced her on the social network, MySpace, ultimately rejected her, claiming, “The world would be a better place without you,” and in 2010, 18-year-old Tyler Clementi jumped off the George Washington Bridge in New Jersey after his Rutgers roommate, without Clementi’s permission, urged friends on Twitter to watch via a hidden webcam the victim kissing another boy. To save lives, anti-bullying campaigns have been launched, the most widespread being the It Gets Better Project. Initially created for LGBT youths, the project is now inclusive of all people at that impressionable age, and it features the likes of me, adults who have survived the meanness of our peers from long ago, as we speak on video of a promising tomorrow. Not only a tragedy, these suicides also highlight a helplessness inherent in us all. As a faculty member at the Cornell Writing Program said in a talk on the personal essay during my stint as a lecturer, “Whether a homecoming queen or a jock or a nerd, everybody has an insecurity. Everybody has felt lost or that they don’t belong, that they wish something about them were different.” Empathy spurs compassion. Some are more heedful to their aptitude for this than the rest of us; thus, charitable souls in “Carrie” like Sue Snell (Amy Irving), gym teacher Miss Collins (Betty Bukley), and Tommy Ross (William Katt). Tommy is Sue’s boyfriend who escorts Carrie to the prom upon Sue’s goading that he distance himself from the popular clique and do something nice for an outsider. He actually has a pleasant time with Carrie and Carrie with him, and Sue is pleased to see the girl being accepted and liked.

There must be a God. Could it be  that He has heard me at last  because you look at me  as though I’m beautiful? Could it be the lady is me? I never dreamed someone like you could want someone like me… So, c’mon let’s dance, let me have it while I have the chance ‘cuz there’s another world where there are other girls, but tonight there’s only me. At last, Carrie has reason to smile. She is actually very pretty. Flowing hair, freckles, a slip dress that hints at womanly curves, she’s a virginal vision that stands out from a pack of girls hardened beyond their years. She and Tommy gaze into each other’s eyes. Neither one wants to let go of the other. He leads her across the dance floor, to a song with lyrics that voice her emotions, as the camera closes up on the precise second when two people fall in love. If only “Carrie” could end right there, happily ever after. But the world is cruel. Nasty girl, Chris Hargensen (Nancy Allen), and her douchebag boy slave, Billy Nolan (John Travolta), have a trick in store that will make movie history. The slow motion moment when Carrie, crowned prom queen, stands beaming with a bouquet of flowers in hand, only for the radiance on her face to blacken upon the shower of pig blood that drenches her from head to toe, as if she had been dumped in a barrel of red paint, is orgasmic. Watch it. Notice your jaw drop. Listen to yourself gasp. It’s horrible… and thrilling.

Carrie has her revenge. Under the ire of her telekinesis, people burn and die. The captions roll. We are back in reality. Kids continue to be bullied. We are sad for them and feel the bite of guilt, as well, because we realize that there have been occasions in which we have not been the nicest of people. Fact: a dose of Chris and Billy courses through our veins just as Carrie does.

At Bancroft Elementary, I may have been picked on but not as harshly as a boy named Scott. Blond and pale, quiet and portly, Scott was an easy mark. Although I have no recollection of the heckling targeted at him, his face one day ended up under my foot. We were mounting the ladder to a slide, he behind me, when I lost my toehold and my heel landed on his cheek. Scott didn’t say a word. I didn’t apologize. He was red, though not from the pressure of my shoe as much as from humiliation, and with eyes averted, he gave a smile as if being stepped on were a matter of course. In Manila, at ISM, I was verbal to two Richards. They both wore glasses and had bangs. One was Chinese with a diamond-shaped face and responded with a lost expression when spoken to. The other was American, lanky with reddish-blond hair and a narrow face, and when he ran, he appeared as though he were prancing on hot coal. I called them “retard.” 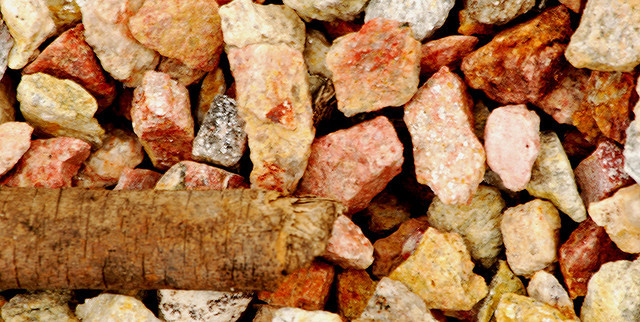 While I haven’t forgotten those who bullied me, I more strongly hold in memory those I bullied. Sticks and stones break bones, but bones heal. Words inflict a hurt that never quite dissipates. Certainly, life does get better. We grow up, and all that was hell during our school days is relegated to a corner of the past. Unfortunately, not everybody survives, and thus we remember.