It has neither plot nor characterization, neither a sweeping romance nor a family saga. It induces sleep mid-way through its three-hour run, and it has scenes that throw me into a quandary. Even so, Stanley Kubrick’s love letter to humankind, “2001: A Space Odyssey” (1968), is one of the most spellbinding films I have ever seen. When the curtains draw, the audience is faced with silence and a black screen. Then a miracle. The sun rises to shed light on this new world of ours to the bombast of Richard Strauss’s “Spach Zarathustra.” It is a birth akin to the emergence of a baby from the darkness of the womb into the brilliance of life. Earth is an expanse of dust and mountains rather than an Eden of vegetation, and instead of Adam and Eve, we have apes. They hunt. They commune. They make tools out of bones. One ape throws a bone into the air that it has used as a weapon for murder. As the bone descends, this is where I realize I am in the presence of a soulful storyteller. A spacecraft in orbit replaces the bone, and suddenly we are four million years into the future. No other moment in film history has encapsulated the ingenuity of human evolution than this singular image. It knocks the wind out of me. 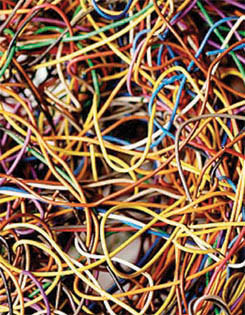 Film historians dissect “2001: A Space Odyssey” with the sedulousness that theologians do the bible. I haven’t read any of their analysis. I have no idea what the monolith represents nor do I care to. Its appearance in Prehistoric Times is weird, driving those simians crazy with its emission of a strident trill, and every time it pops up in other scenes, I am lost in space. Kubrick’s prophetic vision of machines outsmarting us humans is what astounds me. The director presents a more convincing picture of our destiny than does Nostradamus. Case in point. I do a lot of data entry at work. Once, I input something that generated an error, which caused a temp (not even my supervisor) to chide, “You did something wrong. A computer never makes mistakes.” And just last week, Turbotax prompted me to manually fill out paperwork and mail my returns because I fumbled up on the website. How could Kubrick have presaged any of this? We may not be confronted with a nemesis on the level of Hal, the devil in the form of wires and buttons that sabotages a mission to Jupiter and that ejects into space astronauts intent on short-circuiting its dastardly deeds. Still, the headache a computer can generate makes me want to smash it.

In the end, man wins. This is why “2001: A Space Odyssey” is beloved. Hal’s wires are disconnected. The hero in the fight between Frankenstein and the monster he has created is astronaut Dr. Dave Bowman (Keir Dullea). Bowman lives on, ages, and becomes bedridden. At the point of death, the touch of a monolith that appears at the foot of his bed transforms him into a fetus enclosed in an orb of light adrift in space. Imagine the intellectualism critics have applied to this symbolism.

For me, my reading of it is visceral. Here it is. The mysteries of the galaxy are fathomable compared to the enigma of human inventiveness. What we have achieved with bones and rocks is as bedazzling as the sun, as enormous as the great unknown. Every death leads to a birth. The perpetuation of our species takes us leaps and bounds above the breakthroughs of the previous generation.

We humans are the center of the universe.

I do not deny that this is an intimidating concept, especially given that everyone in the film is a scientist. As such, we are under the impression that only Einsteins are capable of contributing to the world. That’s all it is – an impression. If this were a fact, then what am I doing here? I scored 450 in my SAT mathematics. A grade of B- in Biology 101 my freshman year in college was reason for me to celebrate. With a record such as that, I might as well be a number the world does without as a means of controlling the population surplus. Fortunately, I’ve got other talents as do the rest of us who are right-brained, and even for those who love deciphering puzzles, an invention doesn’t have to be complex, at least not according to the standards of a techie nerd. Take the printing press. When I mentioned to a friend upon the arrival of the second millennium that Johannes Gutenberg’s machine was one of the greatest inventions of all time, he dismissed it as an object constructed of wood and ink, insignificant compared to what Steve Jobs has given us; anybody could have made the printing press. Not true. That clunky thing put an end to the Dark Ages and ushered in the Age of Enlightenment, disseminated education to the masses, and gave rise to the Reformation. The change in Europe was so cataclysmic that it resounded in the far corners of the globe. The Age of Exploration would never have occurred otherwise, so where would you and I be today? We can thank Gutenberg for the voyages across the seven seas our forebears took to bring us to where we are. Whatever role we play in society, whether big or small, is vital to the flourishing of a civilization, which is why the apes in “2001: A Space Odyssey” go haywire when one of their kind bludgeons to death a fellow primate and why we are as courteous to the janitor at work as much as we are to our boss. We need to be kind to ourselves, as well. I am learning this every day. The routine of a desk job I have established for myself has made life stagnant, and I tend to dwell on what I’d rather be doing. Then I remind myself that I am already engaged in my heart’s desire, albeit one tiny step at a time. I write daily. This blog gets me out of bed. I had the guts to introduce myself to a guy a couple of weeks ago whom I had been admiring from afar. Whether or not he likes me back is irrelevant; I finally made a move. One small dose of a reward will lead to a gold mine. Someday.

So don’t hold back in pursuing your passion, whether it’s opening a coffee shop or penning the next great American novel. Trepidation will not stop time. As Stanley Kubrick shows us, our duration on earth is a flash in the infinite cycle of creation. That’s exactly as it should be because that it is how magic works: life lasts a mere moment, but its legacy is everlasting.