It used to be that GQ and Playboy were the only magazines that served as guidebooks to being a man. They detailed the art of dressing well, offered tips on gentlemanly behavior, and allowed for fancy getaways (if only through pictures and words) by means of the flashiest sports car or the sleekest jet. Mr. Hefner even provided us men the company of naked ladies airbrushed to perfection. Nowadays the selection has increased exponentially to include those that promote bodybuilding. Male movie stars have adapted to the trend. They have to or else they wouldn’t have an audience. We are in the golden age of the action movie. With terrorism in the Middle East casting a net of destruction across the globe and gun-wielding monomaniacs spitting out bullets in our neighborhoods, we need more than ever to believe in superheroes. On magazine covers, juxtaposed with lines that advertise tighter abs and bigger biceps, are the likes of Chris Evans (a.k.a Captain America) and Henry Cavill (a.k.a. Superman) in form fitting tees, their muscles on the scale of the Hindenburg. Even absent of a cape, our movie stars tout invincibility. In “San Andreas” (2015), Dwayne Johnson maneuvers a speedboat over a tsunami, lifts heavy objects underwater without the necessity of an oxygen tank, and equates landing a spiraling helicopter to a ride in an amusement park. No wonder the guy is nicknamed The Rock. He’s as solid as Mount Rushmore and as emotionless.

This is what it is to be a man in the 2010s – bodacious in musculature and unflinching in danger, a fearless Samaritan willing to plunge into daredevil situations to rescue others. It’s impressive… for Imax. As united as we are in protecting the world, we can’t know for certain what we’d do if a crackpot emerged from a park bush and pointed a .45 caliber at our picnic partner’s head. I, for one, am not equipped with Jason Statham’s karate chops. The predicament can bring out either the worst or the best in us. There’s something, therefore, to be said about old movies. While today’s actors embody our comic book fantasies, those of yesterday exhibit traits attainable on a human level, character over brawn. Name some of the greats: Humphrey Bogart, cynicism plastered on that smirk; stoic Joseph Cotten; James Stewart, the poster boy of small town diffidence; perennially nervous Jack Lemon. Disparate as their onscreen personas were, they shared one quality – nobility. Even when they lost, they walked away as winners, their lot made all the more poignant with a vulnerability that revealed itself with the inflection of a word and a wistfulness in the eyes. If there’s one I would hold as the king of them all, it would be John Garfield, the artist who brought method acting to the big screen. “The Postman Always Rings Twice” (1946) introduced me to Garfield. As Frank Chambers, a lone voyager dulled by the endless stretch of the California freeway, he stops for a rest at a roadside diner, where Cora Smith (Lana Turner) – in halter top, derriere-boosting shorts, and a blonde bouffant as icy as snow on a mountain top – seduces him with a swivel of the hips and lips parted ever so softly. He must wonder what the hell this foxy chick is doing at the end of the world. Then again, that’s the West, a barren frontier that has gold buried in nooks and crannies, only this bijoux is married to a fat bore (Cecil Kellaway) who is also the proprietor of the diner. Plus, she’s got murder on her mind. The destiny of love being what it is, Frank’s arrival provides the opportunity to rid husband Nick from her life.

Frank’s a bad guy, you might say. It isn’t that clear-cut. As in every gripping story, a complexity imbues the character. Frank is not evil as much as he is flawed, an everyday man enslaved to lust. Bombshell Cora so blasts the sense out of him that he’d do anything for her and he does but with brows a profusion of sweat and face twisted in torment. We could hear his heart beat in his every breath. Poor guy has never loved this much before. He knows what he’s about to do is wrong, but it’s the only way he could have her. We often aver that we would die for love. Would we kill for love? 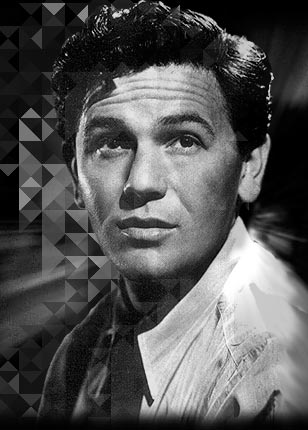 This is why I am a John Garfield fan. He’s manly in the true sense of the word – features on the rough side, a blue collar cadence, and a lumberjack swagger – yet he knows how to wear a suit, and he’s got a multiplicity of emotions. He can be as timid as a kitten or as ferocious as a lion. Observe Garfield in “He Ran All the Way” (1951). He’s Nick Robey, a thief on the lam with a stash of dough. To evade the cops, he woos a girl by the name of Peggy Dobbs (Shelley Winters) whom he sidles up to in a public swimming pool so that she invites him to her home, where he takes her family as hostage. Surprise, surprise – the two fall for each other. But there’s a reason for this other than the mating factor on which movies capitalize. In witnessing the Dobbs’s domestic stability and with love now available to him, Nick exposes himself a rejected child robbed of a moral foundation, an injured animal that was cast into the wilderness to fend for itself.

Garfield’s own life didn’t end so well. He died at 39 of a heart attack, some say of a broken heart. His career was terminated when the U.S. Congressional House Committee on Un-American Activities blacklisted him on account of his refusal to name colleagues of possible communist leanings. He had co-founded the Hollywood Canteen, which during World War II offered dancing, entertainment, and free food to American servicemen, had entertained the troops overseas, and had played a soldier in patriotic films. From Hollywood royalty to pariah, Garfield appealed to the committee to consider his numerous acts of nationalism, though he would never snitch.

This is what it is to be a man. Superheroes can do all sorts of sensational feats. They can scale skyscrapers, infiltrate a labyrinth of explosives, hang from airplanes, dodge bullets with the alacrity of a metal target in a shooting gallery. Whatever. We ordinary men have as armory no such abilities but something exceptional even so: our word of honor.