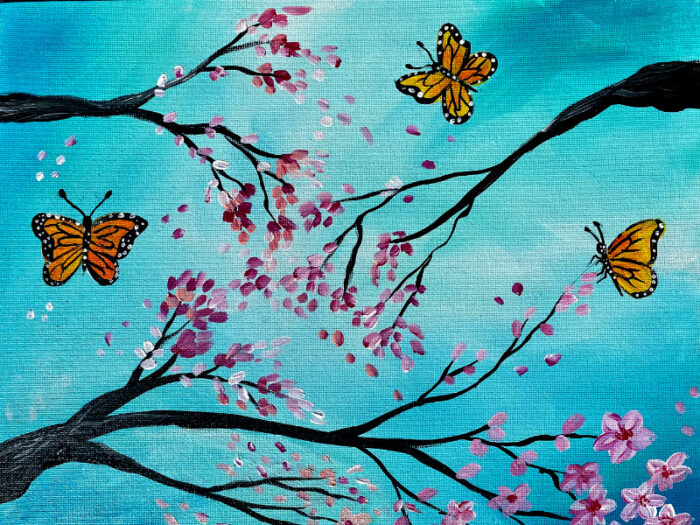 My cousin, Liza, died of cancer within five months of her diagnosis a little over ten years ago. At her wake, her husband, John, spoke of her no-nonsense attitude shortly towards the end. (“I started bawling. She said, ‘Come on, we need to talk about this.’”) Liza had a list of what was to be done when she was gone: 1) their three-year-old daughter, Sophie, was to inherit her jewelry once the child came of age; 2) photographs of Liza must remain on display in the living room so that Sophie wouldn’t forget her; 3) after a year, John would be free to remarry. Such systematic thinking struck me as lionhearted. Despite the enervating effects of chemotherapy, Liza chose to take control of the situation, giving stock to the tenet that every gray cloud has a silver lining. We never truly realize of what we are capable until adversity strikes, and my cousin is evidence that what we discover of ourselves can be exquisite. Cinema knows this, and therefore the repository of films on bravery and illness. Liza was well aware that only by exhibiting toughness could those around her overcome bereavement. She was 39. Young, but there have been cancer victims significantly younger – kids, really – and as such, their stories effect admiration among us adults. One of the most recent is “Me and Earl and the Dying Girl” (2015). 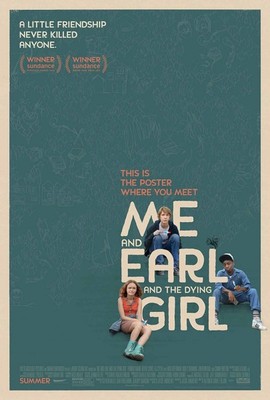 Rachel (Olivia Cooke) and Greg (Thomas Mann) are high school seniors. Although they are also neighbors, they aren’t friends. Not that they dislike one another. The dissimilarity between them in interests and personalities prompts nothing more from both than a mutual feeling of disinterest. However, Greg takes the initiative to spend time with Rachel, if only because of the badgering of his mother (Connie Britton), who tells the boy it’s the least he can do for a girl just diagnosed with a relapse of the big C. Upfront fellow that he is, Greg informs Rachel that he isn’t doing her any favors; rather, she’d be a benefit to him because his visits would get his mother off his back. For the sake of a story, the two get along royally, although not without their road bumps. Greg is susceptible to bouts of self-absorption. Rachel at times wants to give up. He’s a typical teen who worries over self-image. She’s an anomaly whose condition forces her to repudiate adolescent rites of passage. Still, friends they become. Greg has a quirkiness that appeals to Rachel’s grown up sensibility. He’s a movie aficionado, and with a pal named Earl (R.J. Cyler), he creates shorts based on the classics: “The Rad Shoes” for “The Red Shoes” (1948) (http://www.rafsy.com/films-1920s-1950s/the-red-shoes-passion-and-sacrifice/); “2:48 P.M. Cowboy” in homage to “Midnight Cowboy” (1969) (http://www.rafsy.com/films-1960s-1990s/midnight-cowboy-love-in-all-the-wrong-places/); and “Gone with My Wind,” a spin-off of the Oscar-winning Best Picture of 1939 (http://www.rafsy.com/films-1920s-1950s/gone-with-the-wind-another-day-another-chance/).

In their nod to the film canon, Greg and Earl perpetuate the timelessness of great stories. No tale is ever antediluvian when it takes us on a voyage across the map of the human heart. While both find in Rachel a subject for the camera, I realize as I write this how little I know of Liza and to what depth a story can be built even so on the meagerness of material. Liza was an all-American girl of the 1970s and early ‘80s. Every summer break from school in the Philippines, I would visit her in San Diego, where she grew up an only child to my father’s sister and a dad who would tease her and a friend with the sobriquet Nabisco Twins on account of their shared weakness for Oreos. She, Tita Elvie, and Tito Ed lived in the kind of house that populates every suburban landscape – a rectangular dwelling beneath a triangular roof, behind which mowed grass carpeted a square garden. A stack of Seventeen magazines sat in her closet shelf, and a poster of Scott Baio hung on her bedroom door. We were pen pals. During college at Loyola Marymount, Liza wrote me a letter that included a diagram of her dorm, plus a listing of her classes and activities. Such was the extent of our communications, never past the routine. The diagram did occupy a generous half page, though, and much of herself that she never put into words, her penmanship revealed – oblongs and circles, swirls girly-whirly, a visual manifestation of her voice, which even in womanhood possessed a girlish cadence. Liza was a person of convention.

In its perfidious way, cancer underscores the portrait of this quintessential American girl. “Every family has lost someone to cancer,” John said of a fact learned in the course of this ordeal, one that surprised as well as consoled, and as rage overwhelmed Tita Elvie, Rita, the wife to another cousin, had to remind her, “You’re not the only one.” Knowing we aren’t alone in an imminent loss counts for a lot. On a routine basis like a clock chime at midnight, Hollywood churns out a movie that speaks of our grief, of this saga that persists from one generation to another, a statement that our loss is everyone’s. “Terms of Endearment” (1983), the most famous of the lot, features Shirley MacLaine and Debra Winger enact a mother’s worst nightmare of helpless witness to a daughter’s battle to stay alive. In “My Life Without Me” (2003), Sarah Polley’s Ann, a 23-year-old janitor who learns her days are numbered, tape records messages for her little girl to play on each birthday until the child turns 18. Seth Rogen in “50/50” (2011) is Kyle, comfort in the form of comic relief to Joseph Gordon-Levitt’s ailing Adam. Whether affluent or on welfare or a yuppy, anyone is a target for cancer. The disease is so widespread that it is ensconced in our national psyche. 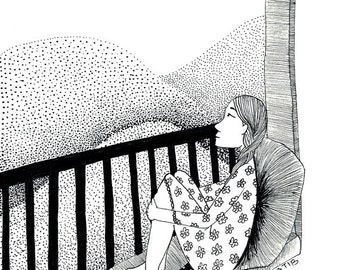 Stories humanize each statistic. Rachel of “Me and Earl and the Dying Girl” herself is graced with an artistic temperament. Although her eloquence testifies that she is well read, we don’t learn until the end that books to her are more than calisthenics in vocabulary. Greg discovers between front and back covers stairs carved into pages that descend into an empty pit. On the steps, minuscule replicas of Earl, Rachel, and him sit a distance apart. Loneliness had been Rachel’s companion even before cancer. She saw it in her mother (Molly Shannon), a lush whom her father had walked out on and the one person she worries about. She wants to give up. Then again, mom needs her; friendships are thriving; and everybody within her orbit is planning for the future – SAT’s, college applications, and the prom, the entire rigmarole of high school. As classmates lose sleep over whom to ask to the dance of all dances, Rachel grows increasingly certain of one truth: no matter the seeming inextricability of a bond with another, we are all ultimately left on our own because everything in life is finite.

Except art. Just as Greg and Earl uncover facets of Rachel as fodder for a narrative, so it is for me with Liza. Anecdotes about my cousin in the days of her wake were chock-full, as they are inclined to be when mourners gather to commemorate a life. I would never have known her aversion to lilies, my choice of a flower to a funeral wreath, had my aunt not sought my pardon since Liza had requested that no lilies be present, she having been allergic to them, so the wreath was relegated to the foyer. Upon learning Liza was sick, Sophie would place Hello Kitty bandages on her. What cheer this must have brought my cousin, and fitting besides. With baby full cheeks, doll lips, and floral round eyes, one of which a birthmark dotted in the sclera, Liza somewhat evoked a Sanrio image. The advent of middle age neither grayed nor slowed her. She had her sight on a cruise for her 40th birthday. A friend was to be her travel mate, two bosom buddies since girlhood together in honoring a benchmark in the passing of the seasons. Alas, it was not meant to be. “Your bags are packed. The ship is waiting. You’re ready,” Angela eulogized. “Go on without me, and I promise that when the time is right, I will follow.” 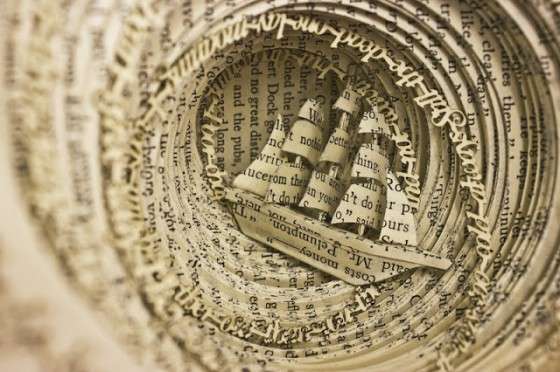 The death of a beloved before one’s time is a never-ending story. Children grow up. Parents grow old. Spouses remarry. The world turns. Regardless, something in us remains incomplete. Enter the cinema. In this most universal of American inventions, we find solace as we band with others in memory of their own dearly departed so that together we could create a communal narrative.